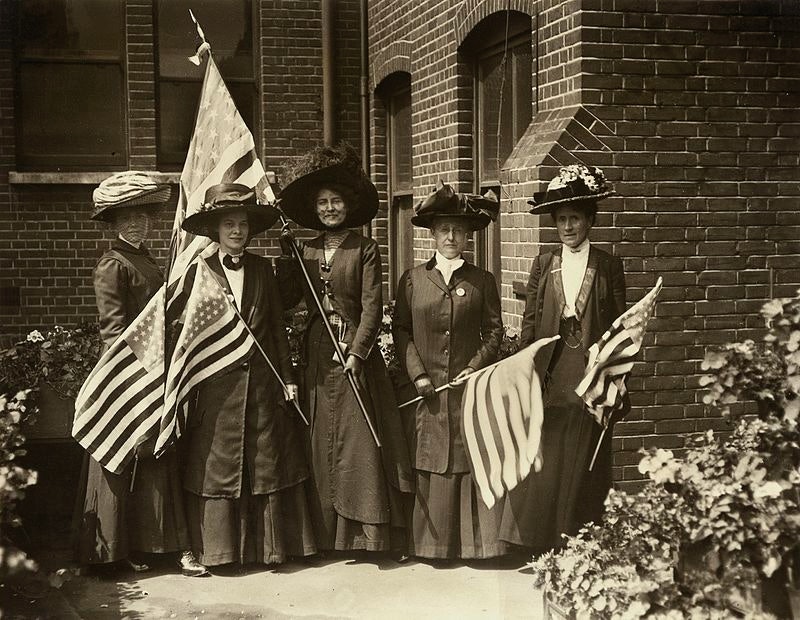 London School Of Economics Library
By JR Thorpe
May 15, 2017

Considering the complete maelstrom of chaos that's dominating US politics these days, it can be a challenge to spend much time thinking about past political struggles — and how recently they occurred. For example, though 2017 saw massive Women's Marches around the U.S. and the world, it can be easy to forget that US women haven't had the right to vote for even 100 years yet; the Nineteenth Amendment, which gave U.S. women the right to vote, was ratified in 1920. And though today we're aware of both the great things that suffragettes achieved and the many problematic things they did (such as engage in racist rhetoric and actions, like making women of color march separately or not at all), we don't necessarily have much understanding of how they were received by the culture at the time.

Today, May 15, marks the 148th anniversary of the founding of the National Women Suffrage Association — which makes it a great time to take a look back at how suffragettes were viewed by the media in their era. Because when it comes to coverage of protest in the media, a lot has changed — but a lot has stayed the same, too.

If you thought that people were any less vicious before the creation of Twitter, you're in for a shock.

More like this
Here’s Your Daily Horoscope For August 8, 2022
By Mecca Woods
The Best Time To Date After A Breakup, According To Experts
By Bustle Editors
The 4 Most Forgiving Zodiac Signs
By Kristine Fellizar
TikTok’s #NapkinChallenge Is The Chaotic Good You’ve Been Missing
By Sophia Moore
Get Even More From Bustle — Sign Up For The Newsletter