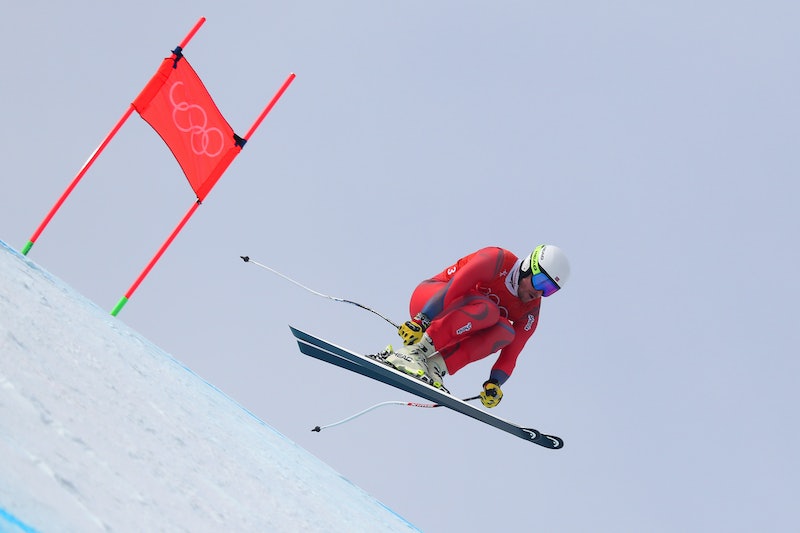 The bitter cold might have kept some Olympics fans home from the opening ceremony, but another weather condition is delaying some of the games' events altogether. The men's downhill skiing event was postponed due to high wind at the 2018 PyeongChang Olympic Games. Those extreme conditions are forecast to continue this week with winds on Monday reaching up to 19 miles per hour with gusts as high as 40 miles per hour predicted through Wednesday.

Conditions were even worse Sunday when gusts reached 50 miles per hour, justifying the decision to postpone the event, one that usually starts of the alpine portion of the games. The reason the men's downhill had to be called off for wind is because the skiers reach speeds of up to 125 miles per hour. With wind gusts of 50 miles per hour, skiers can easily be pushed off the safe section of the track, something truly dangerous at such a speed.

The event is now planned for Thursday, when winds are expected to be better. Originally, the plan was just to push it back a day, but the winds are forecast to be a problem until at least the middle of the week. On Sunday not even the ski gondola at Jeongseon Alpine Center could go up the mountain, the conditions were so bad.

The conditions are more of a concern at the top of the course. Lower on the mountain, other events will be more sheltered and are to continue on as originally scheduled, except for the men's super-G, which was pushed back from Thursday to Friday to make room for the men's downhill.

U.S. men's head coach Sasha Rearick told the Associated Press that he wasn't surprised. "We kind of expected this downhill to be postponed due to wind, but at the same time the guys were charged up and ready to go," he said. "With this being an outdoor sport, it is not abnormal."

The final round of ski jumping was also delayed 30 minutes due to the winds on Saturday. Between the wind and the cold, the athletes were really feeling the effects of the cold weather.

Robert Johansson of Norway won the bronze medal, and the wind was a factor in his jumps, he told the Associated Press. “(It) was challenging in the second round for sure,” Johansson told the AP. “Started to miss the feeling in my feet, but I ended up doing quite a fantastic jump and managed to get on the podium. So then I can basically stop feeling my feet a few more times if that keeps happening."

Wind in ski jumping is not altogether bad. Headwind is actually needed in ski jumping, but too much makes conditions dangerous. For a jumper to get enough lift, they need a good headwind. And the scoring takes this into consideration, more headwind reduces your points while more tailwind increases it. The athletes are then scored on distance and style to determine the winner.

As for the downhill skiers, they were pleased with the decision to delay. "The message we got is that they want to do the downhill from the top in fair conditions,” Kjetil Jansrud of Norway told The Guardian. “I‘m thankful to hear that because that’s the way it should be in the Olympics. We do have reserve days and if the gondola’s not going to run we have a major problem.”

Canadian Manuel Osborne-Paradi said dealing with weather is commonplace for the skiers. He told The Guardian that "weather happens — in and out of clouds, the wind, snow picks up, whatever." "The only factor you’re in charge of is how you ski," he added.

Osborne-Paradi, Jansrud and their competition now have a few more days of nerves before they face off on the course.