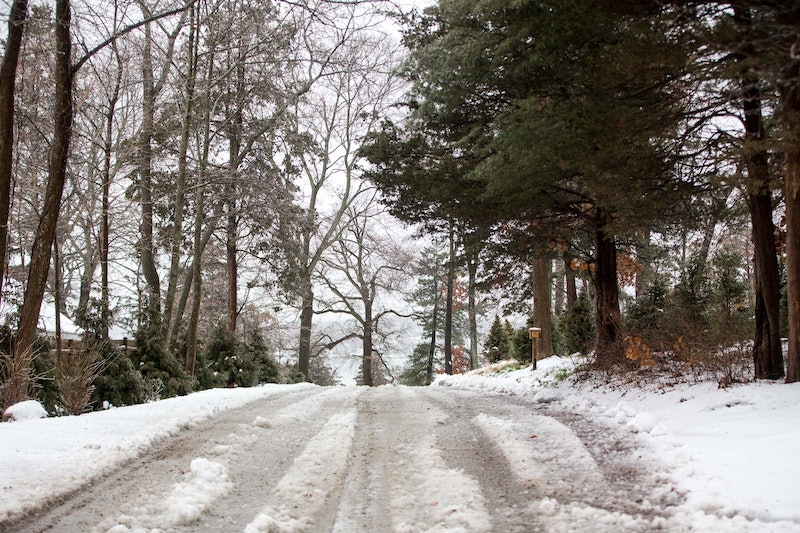 It took a while to arrive, but winter is officially in full swing as a winter storm continues to wallop the eastern part of the United States. And, as expected, how winter storm Harper is affecting flights depends on where you are located along its path.

If you were planning to do any traveling over the holiday weekend, it's important to check with your local airport to find out whether your flight has been delayed or canceled. This is especially true if you're based out of Boston, according to USA Today, where about 470 flights in total were canceled — reportedly the most severely impacted airport over the latter part of the weekend.

But to be sure, the weather event — referred to by many outlets as winter storm Harper — is affecting flights far beyond just Massachusetts. More than 4,000 flights around the United States have been canceled through Monday, some of which were preemptive, USA Today reported. And more than 11,000 flights have been delayed, according to CBS News.

Harper began to hit the midwest earlier on in the weekend, but took off toward New England shortly thereafter. Dropping nearly a foot of snow in some parts of the region, by Sunday afternoon, snowfall turned to freezing rain in many impacted areas.

You combine the ice and snow, with what is expected to come later this evening and tonight, which is a strong push of cold air, and strong winds, with gusts anywhere from 20 to 40 miles an hour, locally higher, along the coast, and that's going to likely generate a lot of power outages, beyond what already might be occurring across New England.

To make travel even more complicated, temperatures across the northeastern United States are expected to plummet Sunday night, with highs only in the single digits in many areas on Monday. So not only is freezing rain causing a series of travel-related snafus, but the ice that it will almost definitely leave behind will bring its own unique set of challenges for people planning to make flights.

Winter storm Harper is notable not just because of its freezing rain and fierce winds, but also because of its size. About 40 million people spanning the middle of the east coast and northward were affected by winter weather alerts as of Sunday morning, CNN reported.

If you're trying to figure out exactly how the storm could affect your planned travel, it would probably be a good idea to get ahead of the game. That could mean contacting your departure airport, or calling your airline directly. Some airlines will likely also send out email or text alerts, so checking your messages regularly would be a smart move, too.

It's too soon to know exactly how many flights will be canceled on Monday, as that can depend on runway conditions and sudden weather shifts overnight. But USA Today reported that at least 100 have been canceled as of Sunday afternoon, so in this case, vigilance is definitely key.