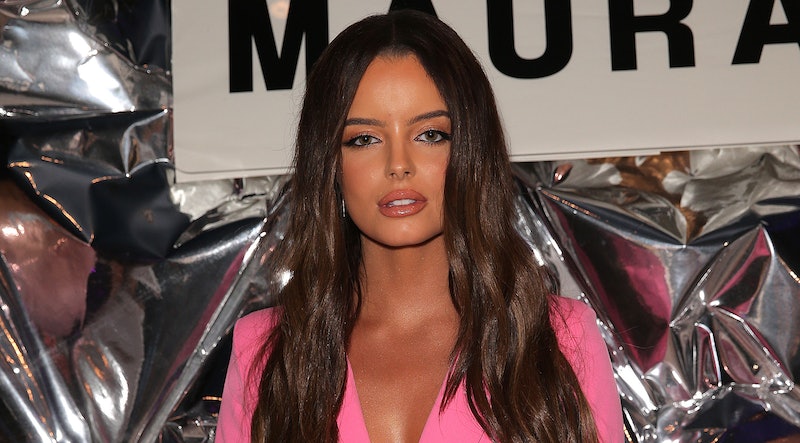 Blogger Zoella documented hers. Michelle Keagan spoke out about hers. Now, Love Island’s Maura Higgins is spreading the word. It’s amazing that over the last few years more people have opened up about the importance of smear tests. However, they’re still not the easiest or most comfortable thing for everyone. This Sexual Health Awareness Week Jo’s Cervical Cancer Trust has teamed up with Twitter to #EndSmearFear. The campaign aims to get people talking about the importance of smear tests and share any hints and tips of things they do to make theirs more comfortable. Maura Higgins got the nation talking about their fanny flutters and she’s now turned her attention to sexual health.

Jo’s Cervical Cancer Trust is the UK’s leading cervical cancer charity. This Sexual Health Awareness Week it’s teamed up with Twitter to end the fear and stigma surrounding smear tests. The campaign acknowledges that smear tests can be difficult for people for so many different reasons but the more we debunk the myths and get rid of fear surrounding them, the better. Along with sharing stories and tips the charity have asked people to share their favourite emoji for the vulva. Well, we all know what the aubergine means but what’s your favourite?

According to research collected by Jo’s Cervical Cancer Trust among young women one in three don’t currently take up their smear test invitation and in some parts of the UK this rises to one in two. The charity site embarrassment and body shame as being one of the leading reasons people don’t go for their smear tests. More than 3,200 women are diagnosed with cervical cancer every year. Public Health England have said that they’re concerned with the drop in the number of women going for smear tests. If you’re between 25 to 49 years of age you’re eligible to go for a smear test every three years. If you’re 50 to 64 you’re invited every five years.

Jo's Cervical Cancer Trust hopes that #EndSmearFear will encourage "people to ask questions, share tips and get support. The charity also has some useful advice if you’re not feeling confident about your smear test. Taking a friend, wearing a skirt or dress so you feel less exposed, and asking all the questions you have to your nurse beforehand can make it so much better. It’ll be over before you know.

More like this
Here’s Where The NHS Nurses’ Strike Currently Stands
By Sophie McEvoy
TikTok Has A Genius Old School Hack For Saving Money
By Sophie McEvoy
Gen Z Are Twice As Likely To Identify As Queer, According To New Data
By Sam Ramsden
How Ovulation Affects Your Sense Of Smell, Libido, & More
By JR Thorpe and Lexi Inks
Get The Very Best Of Bustle/UK
Sign up for Bustle UK's twice-weekly newsletter, featuring the latest must-watch TV, moving personal stories, and expert advice on the hottest viral buys.