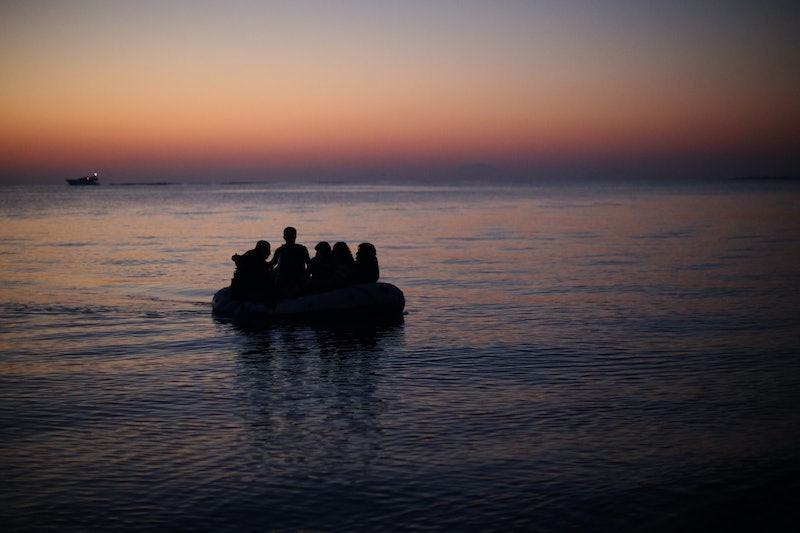 Refugees often get a bad rap in politics, used as pawns to strike fear and shore up support for xenophobic policies. But on World Refugee Day on Tuesday, June 20, the world comes together in support of refugees to counter this unsupportive, hostile climate. This year, make an effort to raise awareness about how to help refugees, on World Refugee Day and every day of the year.

Those who truly understand the plight of refugees around the world are less susceptible to the hateful political rhetoric that throws them under the bus. That's why UNHCR, the UN Refugee Agency, has started the #WithRefugees social media campaigns — to help the silent majority who support supporting refugees find a voice and organize itself.

The messages, videos, and tweets being shared by the agency are moving. Take the UN Secretary-General António Guterres' comment on the day:

I’ve met so many who have lost so much. But they never lose their dreams for their children or their desire to better our world. They ask for little in return — only our support in their time of greatest need.

This commitment to refugees is vital, and it must be taken on a national and international level. Deaths will continue unless this is stopped. Overloaded ships will continue to sink in the Mediterranean, and innocent people in war zones remain at risk. But real change can be made in the situation, and there are concrete things you — yes, you — can do to help.

This is not a small problem. Make sure that you're aware of the sheer size of the issue. Nearly 65 million people have been displaced around the world, and half of all refugees are under age 18. This past year, some 55 percent have come from South Sudan, Afghanistan, and Syria. Most of these people remain in the Middle East and Africa. So the United States, Europe, and other Western nations really need to step it up.

Once you understand the gravity of the refugee crisis around the world and how many people it affects, raising awareness is the next step. One way to do this is to sign UNHCR's petition. They started it in 2016 to "express solidarity with people forced to flee and encourage governments to take action" by providing every refugee with a school, a way to contribute to their community, and a safe place to live.

Spread the word within your own network too. Find a fact that you think is important, share a message you write yourself, or retweet the messages of others. Just make sure to add the hashtags #WorldRefugeeDay and #WithRefugees.

Even better than online activism is showing up in person. That doesn't mean you have to jump on the next plane ticket to a refugee camp (although assuming you do so through the proper channels, it's something to consider). Across the United States this week, there are events that honor the stories of refugees and help them rebuild their lives. Find one near you.

NGOs are great, and they're doing tons to get the word out today about standing with refugees, but elected officials are the ones who can do something about refugees. The United States takes in a large number, proportionally, of resettled refugees. In 2016, that number was 84,994. Call your representatives and senators to let them know that isn't enough. Bring up the numbers this year and into the future.

Money should definitely take a backseat to political action. If Congress moved on upping the number of resettlements to a number more fitting to the situation of 65 million displaced people, that would be huge. Make that your focus. But if you have the money to donate, consider these charities. Some even have matching funds for the day.

These are just some of the things you can do to help. Get more involved in your local community to find out more and spread the word!