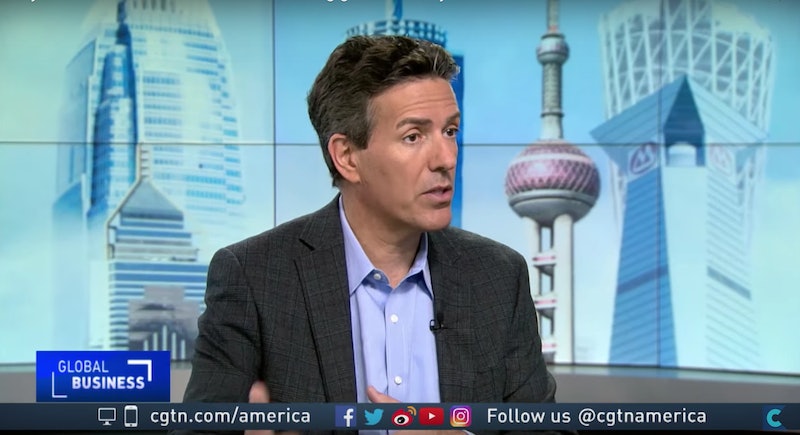 On Friday afternoon, embattled Humane Society CEO Wayne Pacelle announced his resignation from the animal rights organization. The Washington Post reported days earlier that Pacelle had been accused of sexual harassment by several of his employees since becoming CEO in 2004. Pacelle denied the allegations, telling the Post in a statement that he never "did anything untoward."

The day before his resignation, a majority of the Humane Society's board of directors voted to retain him as CEO despite the allegations. However, this prompted seven resignations from board members who wanted him out, and several prominent donors to the organization subsequently announced that they wouldn't be giving the organization as long as Pacelle remained in charge.

“I am resigning, effective immediately, to allow that process to move forward expeditiously and to put aside any distractions, in the best interests of all parties,” Pacelle wrote in an email to his staff that was reported by the New York Times. "Our mission depends on unity," he added.

The Post reported that Pacelle was the subject of three separate harassment complaints during his time at the nonprofit, and additionally, that the Humane Society offered settlements to three other employees who said they were fired or demoted after reporting Pacelle's behavior to higher-ups at the organization. In his statement to the Post, Pacelle called the reports "a coordinated attempt to attack me and the organization," and denied that he'd ever been warned that his behavior was inappropriate.

According to the Post, the Humane Society hired the Washington law firm Morgan Lewis to conduct an internal investigation after receiving an anonymous complaint about Pacelle's conduct. In addition to the aforementioned findings, the firm concluded that Pacelle had a sexual relationship with a woman who worked under him; that woman, according to a memo produced by Morgan Lewis, accused Pacelle of becoming abusive and controlling after they broke up. Pacelle denies that this relationship ever occurred in the first place.

In light the board's decision on Thursday to keep Pacelle as CEO, several major donors said that they'd no longer give their money to the Humane Society as long as he remained at the organization.

“I want the money that I donate to go toward helping animals,” Rachel Perman, director of charitable giving at Tofurky, told the Post. “I don’t want to be paying to cover up someone’s sexual harassment.” Perman, who said her firm has given $30,000 to the Humane Society since 2015, added that she "absolutely will not donate to HSUS if Wayne Pacelle is employed" there.

Jim Greenbaum, a philanthropist who also's also given to the organization, wrote in a Facebook post prior to Pacelle's resignation that "with Mr. Pacelle still at the helm of the organization as the investigation continues, other employees who may have been aggrieved are going to be much less likely to come forward, as it would almost certainly appear to them that the alleged perpetrator will still be their boss, and that the Board of Directors is not taking the allegations seriously."

In addition to the allegations against Pacelle, Politico reported that Paul Shapiro, who led the Humane Society's Farm Animal Protection division until early January, was accused of sexual harassment by four female employees in 2016. Shapiro told Politico that he had engaged in "inappropriate behavior years earlier in my career," but "was held accountable for it." He also said that some of the accusations against him "frankly just never happened," though he didn't specify which ones.

Kitty Block, the president of Humane Society International, will serve as acting CEO of the Humane Society in light of Pacelle's departure. In his resignation letter, Pacelle called Block "a fabulous and highly qualified advocate," and said that he has "every confidence in her" to lead the organization in his absence.

"I am very grateful to have had the opportunity to serve the organization and to advance the vital cause of animals," Pacelle wrote in his resignation letter. "It’s my fervent hope that this work continues unencumbered."