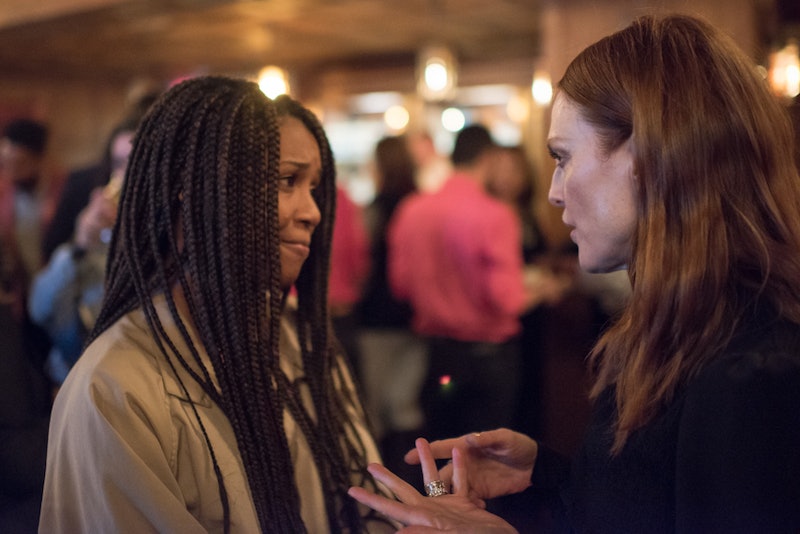 This Friday, June 2, marks National Gun Violence Awareness Day. It’s also the day my friend Hadiya Pendleton would have turned 20. Hadiya is the girl who has inspired Americans across our nation to wear orange to raise gun violence awareness for the past three years.

Hadiya was shot and killed on Jan. 29, 2013. She was only 15. Just days before Hadiya’s senseless murder, she performed as a majorette during celebrations at President Obama’s second inauguration in Washington, D.C. It was an exciting time for our school, Hadiya’s friends, and her family. And it was all suddenly cut short because of a gun. Everything changed for me the day Hadiya was killed.

There was — and still is — a lot of gun violence where we grew up on the south side of Chicago. But until Hadiya was killed, I was never close to anyone who had died from gun violence.

I still vividly remember arriving at the hospital waiting room on Jan. 29. There were no words. Only sobs. In the moments of her unimaginable grief, Hadiya’s mom comforted me. I was shattered.

Our friends and classmates were devastated by Hadiya’s death. She was not just a light; she was our sunshine. It was, and still is, unfathomable to anyone that she and her bright, loving smile were no longer with us.

The pain of having a loved one stolen by gun violence is excruciating. Words fail me when I try to explain the feeling. And yet, on an average day, more than 90 Americans are killed and hundreds of others are wounded as a result of guns, according to anti-gun violence group Everytown, which based its conclusions on statistics from the U.S. Centers for Disease Control and Prevention. For my classmates and me, the reality of Hadiya’s death was too much to bear. And so we decided we had to do something about it.

My high school friends and I created an organization and campaign, Project Orange Tree, that we launched to commemorate Hadiya following her death. We chose orange because it is the color hunters wear to protect themselves in the woods. For us, wearing orange was a way to say, “Don’t shoot. We deserve to be protected, too.” We choose to live, and we choose to be in a country where we do not have to constantly worry about the threat of gun violence.

It is incredible to see how Hadiya’s memory has inspired a national movement. Wear Orange starts with Hadiya, but it impacts this entire country. It is dedicated to honoring the lives of all those affected by gun violence, and its goal is to elevate gun violence prevention efforts nationwide. Wear Orange is a promise that we all can — and should — do more to reduce gun violence in our communities to make America a safer place for everyone.

This year, National Gun Violence Awareness Day will reach far more Americans and inspire even more action than it did last year. On Saturday, artists, cultural influencers, elected officials, law enforcement, faith leaders, moms, and average Americans will stand together with gun violence survivors from New York to Chicago to Los Angeles to turn our country orange in solidarity.

Gun violence ravages too many American families and neighborhoods, and it disproportionately hurts communities of color. There isn’t just one cause of gun violence: There are a lot of contributing factors beyond access to guns that need to be addressed. But the complexity of a challenge shouldn’t prevent us from trying to solve it. In today’s uncertain climate, it’s more important than ever before to take care of one another and make a stand to reduce gun violence. All of our lives have value.

Next year, I’ll graduate from college and my family will have the chance to watch me walk across the stage to get my diploma. Hadiya never had this privilege; she never even had the chance to graduate from high school — one rite of passage, along with countless others, that she should have experienced with her loving parents and brother as witnesses.

Wear Orange isn’t about politics or choosing sides. It’s about making America safer for every single American. Together we have the power to take action to save lives, and what better way to start than by joining us on June 2 to #WearOrange?

More like this
The Families Of Grenfell Tower Are Still Waiting For Justice, Five Years On
By Bustle UK
The Most Powerful Photos From The Weekend’s Abortion Rights Protests
By Melanie Mignucci
Why You're Seeing Green Bandanas At Abortion Rights Protests
By Lexi Inks
5 Concrete Ways To Take Action Against The Rwanda Deportation Plan
By Rachel Mantock
Get Even More From Bustle — Sign Up For The Newsletter