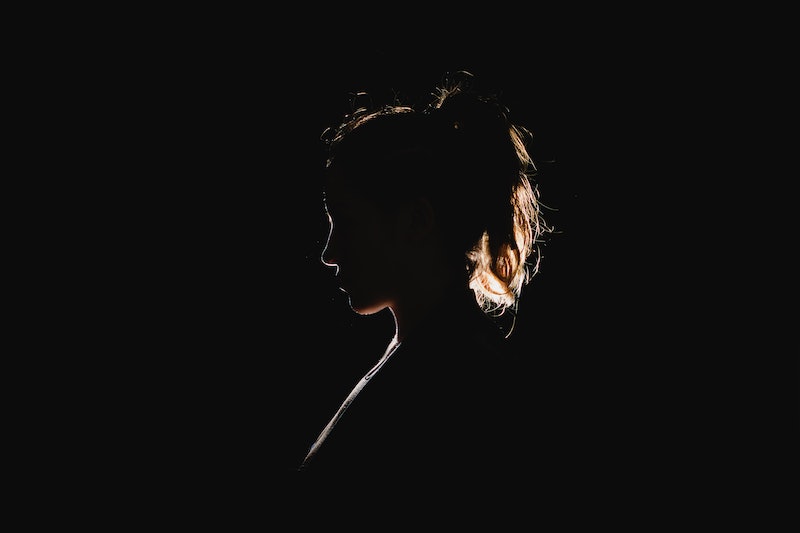 For me, it was a choice. For many women, it isn’t. I feel for them, but I cannot speak for them. For me, choosing to stay hungry was a small, insidious act of the imagination.

I had been lucky. The world I grew up in was pretty good to me. I was that rarest of teenaged girls who ate bagels and pizza and chocolate chip cookies without shame. I was a poetry-writing, violin-playing, nerdy little weirdo, but it didn’t really matter; I was loved.

There is a dark relationship between thinness and power in our culture, and I was enchanted by it.

For college, though, I ended up at an elite university where the culture was pretty conservative compared to the one I’d grown up in. The walls were all but papered with old money. Ambitious girls read molecular biology textbooks on the Stairmaster. They worked out in pearl earrings, their thin legs pumping weakly. It felt like anorexia was their inheritance, as real as their wealth.

I'd barely known people like these girls existed outside of movies and television. They were from another world, skinny aliens from Planet Privilege. Me, I was from Earth, where people were round at the edges. There is a dark relationship between thinness and power in our culture, and I was enchanted by it.

The more fascinated I became, the more disgusted I felt about myself. I was the first person in my family to end up at a fancy college, one of only a handful to attend college at all. I felt an intense responsibility to succeed. As the old chestnut goes, you can never be too rich or too thin, and as the girls in pearls must have known, there are 37 calories in a chestnut. These skinny girls would become skinny women. They'd run nonprofits, I imagined, and attend benefit galas, and sit on museum boards. They'd live in Manhattan and summer in Montauk and keep vases of freshly cut flowers on their dining room tables. They'd have beautiful clothes and beautiful lives. Didn't I want to at least have the option of becoming one of them? I did.

If decided that if I was going to stay hungry, I needed motivation. So I tricked myself into viewing my body as defective — first consciously, then semi-consciously, then unconsciously. It is amazing thing what the eyes can see if you will them to. I remember being able almost to watch myself transform in the mirror, as I worked on replacing my image of myself with a self of the mind, a self that was not just larger but more grotesque. I remember almost enjoying how much I'd begun to hate my body.

I wasn't worried about getting carried away. Not eating was a choice, I thought; a small, insidious choice. I was choosing to see myself as larger, then using that mental image to avoid eating. I was like the cartoon dieter who keeps an unflattering photo of herself in a bikini on the refrigerator; the only difference was my photo was imaginary, and I kept it in my mind. On the door to my mental refrigerator, I wrote myself notes: If you eat, you’ll be truly revolting. If you eat, you won’t be able to stop. Think of pizza, think of grease, think of a chocolate chip cookie, the chunk, the sweet, the buttery chew. See? Just imagining food is almost as good as eating — better, in fact, because it’s calorie-free.

All you have to do is open your mouth and the world will shove unhealthy messages about women and food and bodies down your throat.

With perverse relish, I started reading horrible women’s magazines. It’s amazing what kind of awful junk you can fill yourself with when you want to. All you have to do is open your mouth and the world will shove unhealthy messages about women and food and bodies down your throat. The shit I read in those horrible magazines! As long as I live, I will never forget the article about the reality star who drowned her food in salt so she wouldn’t want to eat it. As long as I live, I will remember that image of that movie star who weighed eighty-six pounds. It is seared into my brain. An adult woman can be eighty-six pounds!

I stopped eating meals. I fetishized tiny portions. I replaced tasty things with bland things or with nothing at all. My roommate gave me a box of twelve unbearably delicious peanut butter chocolates for Christmas. I ate them in minuscule bites over the course of six months. I kept a food journal. A good day in that journal was a small bowl of Special K; seven almonds; an apple; a handful of pretzels. A bad day was all that plus a few cubes of cheese, grapes, and/or wine or beer. Probably half my calories came from alcohol. It didn’t take much to get me drunk. I made questionable choices.

The human brain is hard-wired for metaphor. When you tell yourself it is wrong to eat until you are full, you are telling yourself it is wrong to be fulfilled. As I kept myself hungry, I also kept myself from being myself. I stifled the weirdo inside me. I replaced my wardrobe of ripped tee shirts and scuffed-up chunky saddle shoes with what I imagined a perfect skinny rich girl might wear. I bought a pair of highly impractical, gleaming white pants, size zero. White pants! Come on. I stained them, of course. I took my nana’s only pair of pearl earrings back to school with me after a visit home. I lost them, of course.

Over time, not eating became a compulsion. I avoided meal-related socializing with a level of anxiety that bordered on insanity. If friends were getting together for brunch or dinner, I'd meet them afterward or claim I'd already eaten as an excuse to just sit and drink. I stopped being able to look in mirrors at all. Glimpsing my reflection in a window, say, would send me into a spiral of obsession about my body, and confusion about not just how I appeared but, more deeply, who I was. Even now, when I shop for new clothes, I cannot try anything on. It is too difficult to look at myself frankly.

I hated that I seemed so unfit for the role I was trying out for. I walked through the world feeling horribly miscast — Steve Urkel in a role meant for Idris Elba, Kimmy Gibler as some beautiful, bitchy, semiconstipated Katherine Heigl type. It wasn’t good for my mind, it wasn’t good for my spirit, and it really wasn’t good for my body. My digestion was all out of whack. I didn’t get my period for a couple of years.

What I had, when I had it, didn’t seem like an eating disorder. It was not life-threatening and it did not cause my body any lasting damage, thank god. But I can see that the way I was eating, now that I no longer eat that way, was disordered.

I was in my mid-twenties when I finally accepted that the perfect skinny rich girl in my mind was making me miserable, paranoid, and really hungry. I wish I could tell you I had a eureka moment. That I ate an amazing meal and realized, Now this is living!

But what actually happened was abstract and gradual and anticlimactic. I started forgiving myself for being weird, and as I did I discovered that, when I wasn’t being self-conscious and obsessive, some people actually enjoyed my company. I started giving myself permission to eat, to want to feel full and fulfilled. The more I let myself be myself, the more I allowed myself to eat. Guess what? Food is delicious. And eating was an enormous relief.

More like this
The 19 Best Tweets & Memes About Bisexual Awareness Week
By Lexi Inks
3 Zodiac Signs Most Likely To Be The Center Of Attention
By Nina Kahn
This Psychological Effect Might Be Keeping You From Hitting Your Goals
By Lexi Inks
Help! I'm Not Getting Any Attention On Dating Apps. What Can I Do?
By Sophia Benoit
Get Even More From Bustle — Sign Up For The Newsletter