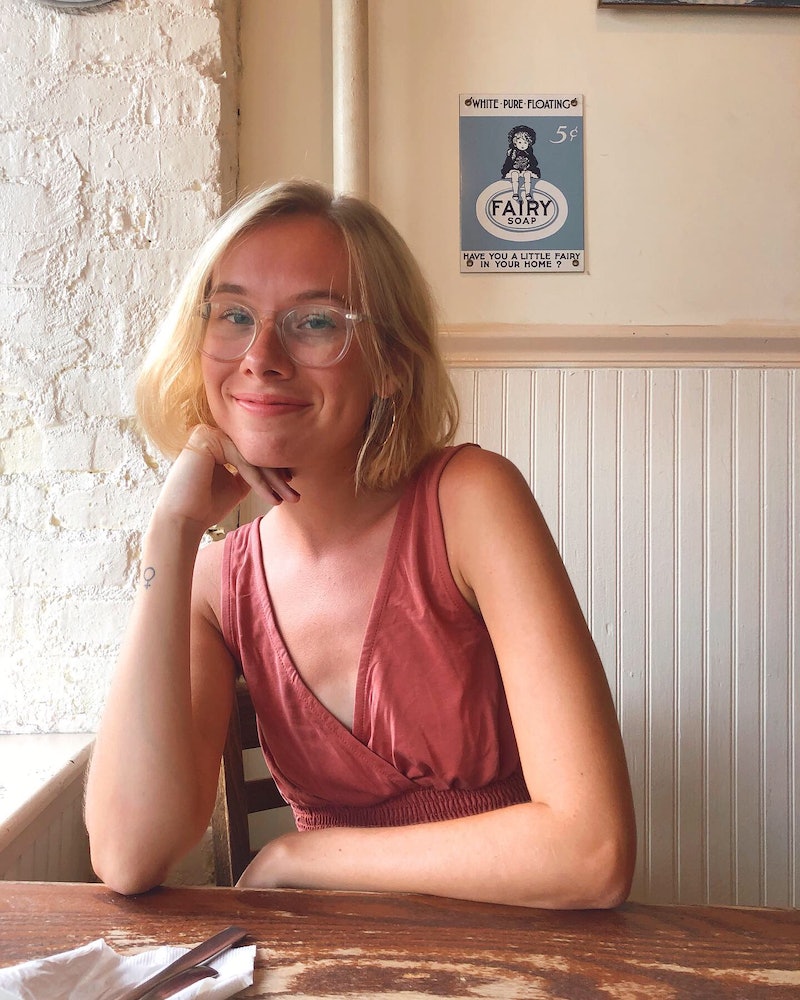 When I started seeing my last therapist, I was suffering from generalized anxiety and panic disorder. I had never struggled with severe mental health issues before and she helped me feel normal. She gave me some coping strategies like grounding techniques and breathing techniques. She listened while I unpacked my family history and religious trauma. But after about six months, I felt my growth start to stagnate. She was not a bad person or even a bad therapist. She just wasn’t helping me anymore.

I knew I needed to move on but I was scared to talk with her about it. I’d spent months unpacking my life story with this woman — I didn’t want to start over. I had a panic disorder — I was afraid I would have a panic attack in the weeks before I could find someone new. I was worried that if I fired her I would hurt her feelings or make her feel like a bad therapist. I was overwhelmed with a need to avoid conflict. So I ghosted her instead.

According to a 2014 study published in Health Affairs more Americans are going to therapy than ever before. And with Gen Z (37%) and millennials (35%) reporting they're more likely to have received treatment or therapy from a mental health professional than older demographics in American Psychological Association’s 2019 Stress in America survey of over 3,000 adults, younger generations are starting to normalize therapy. But just because so many young people are in therapy though doesn't mean that its without its challenges. Finding the right therapist is no easy feat, and it turns out that I’m not the only person with irrational fears about firing her therapist.

“[I ghosted my therapist] because I didn’t want to go back for another session and I didn’t feel like I had to tell her why," Ally, 22, tells Bustle. "I had a friend tell me that your therapist is like a doctor and I wouldn’t tell my doctor why I was leaving so why should I tell my therapist?”

Kelsey, 23, also ghosted her therapist. “I just stopped showing up like a terrible person,” she tells Bustle. “Looking back, I think I didn’t feel like I had the right to tell my therapist that going to them wasn’t helping because they had training and a degree that I didn’t have. I was scared that they would tell me that they knew what was best even when I felt I needed to move on. I have a habit of assuming the worst and wanting to avoid confrontation at all costs.”

Like Kelsey, Marina, 21, also has a fear of confrontation. Instead of ghosting her therapist though, she had the scheduling department break up with her therapist for her. “I mainly didn’t feel comfortable firing my therapist myself because anything confrontational that could be insulting to someone is super anxiety inducing,” she tells Bustle. “I’ll immediately start crying and panicking and I’ll just beat the hell out of myself after it for how I handled it. Even explaining it to the person on the phone made me cry.”

In fact, out of everyone that I interviewed for this story, only one actually fired her therapist in person. Lily, 24, was so nervous to fire her therapist that she kept canceling sessions. “Eventually I got the courage and basically just came in person and was like I think I’m ready to stop therapy etc,” Lily tells Bustle. “And then we both cried!”

Even though I’m not alone in my fear of confrontation, I still feel guilty for ghosting my last therapist. Celeste Viciere, licensed mental health clinician (LMHC), mental health advocate, and host of Celeste the Therapist podcast, assures me that I’m not a terrible person. She says it's actually normal to feel like it’s time to break up with your therapist.

“The first thing that's important to understand is that it's going to feel hard to do because of the type of relationship that you built with your therapist,” Viciere tells Bustle. “It's important to be clear on the reasons why if you no longer want to see the therapist. Some reasons could be that because you're not seeing any changes or you feel like you’ve outgrown your specific therapist.”

She says that it’s very common for clients to ghost therapists and that it’s understandable why they do. In fact, she doesn't take it personally. “Sometimes things come up in people’s lives or sometimes they may feel like this is not working out,” she says.

Feeling afraid of hurting your therapist’s feelings is normal, but Viciere does think it’s crucial to be able to advocate for your own needs. “People like you and people who think this way are genuinely like really nice people because you tend to unfortunately put others before themselves,” she says. “So remind yourself that you have to do what’s best for you. Like anything, whether it's your therapist or anybody, the other person may not like it. It might make you uncomfortable but you have to get what you need out of life.”

It might be scary but Viciere does recommend firing your therapist in person. She says that while this might be challenging, therapists are used to it. “We don't always work well with our clients,” she says. “Sometimes we're going to lose our clients and that's OK.”

If you can’t have the conversation face-to-face, she also recommends shooting your therapist an email. She recommends that you simply mention the reasons why it is not working out. If you value closure, having that conversation over email or in person might be better than just ghosting.

I stayed with my last therapist for much longer than I should have. I let my fear of conflict, stop me from growing as much as I could have. Viciere emphasizes how important it is to make that decision sooner than later.

“We talk about how therapy is so good for you but nobody really talks about the nuts and bolts of it,” she says. “The problem with staying is that you're wasting time and you're not growing. It's kind of how we think about our medical doctors. You don't have a personal relationship with your doctor but they're giving you those services because it's pretty standard when it comes back to our physical health. With our mental health, things change. It's not an exact science. Life circumstances change. We change.”

Deciding to take the plunge and say goodbye to your therapist can feel intimidating. It’s scary to be vulnerable with someone for months and then suddenly no longer have them in your life. Viciere suggests thinking about it in a different way though. “People put all their eggs in one basket with therapy because it's the major thing that people go to when they’re having a crisis,” Viciere says. “We stay mainly because we feel like if we don't do this therapy thing, we're not going to be OK. But I see growing and healing as a holistic approach and therapy being one component of it.”

More like this
How Ovulation Affects Your Sense Of Smell, Libido, & More
By JR Thorpe and Lexi Inks
10 Primal Movement Exercises That'll Improve Your Mobility
By Carolyn Steber
Here’s What Health Means To People In 2023
By Isabella Biedenharn
How Many Burpees Should You Do Per Day? Here’s What Fitness Trainers Say
By Carolyn Steber
Get Even More From Bustle — Sign Up For The Newsletter
From hair trends to relationship advice, our daily newsletter has everything you need to sound like a person who’s on TikTok, even if you aren’t.