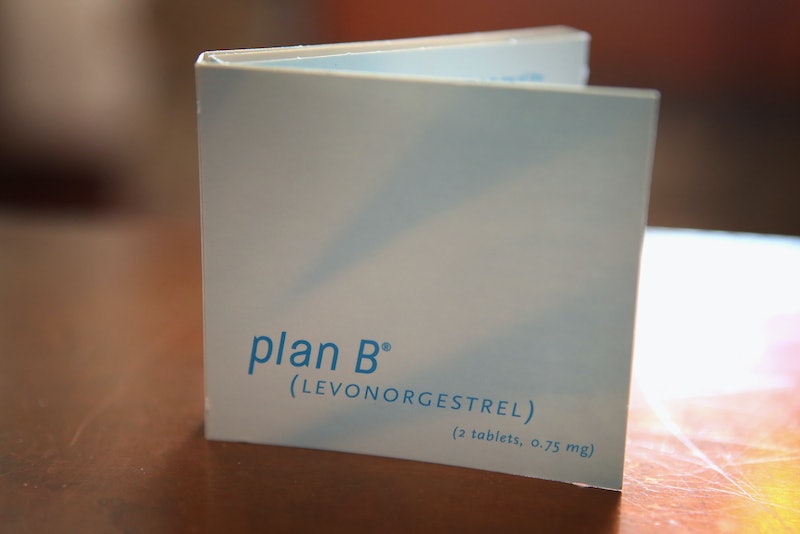 On a mild June morning in 2015, my boyfriend and I rode our bikes to a hospital just outside the medieval city center of Bologna, Italy, where I had been living for about a year. We were headed to the hospital's emergency OB-GYN wing because of a fairly common occurrence in the life of a 20-something couple: our condom had failed the night before.

At the time, it was common knowledge that emergency contraception — also known as the morning-after pill — required a prescription in Italy. As an American, I found this frustrating, but accepted that I had no choice. We locked up our bikes outside and walked through the sliding glass doors, across the bright, clean waiting area to sign in with a woman in purple scrubs sitting behind the reception desk.

"I need a prescription for the morning-after pill," I said, taking out my ID card.

"I'm sorry," the woman said, ignoring my card. "The doctor on duty is a conscientious objector. You have to come back another time when there's a different doctor working."

I was taken aback. I looked at my boyfriend, not sure how to respond. Emergency contraception is most effective if taken within 12 hours of unprotected sex, meaning we didn't have the luxury of time.

"It doesn't matter. He has to see us anyway," my boyfriend, who is Italian, told the receptionist.

"He won't write you the prescription."

"We still want to see him," he insisted.

At the heart of this conversation was the 1978 law legalizing abortion in Italy. The statute allows a woman to voluntarily terminate a pregnancy up to 90 days after conception, but adds that doctors can refuse to perform abortions if they register in advance as "conscientious objectors."

The law is similar to a new rule the Trump administration recently proposed that would expand various U.S. provisions passed since the 1970s that protect doctors' "conscience rights" not to provide services — particularly abortion — that interfere with their religious or moral beliefs.

The risks associated with strengthening these opt-out laws are severe. In Italy, the objector provision has rendered abortion legal on paper, but often not in practice. As I was now discovering, it can also be abused by doctors who refuse to prescribe contraception and pretend the abortion law offers them legal cover.

We finished signing in and sat down in the reception area, my hands shaking as I tried to think of what I would say to convince the doctor to give me the prescription.

"Don't worry," my boyfriend said. "If he refuses we will just threaten to call the police. They still need to provide the service."

He had read an article once about a woman who was forced to call the police because a doctor refused to give her the second pill in the two-step medical abortion sequence, even though a different doctor had already given her the first pill the day before and the process was well underway.

In Italy, an astonishing 70 percent of OB-GYNs are registered objectors. In some regions, the figure is as high as 90 percent. In 2016, about 40 percent of public hospitals covered by the national health care service failed to offer abortion services altogether — even in cases where the fetus was not viable or suffered debilitating genetic conditions.

In addition to the time, money and stress involved, the delays serve to physically punish women seeking abortions by forcing them to undergo a more invasive procedure.

The only situation in which an Italian doctor is not allowed to conscientiously object is if the mother's life is in imminent danger.

As the number of conscientious objectors has gone up since 1995, so too has the number of illegal abortions and reported miscarriages. Even when women succeed in finding a provider, legal abortions have become more financially and emotionally fraught. One woman in Padua had to visit 23 hospitals before she found one willing to perform the procedure.

In other cases, women who tried to terminate their pregnancies via the less invasive RU486 abortion pill have been forced to undergo surgical abortions because they were "timed out" by delays associated with finding a non-objecting doctor or hospital. In Italy, only 15 percent of pregnancies are terminated via RU486, which must be taken within 7 weeks of conception, compared to 93 percent in Finland and 57 percent in France.

That means that in addition to the time, money, and stress involved, the delays serve to physically punish women seeking abortions by forcing them to undergo a more invasive procedure.

As my boyfriend frantically researched the specifics of Italy's objector law on his smartphone, a youthful-looking doctor with curly brown hair and a beard called us into the exam area and asked why we had come in.

By now, I was feeling paranoid and anxious. Why wouldn't he just give me a prescription to be safe?

"I need a prescription for the morning-after pill," I explained.

"Why don't you just go to the pharmacy and get it over the counter?" he asked.

"I thought I needed a prescription for it here," I said.

"For some kinds you do, but now they also have one that's over-the-counter."

How was that possible? I wondered. How could some brands be over-the-counter but not others, if they all worked basically the same way and were all equally effective? I voiced this skepticism and the doctor shrugged as if to say, "That's just how it is."

By now, I was feeling paranoid and anxious. Why wouldn't he just give me a prescription to be safe? Was he trying to get me to leave without a prescription, knowing the pharmacist would refuse to give me anything at all? Was the pill he was describing really an emergency contraceptive, or was it some type of general birth control?

"Okay that's fine. I have no problem writing you the prescription," he said.

"Wait," my boyfriend interrupted. "You're not an objector?"

The doctor shook his head and laughed as he took out his prescription pad.

Confused, my boyfriend and I looked back at the woman sitting at the reception desk. We later discovered that we'd had the same thought: "She is."