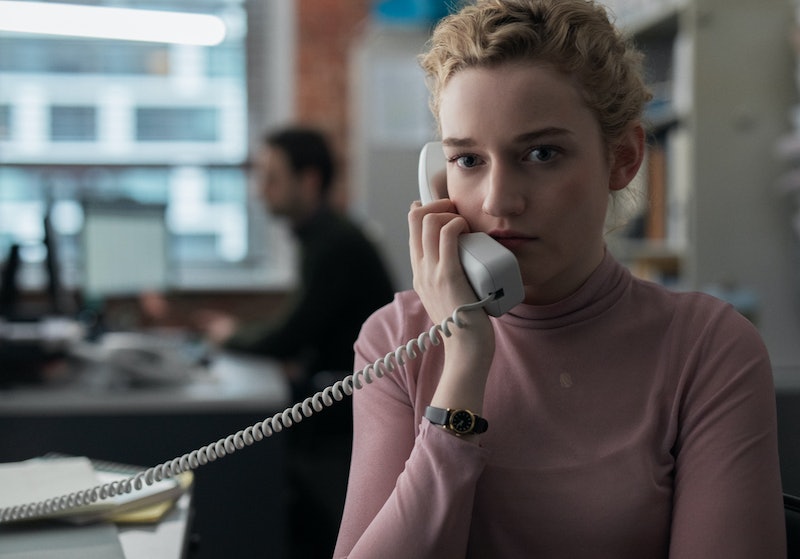 Before getting my big break as a TV writer, I was a Hollywood assistant for eight years. During that time, I watched countless friends leave the industry and give up on their dream because they couldn’t afford to be emotionally or financially taken advantage of any longer. So in October 2019, after hearing about a Scriptnotes podcast episode exploring the plight of the Hollywood assistant, an idea came to me. I created the #PayUpHollywood hashtag, using it as a call to action for assistants to share their stories about the mistreatment they faced at work. I blasted it out on social media, and people were more than ready to talk.

These days, my Twitter inbox looks like a confessional. It’s filled with stories from production assistants who are too afraid to own up to the mountains of debt they’ve incurred to make ends meet on their $500 a week salaries; from agency assistants who forgo bathroom breaks because they can’t miss an incoming call. In a survey we conducted of roughly 1,500 assistants, we learned that 64.41% of respondents reported making $50,000 or less per year. (A minimum annual income of $53,600 is required to not be considered “rent-burdened” in Los Angeles.) Furthermore, 67.58% of respondents said they had to work a second job to make ends meet, while 104 of the poll-takers reported having objects thrown at them at work.

In the past few months, we’ve started to see some change. Verve become the first agency to increase assistant pay, and other companies have made similar adjustments. But real, meaningful change is always slow in coming, which is why a film like Kitty Green’s The Assistant is so important in highlighting assistants’ strife. The film follows a day in the life of Jane (Julia Garner), the third assistant to a Harvey Weinstein-esque producer. Through Jane’s eyes we see the demoralizing and abusive behaviors assistants and junior staffers endure every day — the exact kind of mistreatment we’ve been rallying against at #PayUpHollywood.

Ahead of the film’s release, I spoke with Green about her inspiration for The Assistant, the type of real-life power imbalances she portrays in it, and what she hopes Hollywood bosses will take away from the movie.

Liz Alper: What I found so fascinating about the film is that Jane is an assistant who isn't facing sexual harassment, but she is dealing with other sorts of non-sexual abuses that are also extremely harmful. What was your inspiration for this choice, and for the film overall?

Kitty Green: I was looking for a way to make a film about consent and power, but I wasn’t sure how to explore it, exactly. So I started by doing a college tour. I was asking college kids how they're taught about consent at their schools. Then the Harvey Weinstein story broke while I was on that tour. I started calling my friends who used to work at The Weinstein Company and asking them about the culture [at the company].

So [the original idea] started out about consent, but it broadened to include questions about power. Who has it? Who abuses it? How can we change the structure that exists so we can promote more women and have more women in power? So I started focusing on somebody stuck in a system that's basically structured against her. How does her day unfold? What choices is she left with? So that's kind of where it all began — my anger.

Alper: How many current and former assistants did you talk to when you were creating this film and crafting the character of Jane?

Green: I'd say close to 100. I started at The Weinstein Company and Miramax and then expanded out to other production companies, agencies, and studios. And then I started speaking to my friends. I studied architecture for a year and I would speak to my architect friends, and they'd have similar stories. My friends in tech have similar stories. You start seeing the patterns; I think everything that happens [in The Assistant] could have happened to anyone.

"How are we going to have any women in power if we can't get them even up to the next level beyond assistant?"

Alper: Were there any horror stories that stayed with you?

Green: There's shocking, really shocking stories. But at the same time, I wanted to make something that wasn't about extraordinary circumstances, but what we go through every day. So I tried to avoid leaning into anything that felt that shocking while writing the screenplay. I really tried to stay true to just one authentic day that could be, you know, anybody's day at the office.

I guess what I would say is the most shocking thing for me was that when I was interviewing former female assistants, the majority of them had left the film industry entirely. People just wouldn't take them seriously, but they would promote the men around them easily. And that, to me, was really sad. How are we going to have any women in power if we can't get them even up to the next level beyond assistant?

Alper: We've talked in #PayUpHollywood about how some of the worst abuses come from fellow assistants, those just a bit higher up on the totem pole. Jane experiences some of that with a more senior, male assistant. What made you want to explore that?

Green: That was the dynamic I heard about again and again from the women I spoke to. It wasn't that the other, usually male assistants were actively [trying to be] mean. These workplaces are quite abusive to the men as well. So they're struggling within a toxic environment themselves. Everyone's fighting for survival and it's so fiercely competitive that I think you almost get dehumanized in that process.

Alper: It's not that there are good people and bad people working as assistants. It's that they’re just people who are also facing abuse who are just trying to make it to the end of the day.

Alper: You never show the boss character on screen. Why did you choose to stick to Jane’s perspective and only feature him in the background as a faceless voice?

Green: Those [types of] men have had enough screen time. We know what happened behind those closed doors. We've read a lot about that in the media. We've read less about what kind of environment kept a person like [Jane] there, and that, to me, was really important.

Often people say, “Oh, it's about an assistant that works for a predator; she's an enabler.” But let's not judge too quickly. She's got a million things she's got to do. A couple of them she was uncomfortable with, a couple of them she was concerned by, but she doesn't have enough information to know exactly what's going on behind that closed door. She's trying to [connect] the dots together, but she can't really draw the line.

What we were trying to do is to stick people in the shoes of an assistant for 90 minutes so that they had to experience her workday. These [assistants] are invisible. They're people that you don't notice or you ignore. And that being acceptable is insane. It's something that needs to change. It's really interesting to me when we get really powerful people into seeing this film because it really does shake up their view of things.

Alper: What has the response been from men in Hollywood who are in power who have seen the movie?

Green: There's a lot of guilt and confusion. A lot of people want to buy gifts for their staff. They're all like, “Oh, god, I'm going to buy my staff lunch tomorrow, I'm going to be nice.” I have had filmmaker friends who wrote back a couple of weeks after a viewing and said, "Sorry, I was feeling guilty about the fact that I have an assistant sitting beside me who's doing way too much work for me."

I think we have to all accept a little bit of personal responsibility. We all need to question our workplaces and if they're safe and equitable and fair. People see assistants not having any power. But what you guys are doing at #PayUpHollywood, and the organizing [around this topic] happening right now, shows the collective has power. It’s all coming together at this very moment, and the fact that we’re releasing The Assistant as people are having their voices heard is really wonderful to witness.