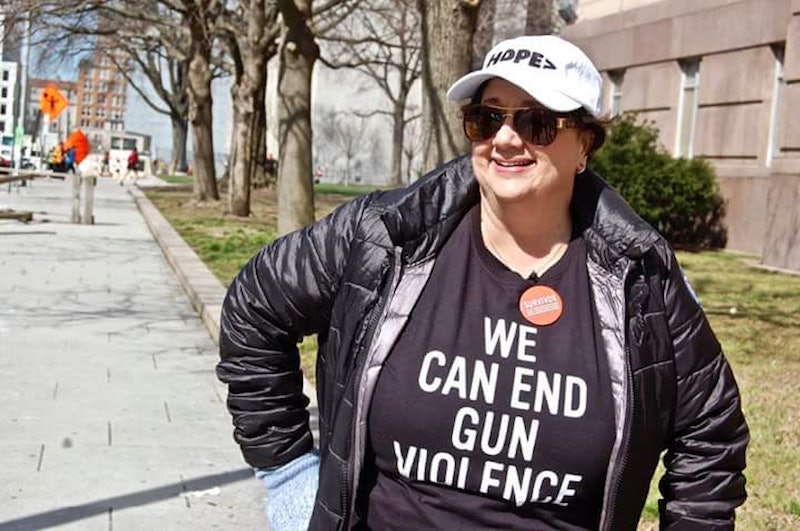 That day, I did everything that I was trained to do as a librarian at Marjory Stoneman Douglas High School in Parkland, Florida. As soon as I received notice that the school was on lockdown, I alerted my clerk and colleagues, ushered students and colleagues into a closet and turned off the lights. When I realized this wasn’t another drill, the windows were covered and I told everyone to hide behind objects. There we stayed — texting our loved ones — until the shootings were over and the SWAT team came to let us out.

My colleagues and I did everything we were trained to do to keep our precious students safe. And still, 17 people from our community died. As I’ve begun to heal from this trauma, one of the things I’ve realized is that as educators, keeping our students safe isn’t something we alone can accomplish. Others have to step up and do everything they can, too, in order to ensure children in our country are safe from gun violence.

That’s why I was so horrified to learn that the Trump administration recently took steps to allow a private company to distribute blueprints online that anyone with a 3D printer can use to print their own untraceable guns. This is an incredibly dangerous move that would enable people who are legally prohibited from having guns — including felons and domestic abusers — as well as terrorists and drug cartels to easily print them at home. And, children who can’t legally buy guns but wish to inflict harm can print them at home or try to use the 3D printer technology some schools and public libraries have.

The danger presented by downloadable guns is magnified by the fact that many of these guns can be printed entirely in plastic, so metal detectors won’t catch them. As school administrators around the country consider what they can do to keep students safe — including, in some schools, installing metal detectors — this is another reminder that we need our elected leaders to be partners in the work of keeping our kids safe.

Thankfully, this week a federal court in Seattle blocked the online distribution of downloadable gun blueprints while the courts continue to consider this issue. But this decision is temporary, which is why Congress should act now to protect the public from these dangerous devices. Legislation that would permanently block the distribution of blueprints for downloadable guns is currently pending.

We need members of Congress to cosponsor and pass bills like the 3D Printed Gun Safety Act (H.R. 6649 and S. 3304), which would prohibit the posting of any downloadable gun computer code that can be loaded into a 3D printer to print a firearm. Congress must quickly pass this legislation to keep us all safe.

I’ve done everything I can do. The unthinkable happened in our school. When my students were threatened, I helped them stay safe. And, since the shooting, I’ve used my voice to demand change. Now, our elected leaders need to step up and do what they can to keep our children safe.

The vast majority of Americans – including both Republicans and gun owners – agree that the online distribution of downloadable guns should be illegal. And firearm experts, including military veterans and law enforcement officials, have sounded alarms over the risks that downloadable guns pose. This is common sense — Congress needs to act.

Diana Haneski is the librarian at Marjory Stoneman Douglas High School and a member of the Everytown Survivor Network. She survived the mass shooting at the school that took the lives of 17 students and faculty.