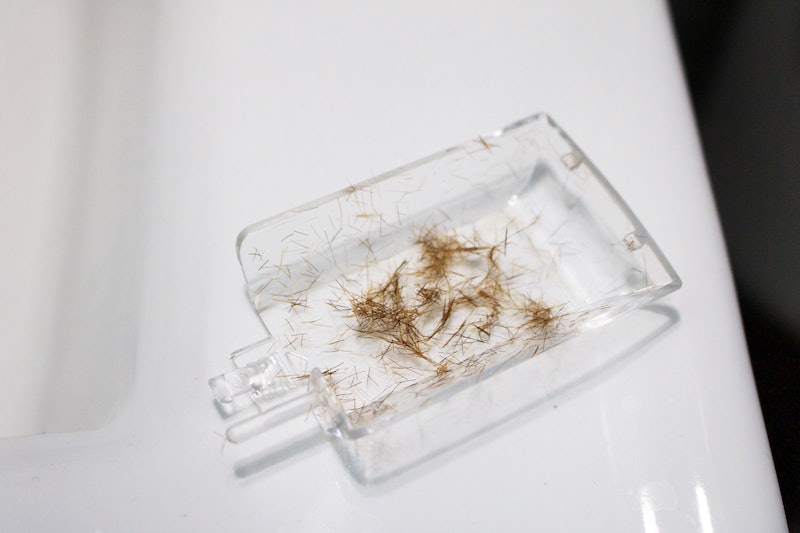 When I finally began my freshman year of college, my first adult(ish) decision was to spice up my look. Every time I got tired of looking at my boring, jet black ponytail or the uninteresting, I simply strolled to the nearest drugstore and bought two or three boxes of hair dye. It usually meant that I’d have to curb my Starbucks addiction for a week or two in order to afford enough boxes of dye to saturate my thick, long hair. But as long as I’d end up with an ultra bright (and never natural-looking) shade, I was totally game. Except once I rocked bright blue hair, I was curious to see how I’d slay the day with a minty green bun, then a flirty purple ponytail. Even when beauty bloggers online and strangers on the street who gave me concerned looks warned that dyeing my hair would lead to damage, my college self was convinced that I’d maintain strong strands with just regular deep conditioner treatments. And after years of rough split ends that made my hair feel like hay, I can tell you without hesitation that I was so wrong.

Though I thought that taking a pair of scissors to my hair would solve my problem, I was still never satisfied with begging my mom to help me snip off six inches of hair. For starters, my hair still felt rough because of my constant heat styling. And, it took less time for Chase Mathews to finally tell Zoey Brooks that he loved her than it did for my hair to grow back even an inch (and if you’ve never seen Zoey 101, it took him way too long).

So when I came across the Lescolton Split End Trimmer on Amazon, I was enchanted by dreams of smooth, split end-free locks without making my hair any shorter. It kind of resembled a straightener, and the idea of simply gliding it through your hair was the same. Except, this device had a comb and clamp to run through your hair, and a removable cover to trap the split ends that got snipped by the rotating blade. It was created so that split end sufferers could get rid of their ends without changing the length of their hair. Plus, it promised smoother-feeling hair, and as far as I was concerned, it was the answer to my prayers. I was equally excited when I heard about the Split Ender Pro 2, but my bank account hadn’t quite recovered yet from the holidays, so I opted for the cheaper Lescolton trimmer.

Once the device arrived at my front door, I charged it up and washed and air-dried my hair while I waited. I wanted to make sure my hair was clean and free of any styling products or grease, since that could cause the strands to clump together. Any clumping could inhibit the device from clipping those split ends, and I wanted to make sure that this was seriously worth the 80 bucks.

Since my hair is pretty thick, I split it down the middle and tied off half. There are two buttons on the device that control the direction the of the blade, so you press one in order to activate the moving blade when you clamp down on a section. I didn’t really find a difference in effectiveness between the two directions, so you could literally flip a coin and pick one.

I picked up thin sections of hair at a time and thoroughly brushed through them before clamping down and running the split end trimmer through 5-6 times each. I was high-key scared that the blade would get snagged by any knots and tangles in my hair and would pull out a huge chunk, but combing thoroughly beforehand seemed to do the trick. To see the tool in action, check out one of the many YouTube videos (like above, from user Amanda Moreno Young) of people trying it out.

It took me about 30 minutes to do my whole head, and I kept sneaking peeks at the clear plastic hair collector. The more tiny pieces of snipped off ends I saw gather in there, the giddier I became. It seriously felt like I was going to finally be rid of the pesky split ends that have been delaying my hair growth. But the best part was that this split end trimmer actually didn’t make my hair any shorter at all. I could actually maintain the length of my hair while removing the unhealthy, damaged tips. And the cherry on top of this sweet, sweet experiment: my hair actually felt touchably smoother. I practically pranced around the house with my freshly “trimmed” hair flowing down my back.

I don’t think that the trimmer got rid of every single split end that I have, but I do think it removed most, and I definitely think it was a great first step toward healthier hair. While I’ll still do everything I can to be gentle to my hair and use moisturizing and strengthening treatments regularly, I don’t think I’ll ever pick up a pair of hair scissors for trimming again.