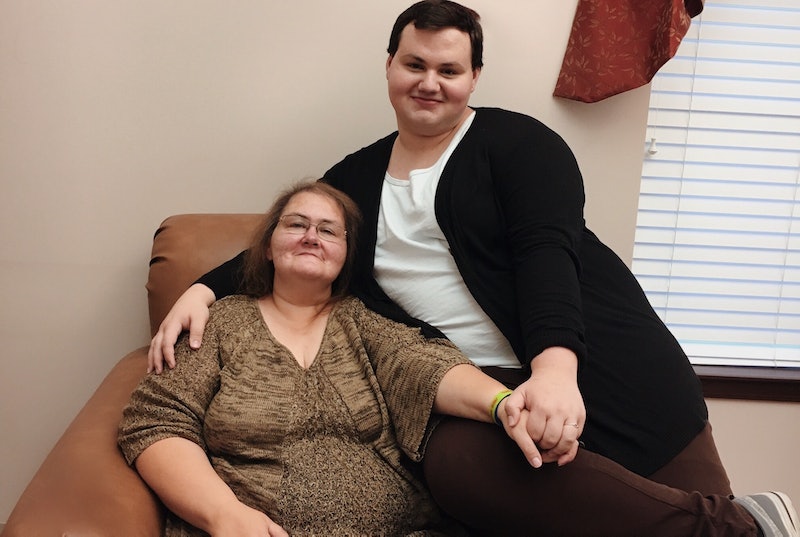 A 5-year-old girl will often look up in awe as her mother applies her makeup, wondering what the bristles of that mascara wand feel like (but perhaps a bit too scared to ask). It's a scene that is perceived as "normal" — cinematic, even. It becomes a bit more complicated, however, when it’s a 5-year-old boy admiring his mother. I would know: That’s exactly where I was at that age, sitting on the toilet seat, watching my mother put on her makeup, swinging my feet back and forth on the toilet, feeling uncertain about why I was so curious.

I knew I was different. In addition to my curiosity about makeup, I’d ask for the newest holiday Barbie or gravitated towards the High School Musical display in Walmart. Back then, being different didn’t seem like a big deal — so what if I liked dolls and movie musicals? I didn’t see anything to be concerned about. As far as my parents were concerned, I was a typical boy — whatever that meant to me. Sure, I didn’t really enjoy playing with trucks and video games, but that was OK. My mother had encouraged all of my siblings and me to explore the toys we wanted, regardless of gender. She didn’t place us in a box, nor did my father. Both of my parents were loving, encouraging, and open to anything we wanted in life, which was why there was no surprise when I came out as gay when I was 15 years old. Gay wasn't something I completely identified with, but I knew I liked boys and the color pink. Deep down, though, I wasn't happy. Eventually, I would come out as genderqueer at age 16. That still didn't totally feel right, either — I still used he/him pronouns, but wasn't happy.

A few days later, after my coming out as genderqueer, something happened — something I couldn't have predicted when I was years younger, sitting on the toilet, watching my mother put on her makeup. I spent over two hours in the bathroom, going through my mother’s makeup bag. I found purple eyeshadow and a caramel colored lipstick. I took the eyeshadow and smudged my finger into the palette. One eye at a time, I swiped the color across my oily lid. It was, admittedly, haphazard and sloppy, but I felt empowered. As I applied the bullet lipstick, and blotted the application with a tissue as my mother had always done, I felt myself coming out of what felt like an unseen cocoon.

Feeling beautiful and completely indestructible, I ran to my mother and showed her my masterpiece. She smiled and praised my application as any mother trying to hide her laughter would. I appreciated the fake praise. Instead of shooting down my makeup and degrading me, my mother simply gave me some tips on how to get an even lipstick application and how to use sponge eyeshadow tools that came in all of her palettes.

I took her advice, and continued practicing for two weeks. It was then that my mother took me shopping and I received my first eyeshadow palette, mascara, and lipstick. I don’t recall the eyeshadow or mascara — they were a dollar each at a general store — but I do remember the lipstick. It was a bright ruby red bullet. I hated how it looked with my skin tone, but I've kept it with me since.

For months after that, I played with my makeup and trying new looks, each one creating a new feelings inside of me. I was proud of my creations each time I held up my iPod for another selfie in the harsh light hanging from my bathroom ceiling. So proud that one day I decided to turn on my laptop camcorder and record a “My Favorite Lipsticks” video for YouTube. Twenty minutes of recording and two hours of editing later, I would upload the video for the entire world to see. It barely got 30 views, but being out there in makeup for the world to see set something off inside of me. No amount of concealer could hide my truth.

In the spring of 2017, I put on the most beautiful face I could think of —eyeshadow, eyeliner, mascara, and the works — and walked into the living room. I sat beside my mother, who started the conversation by complimenting my makeup. In that moment, with my full face on, I told her how I wasn’t genderqueer, but actually a woman. I told her makeup wasn’t a toy, it was something that made me feel beautiful — and made me feel like me.

She hugged me and told me that it was OK, and I found myself wondering why I'd ever been so scared in the first place. Now, when I stand back in the mirror each night and admire my peachy smoky eye and worn off eyeliner, I feel beautiful. I see a strong, independent, fully actualized woman that won’t break for anyone. I no longer see the fear I used to have of coming out as transgender, the fear that was no match for my lipstick and eyeshadow. Makeup was my weaponry, both to dig out the feelings that I buried inside, and shielded me from the fear of finding them.