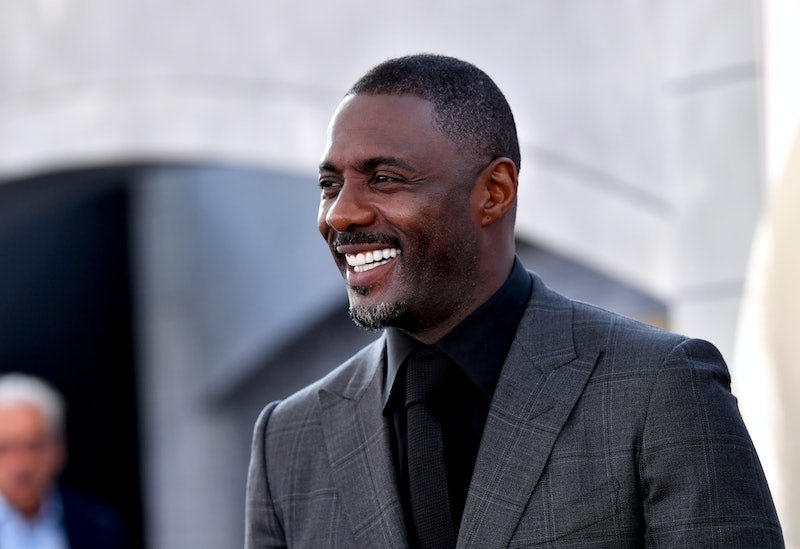 Idris Elba is People's Sexiest Man Alive 2018, DJ Big Driis, DCI John Luther and, for a while, it seemed like he might also be 007. But, sorry to disappoint folks, it doesn't look like Elba will be taking on the legendary codename after all, following reports that actor Lashana Lynch will be stepping into Bond's shoes when the spy leaves MI6. For years now rumours have been circulating over who's next in line for the coveted role and Elba was seemingly top of the list. So, following the recent reports it's even more intriguing that Elba had a line about James Bond changed in the new Fast and Furious movie.

The trailer for Fast and Furious: Hobbs And Shaw dropped in April and sees Elba step into the role of the villain Brixton. The new film is the tenth in the franchise. I know right, can you believe it's been ten? In the trailer, Elba's character is described as "a genetically enhanced soldier" and can be heard saying "look at me I'm the black Superman", which is a pretty powerful line. But apparently this wasn't always what the line was going to be. Earlier this week, Dwayne 'the Rock' Johnson told Variety that the line was originally, "I'm the black James Bond" but that Elba didn't want to say it because "it [was] too close to what everybody’s talking about." What happened to speaking your dreams into existence, eh?

Johnson explained, "everyone loves ‘the black Superman’ line. Everyone’s taking credit for it — Idris, our director, our producers, I’m sure, Jason [Statham]…[but] I came up with that. I said, ‘What about the black Superman?’ And everyone’s like, ‘Great!’ [But] now everyone takes credit." Pretty hilarious.

Although it would've been pretty cool for Elba to use the James Bond line I can understand why he didn't considering the backlash that came alongside speculation that he was to be the next Bond.

Elba told Vanity Fair he was was "disheartened" by the reaction, explaining "you just get disheartened, when you get people from a generational point of view going, ‘It can’t be.’ And it really turns out to be the colour of my skin. And then if I get it and it didn’t work, or it did work, would it be because of the colour of my skin? That’s a difficult position to put myself into when I don’t need to." How disappointing that in 2019 people still argue that the reason he can't play James Bond because he's a black man. It's a totally backwards mentality.

Elba can forget the haters though because The Independent reports that James Bond producer Barbara Broccoli threw her support behind Elba and said "it is time" for a non-white actor to step into the role. And while, as reported, Elba isn't going to be the next 007, technically there could still be a chance Elba could play the character in the future, as Lynch is only taking over Bond's codename not actually becoming Bond.

And I mean let's review the facts, Elba was voted People's Sexiest Man Alive in 2018 so seriously, is there anyone better. If you ask me, Elba should definitely be next in line for Bond, hell, sign him up already. I can't wait to see what Lynch does with the 007 role and I'm keeping my fingers crossed for Elba as Bond one day.