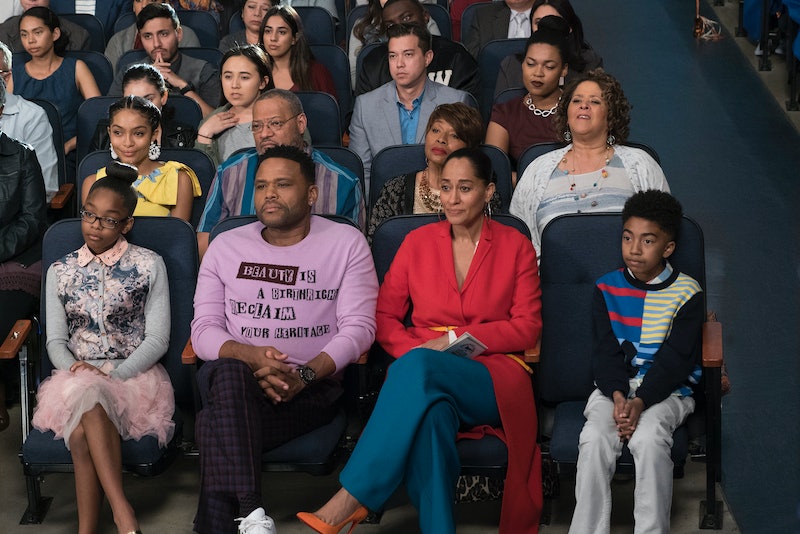 When parents get divorced, Dre opines at the start of black-ish's penultimate Season 4 episode, the kids get the brunt of "the collateral damage". And to show how Bow & Dre's separation affects their kids on black-ish, each of their children get their own voiceover in Jack, Diane, Junior, and Zoey's first POV episode. While it seems for a while like the Johnson kids will successfully convince their parents to stay together, ultimately, they can't save Dre and Bow's fractured relationship.

It's a lesson that many children of divorce must struggle to learn; as Pops and Ruby tell the Johnson offspring in the episode's closing moments, it's not their fault that their parents are going through a rough patch, and they'll always be a family. But for the first time, this storyline feels like it won't be wrapped up completely when Dre and Bow decide to give their marriage another shot. Because in the scene where they argue in front of their whole family, real, irreversible stakes are introduced, bringing this probably-temporary separation to some real, consequential places that will surely form emotional scars on the kids that can't (and the show hopefully won't attempt to) be erased with a hug, and a speech.

Each Johnson kid goes through a form of grief while processing the news that their parents are taking some "space" to live separately. Junior tries to facilitate his parents talking and coming to an understanding, acting like a concierge and offering his friendly, new "J.R." persona to make things easier. Jack has a similar tactic — he does his best to entertain everyone around him by dancing, hoping to distract them from painful, emotional realities. Diane is emotionally detached and angry, and openly talks about wanting her parents to fight it out physically. So, initially, Diane seems just like her conflict-loving self, but when Dre and Bow begin arguing in front of the kids, she's clearly deeply shaken. Meanwhile, Zoey, the eldest, finds herself acting out her parents' own unhealthy relationship with her college boyfriend.

Notably, Dre and Bow are so wrapped up in their personal drama that they don't have the energy to talk to the kids about these behaviors, barely realizing that Jack has been sent home from school. Again, this is the first time the real consequences of Bow and Dre's decision to split, even temporarily, can be seen by the audience, reinforcing the point that kids can still be caught in the middle of divorce even when their parents want nothing more than to protect them. If "Blue Valentine" showed that Dre and Bow believed they were still killing it when it came to parenting, even as their relationship faltered, this episode proves that in every moment they pretended everything was OK, they were actually making the process harder on their kids. Whatever happens with their romantic relationship, the couple are in desperate need of a new coparenting arrangement that puts the kids first.

Ultimately, the Johnson kids are not broken, and they certainly didn't cause their parents' divorce. But they do feel caught in the middle, and black-ish shows this from their own individual points of view. Whether Bow and Dre stay together, start over, or decide to call it quits, the most important thing they can do as this season comes to an end is reassure their kids and address all of the unhealthy behaviors that the kids are displaying right now. If the season ends with Dre and Bow working it out and choosing not to get divorced, that will feel like a victory to those who just want to see these characters happy again — but the series should follow through and make sure there's a focus on how the kids' mental health and emotional wellbeing recovers from this rough patch. It's the most lasting and important consequence of the separation black-ish has introduced yet.