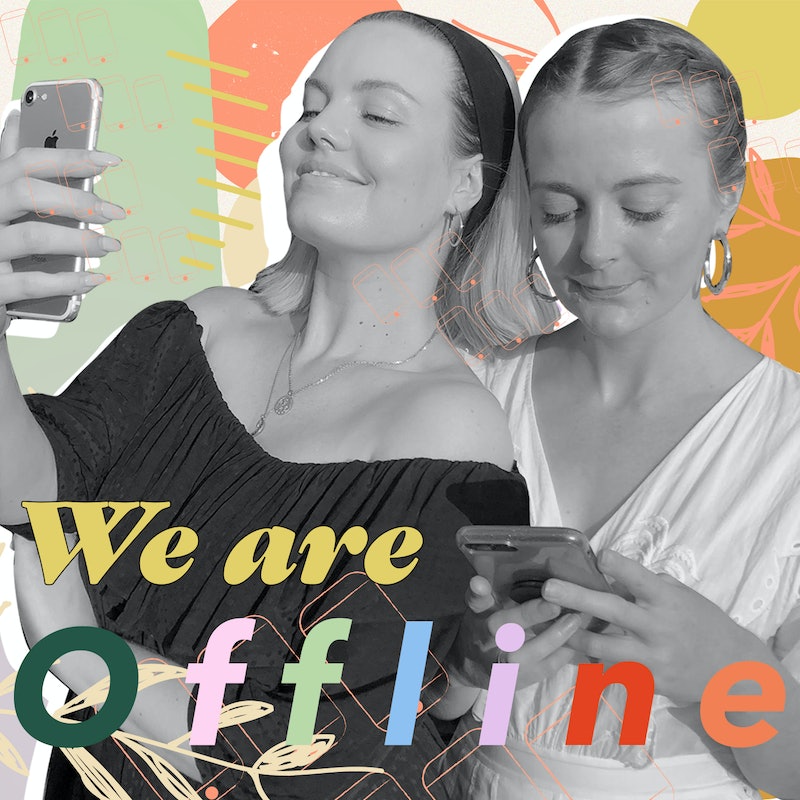 It’s hard to pinpoint the exact moment social media started having such a negative effect on our wellbeing, but with those two words in both of our job titles, as well as playing a huge part in our personal lives, it’s safe to say we quite literally, live and breathe it, and sometimes it feels like there's no escaping it. As early '90s babies, we experienced the glory days of life before DMs when we could probably still recite the landline numbers of all our closest friend. Nevertheless, it was during out teenage years that we started logging on to MSN — first by the now comically slow internet dial up speeds — and sending picture messages on our Motorola Razrs. Little did we know that it would swiftly lead to MySpace, Facebook, and almost a decade later, Instagram. Faster than our thumbs could scroll, our mobile phones — and in turn, social media — had become an uncontrollable part of our lives.

First off, we should probably introduce ourselves. We’re best friends Alyss Bowen, Associate Social Media Editor at Byrdie UK, and Lotte Williams, Social Media Executive at ASOS.com, and together we’ve launched We Are Offline, a podcast on a mission to open up the conversation around our growing social media addiction and society's state of digital dependency.

The idea came about after countless hours of us spending "quality" time together only to realise that IRL conversation had become virtually non-existent between us. Despite that, sitting on the same sofa and tagging each other in memes had become second nature. We were angry at ourselves for allowing it to happen, but knew we couldn't be the only ones who's lives were being shaped by social media in this way.

So we began our research and in the process, found some affirming yet terrifying facts. A 2018 study by Ofcom confirmed that mobile phone addiction is out of control, with two in five adults picking up their phone within the first minutes of their day. It's something we both do automatically each morning, and something I'm sure a lot of other millennials can identify with too. The Royal Society of Public Health has also reported in their #StatusOfMind study that depression and anxiety have risen by 70 percent in the past 25 years, with social media contributing vastly to both. These studies gave us the reality check we needed and in turn, led to We Are Offline.

Let's clear something up; this podcast isn’t a bid to boycott social media but simply a small step in the right direction towards addressing these very real issues and bringing back some balance into the life. During out chats we'll chat through some honest conversations with influencers and experts around topics from comparison to content creation. Our aim is to bring you the truth behind the images in your feed, so that we can all start scrolling more mindfully. We hope that you'll join us.

We Are Offline is available to download now on ITunes, Spotify and Acast