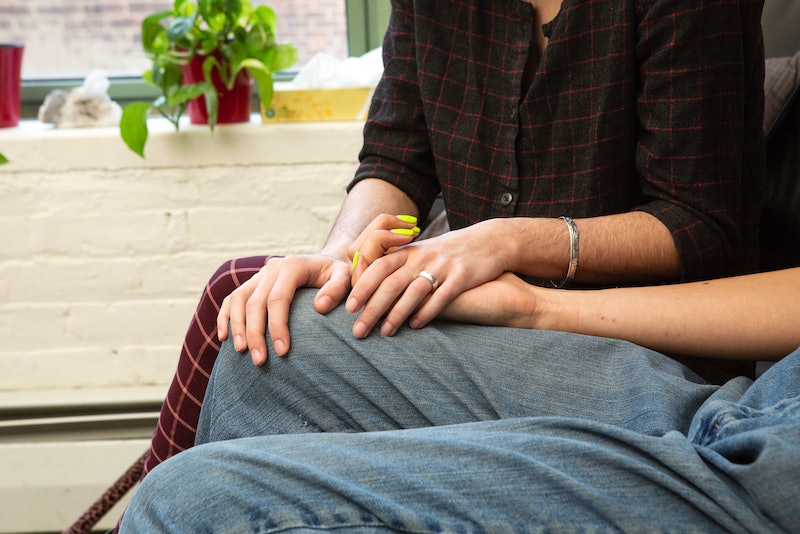 For nonbinary, gender non-conforming, or transgender people, being misgendered in public or in private — identified, deliberately or accidentally, as the wrong gender — can be a very upsetting experience, even if it wasn't intentional. It can be a simple mistake, but it can also be intended as bullying or harassment. But no matter the speaker's intentions, if you hear someone being misgendered in front of you, the best thing you can do is step in and respond. But it can be hard to know what's most helpful in that kind of situation.

When you're considering speaking up, always be aware of the potential consequences for transgender people, including discrimination and violence. Gillian Branstetter, media relations manager at the National Center for Transgender Equality, tells Bustle, "When most transgender people are misgendered, we typically grit our teeth and try to move on. At most, we may correct the person at hand in as polite a manner as possible. Most incidents of being misgendered are accidental in nature — such as by a store clerk or server — and making a scene can often put a transgender person at more risk of mistreatment than simply bearing the humiliation and going on with their lives."

Experts tell Bustle that allies can take certain steps that cement the idea that misgendering isn't acceptable, without taking away the agency of the misgendered person to deal with the situation themselves.

"As a cisgender ally to the trans community, there are many things you can (and should!) do when someone is misgendered in front of you," Dr. Maria Anderson-Long, an expert on the gender binary and gender-inclusive housing, tells Bustle. This kind of action can normalize that, no, it's not OK to misgender someone, and it is OK to step in and help. The next time you hear someone misgendering a friend, colleague, celebrity, or anyone else, you'll know how to step in.