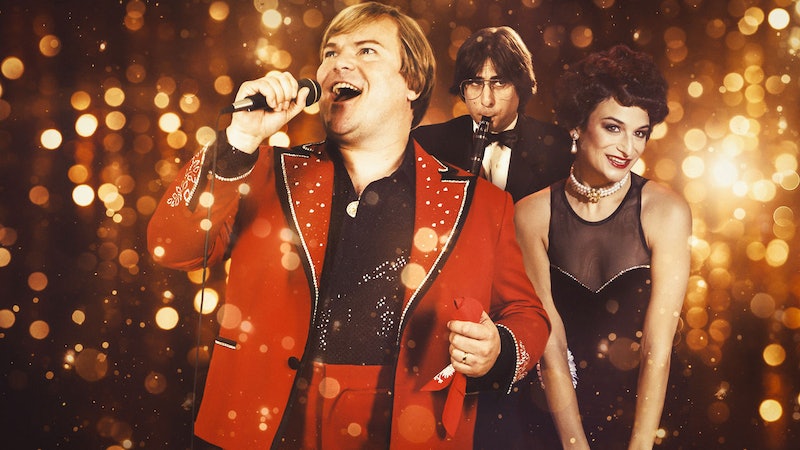 If you're not familiar with The Polka King, the new Netflix movie chronicling the real darkly comedic rise and fall of a self-made Polka empire, the story is bizarre. Jack Black plays real-life Polish-American band leader Jan Lewan, who in 2004 was arrested for running a Ponzi scheme. Lewan sold shares in his personal brand, which included his touring band, albums, and a gift shop, promising a big return on investments. His habit of optimistically stating as fact things he only hoped were true, along with several mishaps and bribery schemes (including allegedly fixing the 1998 Mrs. Pennsylvania pageant so his wife would win the crown), got him in hot water. For those who can't get enough of Lewan's tale, here are 16 movies to see if you loved The Polka King.

Lewan's self-made story is full of optimism, even as he keeps making the wrong choices. Born in Poland, he fled while touring Canada, spending years working at a Niagara Falls hotel to build a new life. He had a side business selling amber jewelry brought back from European visits, but after 9/11 the market completely crashed, leaving him deeply in debt. He readily confessed to his wrongdoings, but even in jail things went wrong — his cellmate slashed his neck (Lewan recovered). It's a hell of a story, and each of the movies below has elements of Lewan's enthusiasm, optimism, and desperation, with a touch of his oddball charm, too.