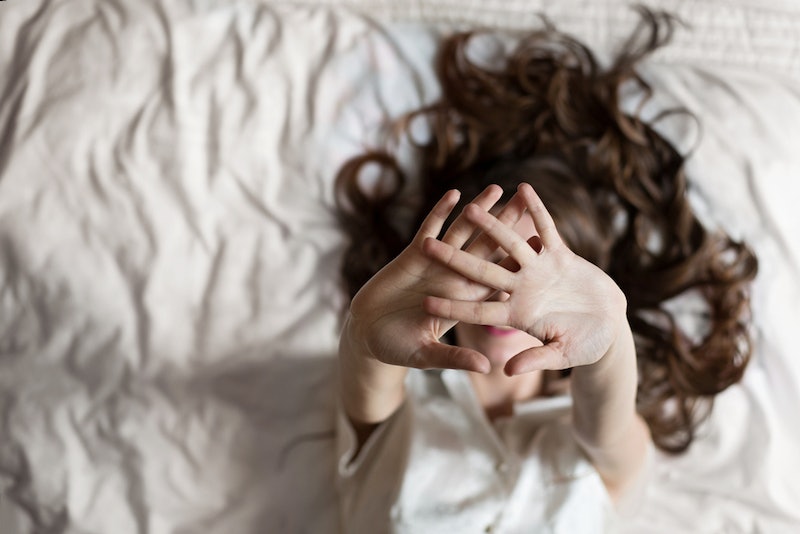 For many people, sleeping through the night is nothing more than an elusive dream. While waking up at least once is normal, if you wake up more than once in the middle of the night, it could be a sign of an underlying problem. ABC News Australia reported that, historically, two-stage sleep was the norm for humans. When people in old-timey days went to bed at sundown, they often woke up a few hours later and stayed awake for an hour or two before engaging in their second stage of sleep. What they did during this middle-of-the-night awake time is a mystery, but what is certain is that they had a lot more time to devote to sleep than you and me.

In modern society, electricity has made it possible to stay up long after sundown, but the small amount of free time people have limits their ability to try out that whole two-stage-sleep thing. If you're constantly waking up during the night, chances are the sleep you are getting isn't very restful. There are a number of things that can rouse you from sleep including stress, the call of nature, or being too hot, Healthline reported. While some of these things can be eliminated by simple lifestyle changes, others may indicate a medical condition. If you're waking up in the middle of the night on the regular, here are some reasons why.

More like this
6 Abortion Advocates To Follow On TikTok
By Sara Youngblood Gregory
How To Protect Your Digital Privacy If You Need An Abortion Post-Roe
By Kaitlyn Wylde
Here’s How Lizzo Is Supporting Abortion Rights After The Roe v. Wade Reversal
By Brad Witter
The Best Summer Workout Gear Of 2022
By Carolyn Steber
Get Even More From Bustle — Sign Up For The Newsletter