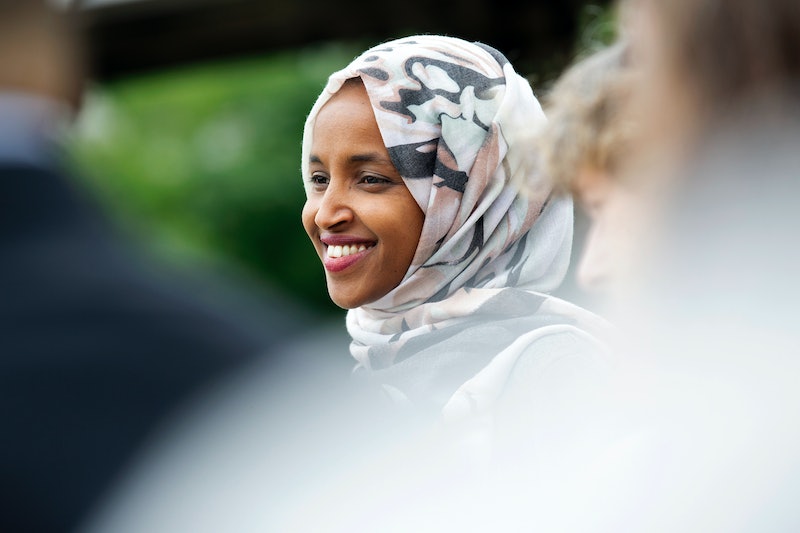 Across the United States, many students struggle to pay for their school lunches. And in some cases, these students have been shamed for carrying unpaid lunch debt. Minnesota Democratic Rep. Ilhan Omar's No Shame at School Act aims to tackle the issue head-on, according to ABC News.

"Across this country, students whose families are struggling to afford school meals are being singled out and humiliated at lunch time," Omar said. "These students are subjected to various shaming practices by schools."

In a press clip posted to Twitter, the Minnesota lawmaker mentioned instances where students had been forced to wear wristbands for not being able to afford lunch or given unappetizing replacement meals like cold sandwiches. She mentioned that some students were even named in public lists as children with outstanding debt. This culture of "lunch shaming" has to end, Omar said.

Under the No Shame at School Act, schools will be forbidden to publicly identify students who cannot afford to pay for their lunches. Identification methods that would be prohibited under this legislation include tokens, wristbands, and public lists, according to The Star Tribune. The legislation would also prohibit debt collectors from accessing school lunch fees.

In addition to this, according to Omar's legislation, schools that have students who can't afford to pay for lunch will be required to certify the pupils and allow them to access meals. Such schools would be eligible to receive reimbursement from the federal government for up to 90 days, The Star Tribune reported.

For what it's worth, states like California, New Mexico, and Virginia have outlawed "lunch shaming" over the years, arguing that it penalizes students from financially struggling backgrounds. According to ABC News, the Minnesota Democrat was joined by Valerie Castile on Wednesday. Castile's son, Philando Castile, was a school cafeteria worker and was fatally shot by a police officer in 2016.

At the press conference on Wednesday, Castile recalled how her son would pay for struggling students' lunches from his own wallet. In May, Castile herself also donated $8,000 to Robbinsdale Cooper High School in New Hope, Minnesota, to help students pay off their lunch debt, according to USA Today.

Maintaining the same passion for helping students, Castile stated on Wednesday, "We’re one of the richest countries on the planet, and I don’t think any child should be hungry. No child should be deprived of a nutritious meal."

Helping students gain access to healthy lunches without the burden of shame is a cause close to her heart, Omar said on Twitter on Wednesday.

"The issue of school lunch debt is deeply personal to me," the Minnesota Democrat tweeted. "I myself felt the pangs of hunger as a child growing up in a refugee camp. My own experience helped inspire me to combat hunger."

So far, some of Omar's colleagues on Capitol Hill have already expressed strong support for the legislation, including New Mexico Democratic Rep. Deb Haaland. "The question of whether a child should eat," Haaland said on Wednesday, "should not be dependent on a family’s income."

More like this
Twitter Has *A Lot* To Say About The "Single Penalty”
By Sam Ramsden
50 Valentine’s Day Instagram Captions To Post If You’re Single
By Jessica Booth, Lexi Inks and Carolyn Steber
11 Super Bowl Instagram Captions To Use On Game Day — Even If You Don’t Like Sports
By Alexis Morillo
How To Curl Your Hair With Leggings, According To TikTok
By Carolyn Steber
Get Even More From Bustle — Sign Up For The Newsletter
From hair trends to relationship advice, our daily newsletter has everything you need to sound like a person who’s on TikTok, even if you aren’t.