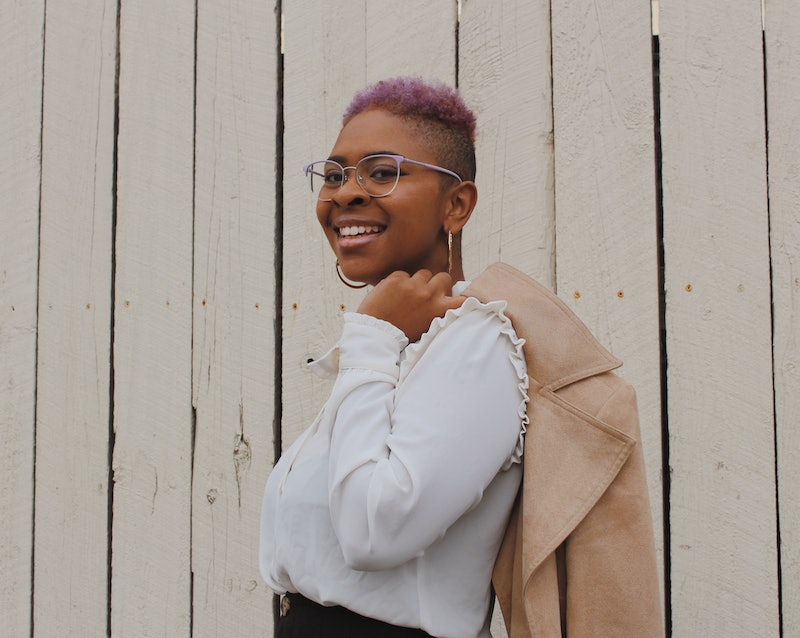 This debate has been re-sparked by Nadra Widatalla’s recent LA Times op-ed. In her piece, “The term ‘people of color’ erases Black people. Let’s retire it,” Widatalla recounts going to her first women’s group meeting, which had been billed as a “women of color-friendly” space:

No one looked like me. I didn’t expect to be in a room filled with Black women, but I also didn’t think I’d be the only one. And while the others went on about empowerment, sisterhood and freedom, I was met with, yet again, a feeling I knew only I could understand. In a room full of women discussing ways to be heard among men, ironically, I was grappling with how to do just that in the room we were in.

Based on the stories I’ve heard from my peers and friends, the disappointment Widatalla experienced isn’t uncommon. Not at all. When Widatalla and other Black women recall moments like this one, it’s apparent how the terms “WOC” or “POC” can be dismissive of the Black experience. While the critique of these terms is enormously valid, especially in moments like this, I don’t think these phrases “only” erase Black people, and I don’t think it’s time to retire them. Whether you’re Black, white, or a non-Black POC, the next step is to be more critical when using “WOC” or “POC.” An actionable way to do that is to be critical of colorism and the anti-Blackness it stems from.

Don’t get it twisted: I am all for acknowledging the specific issues Black women and femmes face. I’m aware that Black women are more likely to be raped than women of all races, according to 2017 data from the Institute on Women's Policy Research. I know that the majority of hate crimes against trans women are committed against Black trans women. I know that Black women are three to four times more likely to die from pregnancy-related complications than white women, across education level and socioeconomic backgrounds. And I'm aware of how being (rightfully) angry about these issues can make non-Black people perceive me as the "angry Black woman" — a stereotype that fits in with a host of other disparaging, sexist attitudes targeted toward Black women.

Still, I deeply value solidarity with the indigenous, Asian, and Latinx communities. It can be tempting to go beyond celebrating our differences and say that none of these groups’ struggles should have anything to do with each other. The worry that Black people’s specific struggles might get eclipsed by uncritical POC solidarity? Natural and valid. But I’m all for looking at any activism someone does to advance their racial or ethnic group as another blow to the framework of white supremacy.

And so, if endgame is to break down white supremacy — and bring about POC unity, as Asian Americans today work in solidarity with Black Live Matter, or Yellow Peril and the Brown Berets worked in support of the Black Panthers — addressing colorism is a natural next step. By definition, colorism is racial discrimination based on someone’s skin tone, favoring folks who are light-skinned. This type of discrimination has its roots in anti-Blackness, literally. The darker and closer to the color black your skin is, the less beautiful and worthy of respect you’re perceived to be.

An important aspect to note is that colorism can happen within our communities. This is why it’s important to keep colorism in mind when championing POC representation. By tackling this kind of anti-blackness, we can ensure that Black women — particularly dark-skinned Black women, who get the raw end of the deal for not fitting into Eurocentric beauty standards — aren’t left behind.

Being critical of colorism means considering the skin-lightening industry, estimated in 2017 to be worth $4.8 billion worldwide, and its prime consumers being Asian and African people across global diasporas. It means looking at which women and femmes get cast as leads in films or land modeling gigs. As Widatalla points out, the one in three WOC that land editorials and magazine covers tend to be either non-Black, light-skinned, or dark-skinned and "exceptional" (think Lupita Nyong’o). Actors like Viola Davis or rappers like Lizzo shouldn’t be the exception in a sea of light-skinned Black women creatives who get praise, score interviews, and land campaigns.

But change can start with us. If you’re in the film or music industry, or helm creative campaigns, think carefully about what kinds of WOC you’re putting in the spotlight. If not, show up to the box office. Be critical of who gets your album streams. And in your personal life, unpack who you think is beautiful or worthy, and why. If you’re attracted to women, are you only swiping right on light-skinned WOC or racially ambiguous Black women? Are you not attracted to WOC at all? (And if so, why is that?)

At the end of the day, you don’t have to retire the term “WOC” or “POC” to do right by Black women. What you do have to retire is the idea that white supremacy is only perpetuated by white people, and that Black people and other POCs aren’t accountable in some ways as well. Start showing up for Black women and femmes — and especially dark-skinned ones. And if you can, use your privilege to work toward a world where “POC” isn’t leveraged to silence those who are already being silenced by society at large.