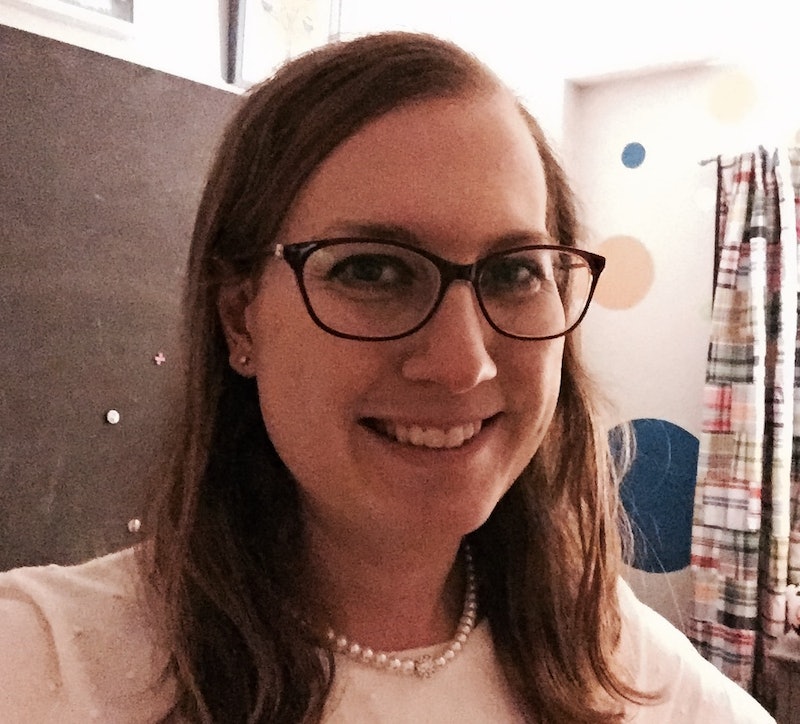 On Friday, millions of Americans will open up their Facebook, Twitter, and Instagram feeds as usual. However, they may be confused by the sight of all the blue, pink, and white patterned flags they see. For most people, this flag doesn’t have much,  if any, significance. Yet for some Americans, Friday holds a special significance as the Transgender Day of Visibility (TDOV).

According to the Transgender Michigan website, TDOV was created by Rachel Crandall, its executive editor, as a way of positively acknowledging the presence of transgender identities. It stands in contrast to perhaps the more well-known and somber holiday in November — Transgender Day of Remembrance, which is focused more on remembering murdered members of the transgender and gender variant community.

To those casually acquainted with TDOV, it may seem like an extension of pride week or an addendum to the public celebrations of society's progress on LGBT issues. But to those closely familiar with the standard living conditions of transgender Americans, TDOV and the overarching concept of "visibility" can have a much deeper significance.

For some of us, visibility is a silent reminder of who we are and where we came from as we tick off another year post-transition. For some, it can mean a profound sense of pride and defiance for past and current generations of people like us who were consigned to the bottom rungs of society.

And for some of us, visibility means danger. Sometimes, out of a sense of the fragility of our safe participation in society, or because we aren't yet ready to admit the fact that we're trans to ourselves and others, we choose not to be out or visible at all.

According to the Human Rights Campaign, in 2016, there were 22 known trans victims of fatal violence — a number which may actually be higher due to the potential of police and press misgendering of victims.

Trans people who may wish to be more visible face a catch-22: Is it safer for us to out ourselves with everyone we come into contact with and avoid being considered dishonest, or do we take our chances being pilloried with mean-spirited and potentially hazardous accusations?

Is it safer for us to out ourselves with everyone we come into contact with and avoid being considered dishonest, or do we take our chances being pilloried with mean-spirited and potentially hazardous accusations?

It’s for this reason that so many of us (who are fortunate enough to have the option) choose to “live stealth," or blend in with the cis-normative standards of appearance and choose not to disclose our at-birth gender assignments. When you add in partners of trans people, the stakes get even higher.

The sensitivity of coming out as a trans person is magnified for people of color, who are already highly vulnerable to physical violence. According to the National Coalition of Anti-Violence Programs, transgender people of color are six more likely to face police violence than white cisgender people. As Human Rights Campaign noted, "It is clear that fatal violence disproportionately affects transgender women of color, and that the intersections of racism, sexism, homophobia and transphobia conspire to deprive them of employment, housing, healthcare and other necessities, barriers that make them vulnerable."

Accidentally outing myself has become an almost unavoidable fact of life.

Soon after my transition, my wife and I were faced with two options regarding the management of our own visibility. Should we slip into a quiet life as a lesbian couple raising two kids, and never speak of my status as a trans woman? Or, should we tell our story in hopes that we can be an example of why transition doesn’t always have an inevitable and tragic end for a marriage? It turns out that most days of the year, our level of visibility is dependent on who we're considering coming out to.

In most cases, it's hard to avoid my history. In the course of a typical conversation, recounting a memory older than two years can be challenging. It comes with the baggage of explaining why I was in a situation that men are more likely to be in, or perhaps why I was in a men's locker room when something noteworthy happened. Accidentally outing myself has become an almost unavoidable fact of life.

We recognize that the risk is much higher and the options far fewer for so many others who want to choose their own level of visibility.

However, there are many cases where my wife and I find it easier to omit the fact that I’m transgender for our own convenience. Not disclosing that I'm trans to certain people eases discussions and reduces the amount of explanation we have to with new friends and acquaintances. We have the privilege of making this choice because we’re upper-middle-class white women. We recognize that the risk is much higher and the options far fewer for so many others who want to choose their own level of visibility.

The fact is, the world needs more positive images of trans people. This week, a bus traveled throughout the Northeast with an implicitly anti-trans message: "It's biology. Boys are boys... and always will be. Girls are girls... and always will be. You can't change sex." As if further evidence was needed, this bus showed how transgender people are still widely misunderstood nationally.

The future my wife and I hope for is that someday, yearly observances like TDOV won’t be needed anymore. Those of us fighting for the expansion of equality and fair access for trans people in America want a future where being trans is so mundane, the public would wonder why we ever had to have a day set aside for people to come out. Until then, we’ll continue to break out our multi-colored flags and stand up for everyone to see who we are.