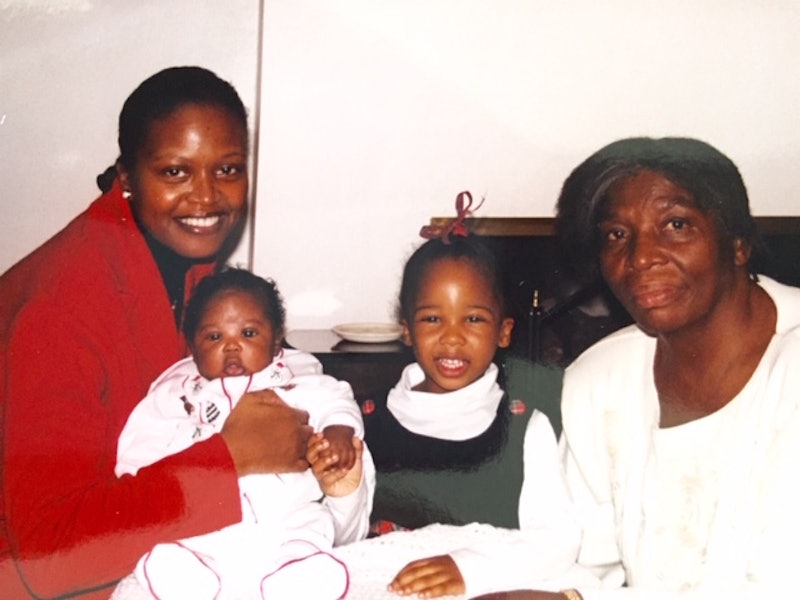 I am a Windrush grandchild. The “Windrush generation” refers to those who arrived in the UK on the HMT Empire Windrush and other ships from the Caribbean between 1948 and 1971. My grandparents and great aunts and uncles were part of the Windrush generation — a savvy group, who hoped their migration to Britain would create a better life for them and their families. But when the Windrush scandal broke a few months ago, and Caribbean migrants, including one of my relatives, were threatened with deportation, those hopes seemed misguided.

In 1954, aged 26 years old, my granddad Sonny Marshall arrived in the UK. His case was packed full of hats, trilbies, and flat caps — his most prized possessions — so he would be equipped for all occasions. Hailing from a farm in rural Jamaica, my granddad was excited to don his best hat, his sharpest suit, and waltz down London streets that were said to be paved with gold. Lots of Caribbean people migrated because they were invited to work, as post-War Britain was experiencing labour shortages. Some came over as children on their parents’ British passports and so did not apply for travel documents or passports of their own.

The 1971 Immigration Act granted Commonwealth citizens already living in the UK indefinite leave to remain. This gave those without British passports or travel documents a sense of security in the country they called home. However, it wasn’t to last. Because the Home Office did not keep a record of every case, it is now difficult for Commonwealth migrants to prove their right to remain in Britain.

In 2017, my grandfather’s nephew Sylvester “Sly” Marshall (known as Albert Thompson in the press) was denied NHS treatment for prostate cancer. He was required to provide proof of residency at the hospital, which he was unable to do because he had been evicted from his council home after authorities questioned his immigration status. Sly arrived in Britain in his teens from Jamaica. He tells me, “I wasn’t a stowaway, I’m supposed to be legal… they reckon they couldn’t find any trace of me at all.”

Sadly, this is not an isolated incident. The Home Office has identified 5,000 potential Windrush cases like Sly’s. He did not have enough savings to cover the £54,000 cost of private chemotherapy. And why should he have to? Sly feels deeply hurt and betrayed by the situation, saying “the NHS at present have just left me in limbo.” He tells me that the lack of support has left him feeling “depressed and stressed out.” While Sly was facing a life-threatening physical illness, his life in the UK was also under threat.

The Windrush generation of immigrants attended British schools, worked in Britain, paid their taxes, and helped build the country we know today, yet many are facing deportation. The scandal has been debated in Parliament, but it seems that many politicians have forgotten that these are real people, with real lives at stake.

Just a few weeks ago, my Aunty Eula was asked for her passport in a hospital. She was born in London. While the hospital claim this was routine, it’s clear that this is a case of someone’s identity being challenged and questioned because of their blackness. She worked as a nurse and has given so many years of service to the NHS, so the rejection really stung. Eula tells me she was treated like a “health tourist” and was disgusted by it. The Windrush scandal has reignited feelings of displacement and isolation among those who have called the UK home for decades. It makes the children of the Windrush generation feel lost, and failed by a system and a society that they have worked hard to contribute to. This scandal has caused many to rethink their identities, with the conflict of being British but not being made to feel it at the heart of things.

It’s not just recent contributions to society that are forgotten by those in power. Black culture has long been written out of European history. At school I never learnt about Mary Seacole, Olive Morris, or Ignatius Sancho — all black Britons who shaped history. Being one of the few black girls in a predominately white school, I remember feeling so awkward during the annual black history assembly. I would look around the room while my fellow students gleefully smiled at me and pointed to the black faces on the Smart Board as if it were my own mother on the screen.

Ignoring the role of black Britons in history denies the cultures that were stitched together create the rich and diverse society we live in. I remember reading The Souls of Black Folk at uni and really feeling a connection to W.E.B Du Bois’ double consciousness theory. Although it was written in 1903, more than 100 years ago, it’s still relevant today. He wrote: “this double consciousness, this sense of always looking at one’s self through the eyes of others…” It was a struggle to be accepted then and is a struggle to be accepted now for the Windrush generation.

For me this manifests in the countless times I’ve been asked, “Where are you from?” When I reply “London”, I’m met with a sympathetic look followed by “where are you really from?”, as if I can’t be from London and must be something “other.” Growing up in a predominantly white area and school, I could never deny my skin colour. I was called “oreo” and “bounty” for years at school, which I didn’t mind at first, but I then grew to hate these names and resent my skin. Being one of the few black girls, tokenism was real.

I was called “oreo” and “bounty” at school, which I didn’t mind at first, but I then grew to hate these names and resent my skin.

The Windrush scandal and Brexit have exposed a xenophobic undercurrent in British society. But it’s not the only threat to their way of life Windrush migrants face in the country they call home. Long-term residents of South London are being affected by gentrification. My granddad, a who has lived in Battersea for decades, has always said; “round Brixton everybody knows me”. And walking through Brixton market with him on a Saturday morning recently, I realized he was exactly right. His face lit up and he tipped his hat at those who waved and shouted; “Hi, Mr Marshall!” as he did his weekly shop for plantain and yam. The Windrush generation in particular feel the effects of gentrification. They found it difficult to find areas that were cheaper and free from racism in which to settle when they first arrived. But now, as rent rises, old family businesses are being replaced with chains. As culture is eradicated and generations disappear, so will the kaleidoscope of character that the Windrush generation has created. What was once home, no longer is.

The Windrush generation and their ancestors have long been caught between two worlds, but our elders have used this to build a unique culture through a synergy of Caribbean and British influences. These traditions are passed down to form a culture of its own. Like having a Sunday roast but with a little soul food, mac ‘n’ cheese, curry goat, or jerk chicken on the side. Whatever you were eating, you always had to add “a likkle spice to liven up the meal.”

As a black woman, I have certainly faced micro-aggressions, but as a grandchild of the Windrush generation I have privilege. It lies within the sacrifices and oppression my grandparents faced. I was born in Britain and can’t claim to understand first-hand the intricacies of the Windrush scandal. My birth rights are an unearned advantage that I would not have without the migrants on the HMT Empire Windrush.

Since the scandal broke, I have felt more and more grateful each day for the sacrifices made by the Windrush generation. As my great uncle was one of the names first listed in the media, he is now receiving chemotherapy and cancer treatment on the NHS, and has had his UK residency confirmed. Perhaps this proves that Martin Luther King was right; “the arc of the moral universe is long, but it bends towards justice.”