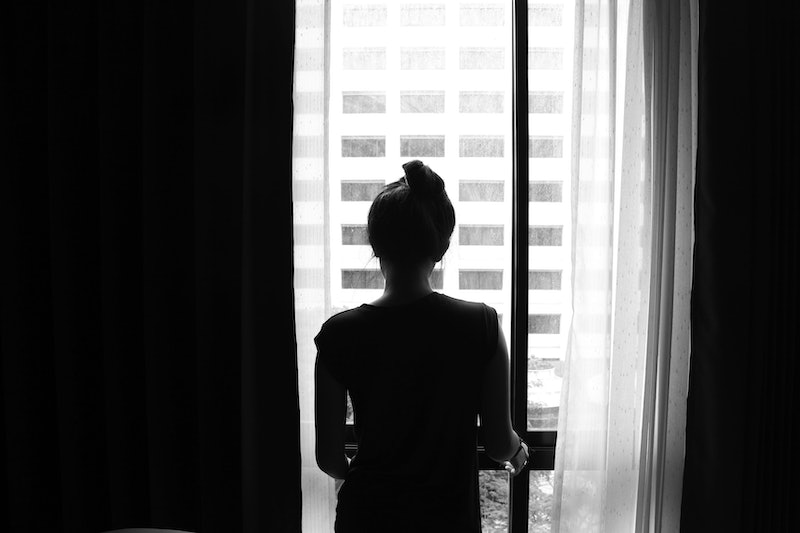 Lindsay Lerman is a Doctor of Philosophy whose novel, I’m From Nowhere, centers on a protagonist, Claire, as she navigates her thirties after a devastating loss: She quit her job to start a family, only to have her husband die unexpectedly. Who is she now, without a partner, kids, or a job? She used to live in relation to someone else (her husband), some future (a job), or some future someone else (the child she didn’t have). And when all of those things disappear, so does Claire. "She’s here in this place — this place where he is not — and she is a widow," Lerman writes. "She has no husband. She has no job. She has no children. She’s useless. She knows it."

The woman who isn’t a mother, a partner, a teacher, nurse, or engineer, is a paradox. Claire grapples with the idea that a "woman" is negatively defined. She is what she isn’t, to use Jean Paul Sartre’s definition of "being-for-itself" from Being and Nothingness. The human is all that it is not yet, always future-oriented, and always lacking that which is yet to come — so it is what it isn’t. Claire isn’t a mom, she isn’t a wife, she doesn’t have a career. Such a person must be mysterious, because if you can only ever say what someone isn’t, you never get to say what she is.

Most people, at some point, have the feeling of being lost in a vast universe where everything seems to happen without their input.

This is what is first apparent to Claire, after her husband dies. Then she starts to consider options. Men — family friends and possible suitors: Andrew and Luke — appear at her husband’s funeral, as if to represent the possible lives she could have led and could still lead. Lerman writes, "She wants multiple lives running at once — three or more distinct ribbons of time intertwined so that she can run away forever with Luke, grieve John and be fair and true to him, return to her former self and erase her mistakes, erase her acts of self-erasure, become a mother and understand what it is to live for someone else." The pressure to be everything at once, even if it’s physically impossible, regularly runs through Claire’s thoughts.

Most people, at some point, have the feeling of being lost in a vast universe where everything seems to happen without their input. Nothing out of the ordinary has happened to Claire to make her start thinking existentially. Her husband died, but so does everyone’s husband, eventually. The more pressing problem is that her future didn’t work out as planned. She doesn’t have as much control as she thought.

After her husband’s death, Claire must now decide for herself who she wants to be — because she has to. She has no other option but to be free.

Despite the fact that the universe is controlling her circumstances, Claire is still responsible for defining who she’ll be in her new situation. For her, the loss of everything that had previously defined her, and the freedom to be whatever she wants from here forward are the same thing. She’s relieved of some responsibilities, sure, but they weren’t responsibilities she was ready to lose. After her husband’s death, Claire must now decide for herself who she wants to be — because she has to. She has no other option but to be free.

'I'm From Nowhere' by Lindsay Lerman

Claire’s story is ultimately an optimistic one. The wordplay in the title of the book describes Claire as she is at the beginning of the novel — as being "from nowhere." But by the end of the book, Claire comes to be from "now here." Claire is someone, whether or not she has a job, husband, or kids. Claire is a person, as we all are, and she won’t be defined by the things she’s not. But before Claire arrives at this conclusion, she has to go through what it feels like to lose the future she had imagined for herself. She has to decide what she wants, because she no longer has the option not to decide. "But now," Lerman writes. "She would have no choice but to let herself crumble. It lands with sorrow: I will have to be what I want.”