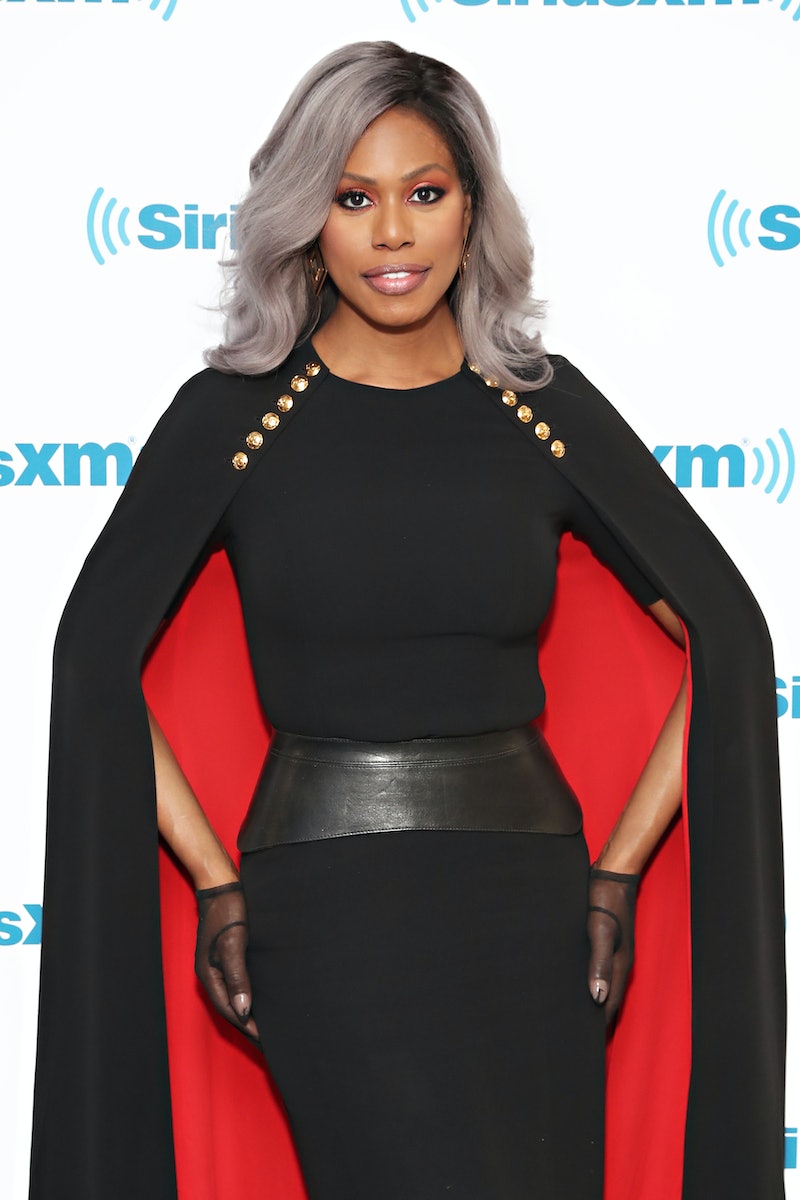 People truly have the power. In a welcome update to an outdated policy, IMDb will allow users to remove birth names from the site. The move comes after outcry from the transgender community, which claimed IMDb was publishing their birth names on the site without their consent instead of using the self-given names they felt better reflected their identities, a practice commonly known as "deadnaming." Interestingly, the announcement came just one day after Laverne Cox emotionally spoke out about the policy in an interview with IndieWire.

In the interview, published Monday, Aug. 12, Cox opened up about the dangers of the policy to transgender actors, explaining that "deadnaming" can be extremely traumatic. “The process of deadnaming trans people is deeply, deeply traumatizing for a lot of us,” she said. “It’s tied to a larger system of disavowing who we are on a fundamental level in terms of our gender identity.”

While Cox said she understood IMDb's goal to act as a comprehensive database of filmmakers, which includes information like birth names, she also told the outlet that the issue was “honestly too emotional” and “intense for me” to process from a neutral perspective. “Respecting trans people not wanting to be deadnamed is a tricky thing,” she continued. “It’s very, very complicated because there’s a website that wants to be fully comprehensive, and then there’s just the deep, deep trauma and the abuse that actually can happen, too, when someone is deadnamed. Abuse is often attached to that, and violence is often attached to that.”

Late on Monday, IMDb announced a change to their policy, saying that it will now allow "the removal of birth names if the birth name is not broadly publicly known and the person no longer voluntarily uses their birth name." In a statement provided to Variety, an IMDb spokesperson explained, "To remove a birth name either the person concerned or their professional industry representative simply needs to contact IMDb’s customer support staff to request a birth name removal." According to the statement, IMDb will be in charge of determining whether or not to remove this information, noting, "we will review and remove every occurrence of their birth name within their biographical page on IMDb."

This change has been a long time coming. The movement to change this IMDb policy began in April 2019, when representatives of two trans actors first told IndieWire that they were not able to remove their client's birth names off IMDb pages. The movement grew stronger in June, when LGBTQ advocacy groups, including, GLAAD, joined SAG-AFTRA in their battle with the site for member privacy.

Despite the very necessary progress being made in this department today, GLAAD pointed out that the site's new system was still "imperfect" due to their rule that trans actors credited in projects under their birth name will still be credited as their birth name in parentheses alongside their actual name.

“Revealing a transgender person’s birth name without permission is an invasion of privacy that can put them at risk for discrimination,” Nick Adams, GLAAD’s Director of Transgender Media, said in a statement reported by People. “IMDb’s new policy is a step in the right direction and gives some transgender professionals in the entertainment industry the dignity and respect that they’ve long deserved – however, it remains imperfect.” The statement continued, promising that the fight was not over. "GLAAD and SAG-AFTRA, along with trans people working in Hollywood, will continue to advocate that IMDb create policies that respect everyone’s privacy and safety," Adams said.

The president of SAG-AFTRA, Gabrielle Carteris, is also backing GLAAD and other LGBTQ groups in pushing IMDb to issue more protections for transgender actors following this new policy announcement. “While this half-measure is a step forward in protecting the personal safety of and reducing employment discrimination for transgender people, in revising its birth name policy, IMDb admits to invading the privacy of performers and putting them at risk for discrimination," she said in a statement to Variety. "IMDb can make no principled distinction to justify its arbitrary choices about when to invade the privacy of performers."

While this new policy from IMDb is definitely a positive change, there's still much progress to be made in order for the transgender community to be properly recognized as their authentic selves in the public sphere. Letting trans actors be credited as the name that reflects their true identity, not the names they were given at birth, is only the beginning.

More like this
Sandra Bullock, Girlboss Extraordinaire
By Matt Harkins & Viviana Olen
How Ncuti Gatwa's 'Doctor Who' Casting Impacts His 'Sex Education' Future
By Nola Ojomu
Elizabeth Olsen’s ‘SNL’ Cameo Made Benedict Cumberbatch A Multiverse Believer
By Grace Wehniainen
'Doctor Strange 2' Star Benedict Cumberbatch’s Net Worth Is Not An Illusion
By Hugh McIntyre
Get Even More From Bustle — Sign Up For The Newsletter