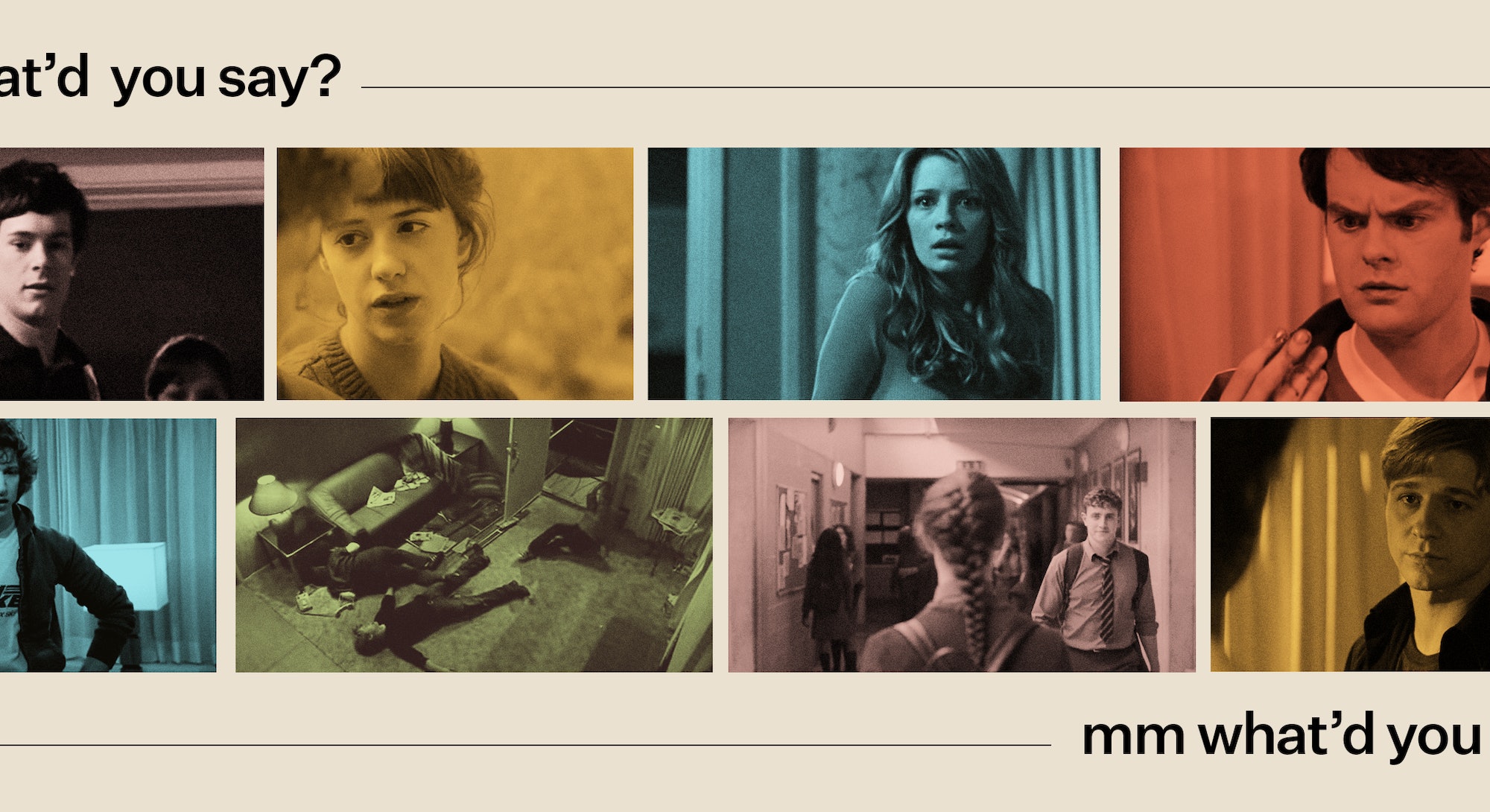 In the 2005 Season 2 finale of the juggernaut teen drama The O.C., tensions between brothers Trey and Ryan Atwood come to an explosive head. A lovelorn Ryan rushes over to Trey's apartment to confront him for laying his hands on Ryan's on-again-off-again girlfriend, the tragedy-prone Marissa Cooper. As the fight escalates, Marissa intervenes. While gazing longingly at Ryan — it's impossible to overstate just how much prolonged staring occurs in the scene — she fires a bullet into Trey’s back. The sound of the gunfire is overlaid with the vocoder-heavy vocals of Imogen Heap’s “Hide and Seek." Together, they form a perfectly melodramatic crescendo that ushered in the new sound of adolescent angst.

The O.C. — which exclusively debuted “Hide and Seek” during its May 19, 2005 finale — helped make the avant-garde track a bonafide hit. The song went on to earn more than $1 million in revenue and become certified gold by the Recording Industry Association of America. It even was parodied on Saturday Night Live. But The O.C.’s real gift was cementing “Hide and Seek” as a devastating emotional cue for teenage melancholy. In the years since, the song has soundtracked climactic moments in a number of dramas about adolescents, from Gossip Girl, to Degrassi: The Next Generation, to Norway’s Skam; most recently, Hulu’s Normal People got the “Hide and Seek” treatment.

While the timing is pure luck, it’s not surprising that “Hide and Seek” is having a cultural resurgence as it celebrates its 15th anniversary. That the song is still resonating has had a transformative effect on Heap. “I viscerally feel energized. It has an effect on my physicality and my emotions,” she tells Bustle. “[Hearing the song in] Normal People made me realize that maybe I should try to find time to get into the studio, so I am going to try to make new music.”

Ahead of this milestone, Bustle spoke with Heap about the song’s journey through pop culture.

“Hide and Seek” has taken on a life of its own over the past 15 years. What was the message you were trying to convey when you first wrote it?

At the time I had remortgaged my flat to pay for my record. I bought all the equipment for my birthday and I had $100,000 to put [it] together. A lot was riding on it. [I was in the studio] and I noticed this piece of equipment I hadn’t used that was loaned to me, a harmonizer. Playing it felt like I was jamming with myself, and what came out was this song almost in its entire form. Late at night there was a train and it went past and it harmonized itself [in the song]. Then ever so quietly is what sounds like rain, but it’s actually spaghetti bolognese cooking in the frying pan in a kitchen that’s relevant to the song.

Lyrically, I don’t really talk about [the meaning] because it’s so private. Maybe on my deathbed! A few people need to die before I let that one go. But in a way I think that’s the power of the song. It takes on its own meaning in the ambiguity, even though it’s really about something very specific that happened.

"I’ve never met [Jason Derulo], I’ve never spoken to him on the phone, I’ve never emailed him. I don’t know anything about him other than he released the song and I’m very grateful for it."

The song rose to prominence after it was featured in the Season 2 finale of The O.C. What was it like having this private, intimate song become such a phenomenon?

[I thought,] “How lucky!” It’s kind of a weird song — you either love it or you hate it. A couple people played it on the radio before and the reaction was either, “How could you play this rubbish?” Or, “I have to pull the car over because I can’t believe the beauty of this song!” But The O.C. gave so many people the license to say they liked the song.

There’s something that happens when you synchronize music and film. Something you might not have been comfortable listening to, because it’s a little bit outside of your comfort zone, is suddenly it’s OK if it’s in a film. It softens the edge of your taste, somehow. It took somebody like [The O.C. music supervisor] Alex Patsavas, who has done such amazing work for musicians in placing unknown people in those high profile positions on shows, to do that and I am eternally grateful for her.

“Hide and Seek” had a second wave of fame two years later, when Saturday Night Live parodied it in the sketch “Dear Sister.” What was your reaction to seeing this highly emotional song used in a comedic fashion?

It took on another life with SNL. They didn’t ask permission, they went ahead and did it. It’s OK, it happens all the time. It was just kind of curious because it’s this big show so you think they would’ve cleared it, but they didn’t. Then beyond [the sketch] lots of people made memes of it. I actually didn’t understand it, because I didn’t know what SNL was. I didn’t watch Saturday Night Live, so I didn’t understand the size of the phenomenon until people then started to parody that. Then a year later there’s hundreds of thousands of versions of that segment of that song, but none of that ended up in the bank account. I saw a South Park version, a Simpsons version, now I’ve seen a Game of Thrones version!

Another person who famously sampled that segment was Jason Derulo with “Whatcha Say.” How did that come to be?

I still haven’t got the full story, but my memory is somebody thought, “That’s a good idea! If we make a song out of that particular bit, it will be a huge hit!” Two weeks before Jason Derulo released it they sent us an email that was like, “Got this track we’d like to release it. Is it OK if we use the song?” A month later it was like No. 1 in half the world it seems, which was very fortunate for me and enabled me to put down a hefty deposit on my house. But I’ve never met [Jason Derulo], I’ve never spoken to him on the phone, I’ve never emailed him. I don’t know anything about him other than he released the song and I’m very grateful for it.

Since, a few people have come to my shows, like a fan of mine bringing along someone who didn’t know who I was, and they’d go, “Oh my god! She made something out of that Jason Derulo song!” I think a lot of people think it’s that way around, which is interesting.

"[The song] came from something very traumatic, so every time something good happens it just feels that, not that it’s ok, but it’s a bit better. The fact that song connected just changed my life."

One of the ways that “Hide and Seek” has lived on is through teen dramas like The O.C. and now Normal People. What is it about the song that you feel lends itself to teenage angst?

There’s something about the connotation of my voice and my song in that era. It can also stop me from getting [my songs placed] in other types of shows. I’m really thrilled about Normal People, because it kind of flattened the playing field a little bit for me, because it gives me a new association.

I publicly thanked the music supervisor [of Normal People]; I sent her a tweet. Then I discovered this thing in Vulture about how she felt really strongly that it shouldn’t be in it. But the director fought for it, against the advice of the supervisor. So I’m grateful for it. You can see the reactions on Spotify, the streams massively peaked. It’s these little gifts that we get as a musician where something just connects in the long tail, way after you produce it, just gives you that little burst of life.

Would you have ever believed this song would have such a long life when you first recorded it?

[The song] came from something very traumatic, so every time something good happens it just feels that, not that it’s OK, but it’s a bit better. The fact that song connected just changed my life. I remember having a chat with this radio guy, and I was like “Why won’t you put that song on the radio?” And he was like, “Imogen that song is never going to connect, people are never going to like it.” Then a year later it was in The O.C. So it just takes really brave people.