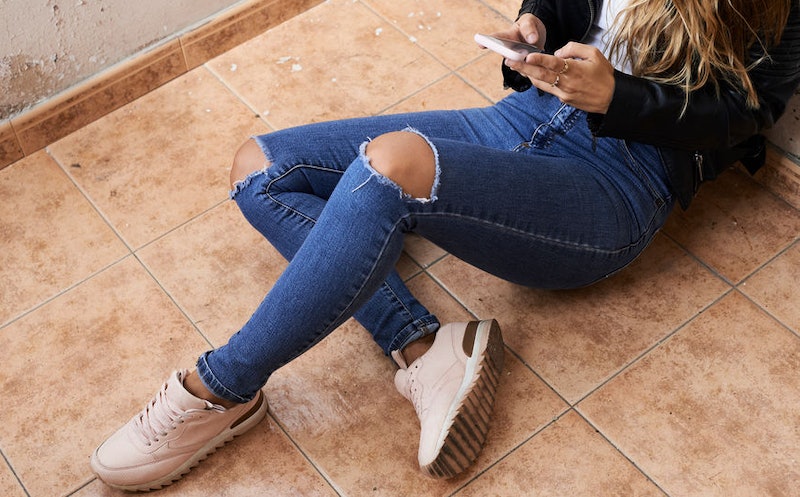 The following is an excerpt from Invisible Women: Data Bias in a World Designed for Men by Caroline Criado Perez, out on March 12 from Abrams Press.

In 1998, a pianist called Christopher Donison wrote that 'one can divide the world into roughly two constituencies': those with larger hands, and those with smaller hands. Donison was writing as a male pianist who, due to his smaller than average hands, had struggled for years with traditional keyboards, but he could equally have been writing as a woman. There is plenty of data showing that women have, on average, smaller hands than men, and yet we continue to design equipment around the average male hand as if one-size-fits-men is the same as one-size-fits-all.

This one-size-fits-men approach to supposedly gender-neutral products is disadvantaging women. The average female handspan is between seven and eight inches, which makes the standard forty- eight-inch keyboard something of a challenge. Octaves on a standard keyboard are 7.4 inches wide, and one study found that this keyboard disadvantages 87% of adult female pianists. Meanwhile, a 2015 study which compared the handspan of 473 adult pianists to their 'level of acclaim' found that all twelve of the pianists considered to be of international renown had spans of 8.8 inches or above. Of the two women who made it into this exalted group, one had a handspan of nine inches and the other had a handspan of 9.5 inches.

There is plenty of data showing that women have, on average, smaller hands than men, and yet we continue to design equipment around the average male hand as if one-size-fits-men is the same as one-size-fits-all.

The standard piano keyboard doesn’t just make it harder for female pianists to match the level of acclaim reached by their male colleagues: it also affects their health. A range of studies carried out on instrumentalists during the 1980s and 90s found that female musicians suffered ‘disproportionately’ from work-related injuries, and that keyboard players were among those ‘most at risk’. Several studies have found that female pianists run an approximately 50% higher risk of pain and injury than male pianists; in one study, 78% of women compared to 47% of men had developed RSI.

It seems likely that this is related to hand size: another study from 1984, which included only male pianists, identified twenty-six 'successful performers' defined as 'well-known soloists and winners of international competitions,' and ten 'problem cases': those who had ‘struggled with technical or injury problems over a long period.' The former group’s average handspan was 9.2 inches compared to the problem cases’ 8.7 inches — which is nevertheless still substantially larger than the average female handspan.

It was while Christopher Donison was practising the coda of the G minor Chopin Ballade on his Steinway concert grand 'for about the thousandth time,' that he had the thought that led to his designing a new keyboard for people with smaller hands. What if it wasn’t that his hands were too small, but that the standard keyboard was too large? The result of this thought was the 7/8 DS keyboard, which, Donison claimed in a 1998 interview with Piano & Keyboard Magazine, transformed his playing. 'I could finally use the correct fingerings. Broken-chord formations could be played on one hand position, instead of two. [. . .] Wide, sweeping, left-hand arpeggiated figures so prevalent in Romantic music become possible, and I could actually get on with the business of cultivating the right sound, rather than repeatedly practicing the same passage.'

Donison’s experience is backed up by numerous studies which have also found that a 7/8 keyboard dispels the professional and health disadvantages imposed by the conventional keyboard. And yet there remains a strange (that is, if you don’t accept that sexism is at play here) reluctance in the piano world to adapt.

The reluctance to abandon design that suits only the largest male hands seems endemic. I remember a time back in the early 2000s when it was the smallest handsets that were winning phone-measuring contests. That all changed with the advent of the iPhone and its pretenders. Suddenly it was all about the size of your screen, and bigger was definitely better. The average smartphone is now 5.5 inches, and while we’re admittedly all extremely impressed by the size of your screen, it’s a slightly different matter when it comes to fitting into half the population’s hands (not to mention minuscule or non-existent pockets). The average man can fairly comfortably use his device one-handed — but the average woman’s hand is not much bigger than the handset itself.

This is obviously annoying — and foolish for a company like Apple, given that research shows women are more likely to own an iPhone than men. But don’t expect to uncover a method to their madness any time soon, because it’s extraordinarily difficult to get any smartphone company to comment on their massive-screen fixation. In desperation for answers I turned to the Guardian’s tech reporter Alex Hern. But he couldn’t help me either. 'It’s a noted issue,' he confirmed, but 'one I’ve never got a straight answer on.' Speaking to people informally, he said, the 'standard response' was that phones were no longer designed for one-handed use. He’s also been told that actually many women opt for larger phones, a trend that was 'usually attributed to handbags.' And look, handbags are all well and good, but one of the reasons women carry them in the first place is because our clothes lack adequate pockets. So designing phones to be handbag-friendly rather than pocket-friendly feels like adding injury (more on this later) to insult. In any case, it’s rather odd to claim that phones are designed for women to carry in their handbags when so many passive-tracking apps clearly assume your phone will be either in your hands or in your pockets at all times, rather than sitting in your handbag on your office desk.

The average man can fairly comfortably use his device one-handed — but the average woman’s hand is not much bigger than the handset itself.

I next turned to award-winning tech journalist and author James Ball, who has another theory for why the big-screen fixation persists: because the received wisdom is that men drive high-end smartphone purchases, women in fact don’t figure in the equation at all. If this is true it’s certainly an odd approach for Apple to take given the research about women being more likely to own iPhones. But I have another, more fundamental complaint with this analysis, because it again suggests that the problem is with women, rather than male-biased design. In other words: if women aren’t driving high-end smartphone purchases is it because women aren’t interested in smartphones, or could it be because smartphones are designed without women in mind? On the bright side, however, Ball reassured me that screens probably wouldn’t be getting any bigger because 'they’ve hit the limit of men’s hand size.'

Good news for men, then. But tough breaks for women like my friend Liz, who owns a third-generation Motorola Moto G. In response to one of my regular rants about handset sizes she replied that she’d just been 'complaining to a friend about how difficult it was to zoom on my phone camera. He said it was easy on his. Turns out we have the same phone. I wondered if it was a hand-size thing.'

Almost certainly, it was. When Zeynep Tufekci, a researcher at the University of North Carolina, was trying to document tear-gas use in the Gezi Park protests in Turkey in 2013, the size of her Google Nexus got in the way. It was the evening of June 9. Gezi Park was crowded. Parents were there with their children. And then the canisters were fired. Because officials 'often claimed that tear gas was used only on vandals and violent protesters,' Tufekci wanted to document what was happening. So she pulled out her phone. 'And as my lungs, eyes and nose burned with the pain of the lachrymatory agent released from multiple capsules that had fallen around me, I started cursing.' Her phone was too big. She could not take a picture one-handed — 'something I had seen countless men with larger hands do all the time.' All Tufekci’s photos from the event were unusable, she wrote, and 'for one simple reason: good smartphones are designed for male hands.'

Her phone was too big. She could not take a picture one-handed — 'something I had seen countless men with larger hands do all the time.'

Like the standard keyboard, smartphones designed for male hands also may be affecting women’s health. It is a relatively new field of study, but the research that does exist on the health impact of smartphones is not positive. But although women’s hand size is demonstrably smaller than men’s, and although women have been found to have a higher prevalence of musculoskeletal symptoms and disorders, research into the impact of large smartphones on hands and arms does not buck the gender data gap trend. In the studies I found, women were significantly under-represented as subjects, and the vast majority of studies did not sex-disaggregate their data — including those that did manage to adequately represent women. This is unfortunate because the few that did sex-disaggregate their data reported a statistically significant gender difference in the impact of phone size on women’s hand and arm health.

Excerpted from Invisible Women: Data Bias in a World Designed for Men by Caroline Criado Perez, available on March 12.

More like this
We’ve All Had Bad Sex. Nona Willis Aronowitz Is Talking About It.
By Sophia Benoit
10 Must-Read New Books Out This Week
By K.W. Colyard
Jennette McCurdy’s First Kiss On 'iCarly' Didn’t Go As Planned
By Bustle Editors
Watch The Trailer For Netflix’s Edgy New Comedy 'FAKES'
By Brad Witter
Get Even More From Bustle — Sign Up For The Newsletter