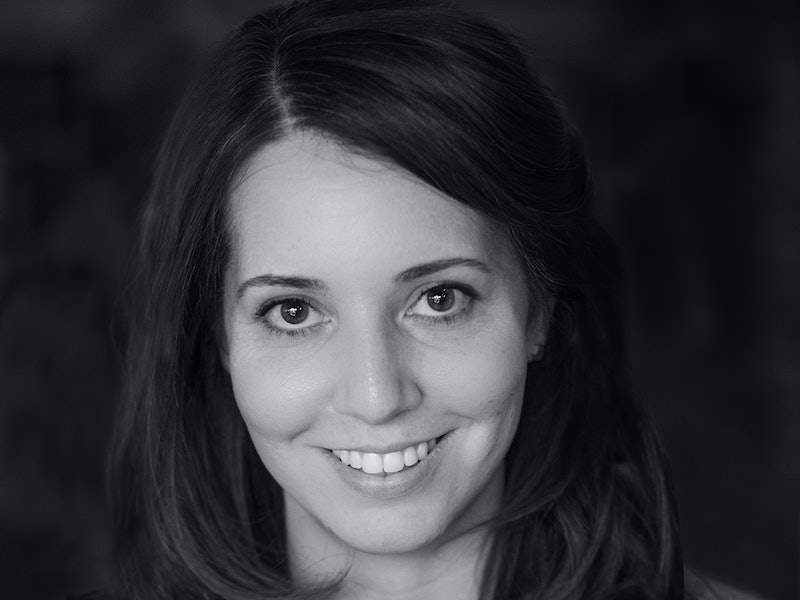 Jeannie Vanasco, author of 'Things We Didn't Talk About When I Was A Girl, interviewed her rapist 14 years after the sexual assault. Photo courtesy of Theresa Keil.

Jeannie Vanasco got the consent of her subject, Mark, before writing about him in her latest memoir, Things We Didn’t Talk About When I Was A Girl. Consent is what she herself did not give when Mark raped her 14 years earlier, during a party, in the basement of the house where Mark was living. Until that moment, Jeannie and Mark had been friends — best friends, even, for a time. It’s that friendship — and the fact that Mark was an otherwise "nice guy" — that led Vanasco to reach out to him so many years later. The #MeToo Movement, originally created by Tarana Burke in 2006, had gone viral, conversations about sexual assault were being had all over the world, and she wanted answers. Or, more accurately, she wanted to know if there were any answers to begin with. She wanted to interview her rapist.

It took Vanasco a long time to call what happened to her "rape." In Things We Didn’t Talk About When I Was A Girl, she writes of her complicated feelings about Mark and her inability to put what happened to her into any sort of clear, black-and-white context. It’s difficult, she shares, to reconcile the Mark who was her friend with the Mark who raped her. Once Mark consents to being interviewed, Vanasco asks him how it’s possible to be a good person and also rape somebody. That’s who Mark was to her: A good person who nonetheless made the decision to rape his friend one night.

According to RAINN, (Rape, Abuse & Incest National Network) eight out of 10 rapes are committed by someone the victim knows, so it’s kind of amazing that there aren’t more conversations being had about the complicated feelings victims can and do have for their perpetrators. Rapists are their victim’s coworkers and classmates, family and friends, spouses and lovers. When a victim is raped by someone who they cared deeply about, just moments before, where do those feelings go?

"I felt ashamed because my feelings conflicted with those voiced by #MeToo supporters I admire."

In Vanasco’s case, they get absorbed into the rest of your life until they find their way into a memoir, one that will hopefully help fellow victims/survivors feel less alone in their own complicated feelings.

"The shame I felt when writing this book, in 2018, and the shame I felt when the rape happened, back in 2003, made talking about the rape incredibly hard — yet the shame existed for different reasons," Vanasco tells me. "In 2003, I felt ashamed because my behavior conflicted with cultural portrayals of the good victim: I was drunk, and I didn’t fight back. In 2018, I felt ashamed because my feelings conflicted with those voiced by #MeToo supporters I admire: I didn’t hate the guy, didn’t want him locked up, didn’t even know if I could call what he did rape — and I actually wanted to talk to him, to ask him how the experience had affected him. Suddenly, I viewed myself as the monstrous one, as the criminal, for considering his point of view."

Vanasco writes that she doesn’t want to disappoint other feminists with her feelings. At the same time, she believes Mark’s voice has a place in her own story of being raped. "I think a lot of us feel silenced when our thoughts and feelings conflict with how we’re encouraged to think and feel," she says.

She says she deleted sexual assault scenes from her first book, The Glass Eye, about her father's death, because "they made the narrative unwieldy."

"I didn’t want these other men getting in the way of that," she says. "But the more I thought about it, the angrier I felt. I felt angry that sexual assault's prevalence does that: it interferes with so many women’s lives."

But once #MeToo was everywhere, Vanasco decided she was ready to dedicate an entire book to her experience. "I absolutely support the movement," she says. "I feel so grateful for it. But I had trouble recognizing my story within the dominant narratives being covered in the news."

"I’d never allowed myself to feel anger, resentment, or contempt."

Vanasco describes her experience of belated anger — an experience that many women seemed to share, after #MeToo went viral. Women who had been raped years and even decades earlier didn’t know they were allowed to be mad — there was nowhere to be mad safely — and so those feelings were largely repressed, perhaps unconsciously.

"This book helped me realize that I hadn’t really forgiven Mark," Vanasco says. "I’d never allowed myself to feel anger, resentment, or contempt. Without accessing and then overcoming those emotions, I could forgive him easily — and therefore it wasn’t genuine forgiveness. I processed the anger only after I had that realization."

Through finally processing her anger, instead of ignoring it, she has been able to move on. She can’t say the same for Mark. "He’s not interested in doing the hard work of sorting through what he did," she tells me. "He wouldn’t have talked about the rape, to anyone, had I not reached out to him. So he’s left with the mess now. I’m not obsessed by it anymore."

At the same time, Vanasco isn’t necessarily saying that speaking to Mark was ultimately the right thing to do. "Like I say in the book, it’s a memoir, not a manifesto. I’m offering up my feelings, impulses, thoughts, actions — all of it — as examples, not directives. That way, if any other victim/survivor reacted to their sexual assault the same way, they might feel less alone."

"That’s why writing this book was important to me. I found my way of punishing him, one that served to benefit me and hopefully will benefit others."

Things We Didn’t Talk About When I Was A Girl is a brave and difficult memoir. Vanasco conducts exhaustive research into her past and Mark’s, in order to arrive at some sort of truth. She challenges herself as much as she does Mark, asking the kinds of complicated and nuanced questions that should lead to complicated and nuanced answers. On multiple occasions Vanasco gives Mark, if not opportunities to defend himself, at least opportunities to shed some light on the psychology of rape and the people who commit rape. And yet, each and every one of her conversations with Mark boil down to one very clear and uncomplicated fact: Mark raped her because he could. No one seems more aware of this fact than Mark himself.

That’s the sense Vanasco says she got from their conversations as well. "Mark always had an ego," she says. "He was constantly being praised for being intelligent, and so he coasted. In the nineties and early 2000s, most white, middle-class teenage guys I knew valorized slacker culture. Their mantra: 'meh.' Guys like them rape because they take their privileges for granted. And they assume they’ll never get seriously punished for their laziness or their crimes. That’s why writing this book was important to me. I found my way of punishing him, one that served to benefit me and hopefully will benefit others."

Vanasco makes the distinction between rape being a women’s issue and a feminist issue — and for her, it’s a feminist issue. “While perpetrators may be overwhelmingly men, most men are not perpetrators,” she says. “A lot of men are ready for these conversations and are already having these conversations. And a lot of men want to help. Yet they’re often talked to, and talked about, as either perpetrators or potential perpetrators. So let’s give them suggestions for how to reduce harmful assumptions that other men — men within their social circles — express about consent and sexual assault. I want everyone, regardless of gender identity, to work together to stop gender-based violence.”

Things We Didn’t Talk About When I Was A Girl is filled with transcriptions of the conversations between Vanasco and Mark. In one of them, Mark describes himself as having "ruined" Vanasco’s life. It’s an assumption of power that infuriated me as a reader — not because rape doesn’t ruin lives, because it can. But how can Mark assume that by making one decision to commit one act that he ruined Vanasco’s life?

"Mark didn’t ruin my life," she says. "He affected it, but by no means did he ruin it. I have great friends and a great partner. I’m doing what I love."

You can now order Things We Didn't Talk About When I Was A Girl by Jeannie Vanasco.