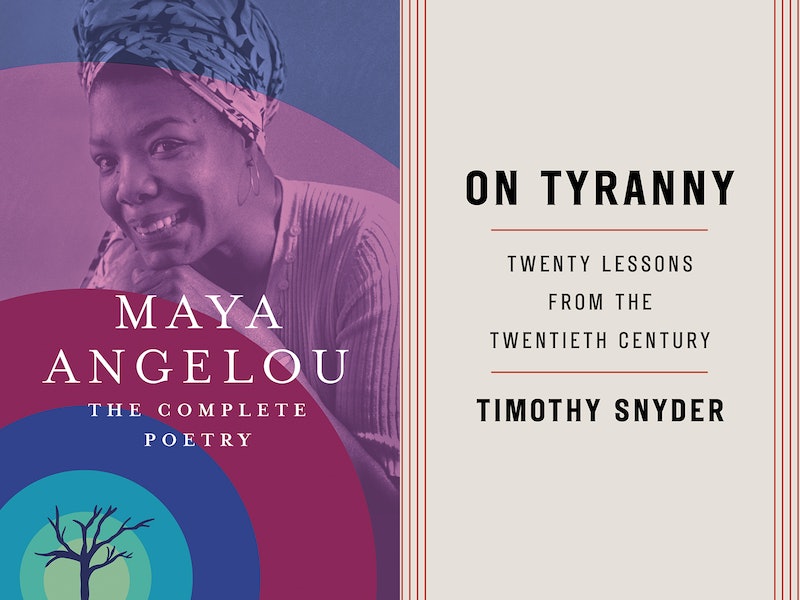 In Hillary Clinton’s just-released memoir, What Happened, out Sept. 12 from Simon & Schuster, the former presidential candidate opens with the election loss that devastated voters and Americans everywhere — not least of all, HRC herself. But Clinton is nothing if not a fighter, and as her memoir shows, even the most clobbering of political losses can’t keep her down for long. But, you might be wondering, how does someone bounce back not only from losing the presidency, but losing the highest of achievements — one Clinton dedicated years of her political life to achieving.

As all less-high-profile book-lovers know, literature can get a person through just about anything. As it turns out, Clinton shares a similar feeling. The first chapters of What Happened are packed with literary references and nods to the books Clinton read after the election. From the poetry of Maya Angelou to the dystopic political fiction of George Orwell, it turns out Clinton’s self-care routine looks a whole lot like mine — and like that of many book-lovers, who turn to the written word in times of need.

Curious what books were stacked in Hillary Clinton’s TBR pile as she processed her loss, fought through her anger, and finally took a vacation that was practically decades overdue? Then check out this list of what books inspired Hillary Clinton after the election.