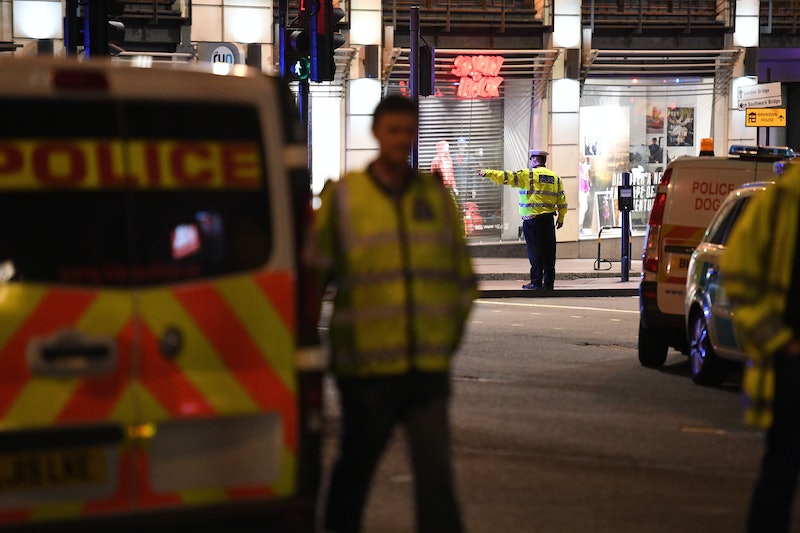 According to reports from several different news outlets, some sort of incident at the London Bridge has left people injured. The BBC reports that a van struck pedestrians on the bridge, in what's being characterized as a "major police incident." Traffic on the bridge has reportedly been closed down in both directions while law enforcement responds.

It's important to remember that chaotic breaking news events like these often lead to inaccurate early reports, so it's worth exercising caution and judgment, and seeking information from reliable news sources in close proximity to the incident. As it stands now, a witness reportedly told the BBC that as many as six people were struck by a white van that swerved off the road as it crossed the bridge.

The Metropolitan Police have also confirmed they're responding with armed officers to an incident at London's Borough Market, although whether these incidents are in any way connected is yet unclear.

BBC reporter Holly Jones reportedly witnessed the van veering into pedestrians at the London Bridge, estimating it as traveling at about 50 miles per hour at the time.

He swerved right round me and then hit about five or six people. He hit about two people in front of me and then three behind ... I'd say there are about four severely injured people. They all have paramedics assisting them at the moment.

According to The Telegraph ― and again, early figures of people slain and injured are often unreliable and subject to change in moments like these ― up to 20 people were reportedly struck by the van, and there have been subsequent reports of three men attacking people with knives.

There have also been reports of gunshots spreading across social media, although those haven't been confirmed by any media just yet, nor the police, and as such should not be assumed true. As the Metropolitan Police tweeted, it only releases information it knows to be accurate.

According to the BBC, the police have confirmed more than one fatality in the London Bridge incident. It also reported another incident in Vauxhall, although the police subsequently tweeted that the Vauxhall incident was a stabbing not connected to the London Bridge and Borough Market incidents.

At approximately 12:25 a.m. local time on June 4, as denoted in the tweet embedded above, the Metropolitan Police designated the incidents as acts of terrorism. There's still been no word as to the motivations behind the attack, although the details that have been reported track pretty tightly with the pattern of events seen in the terrorist attack near the British parliament back in March.

According to NBC News, at least 20 people have been transported to six different hospitals in the aftermath of the attack.

A number of people close to the scene reported hearing explosions go off, but James Cox of The Sun has since tweeted that he received confirmation the blasts were controlled detonations performed by the police. According to the BBC, the London Bridge will stay closed throughout the night.