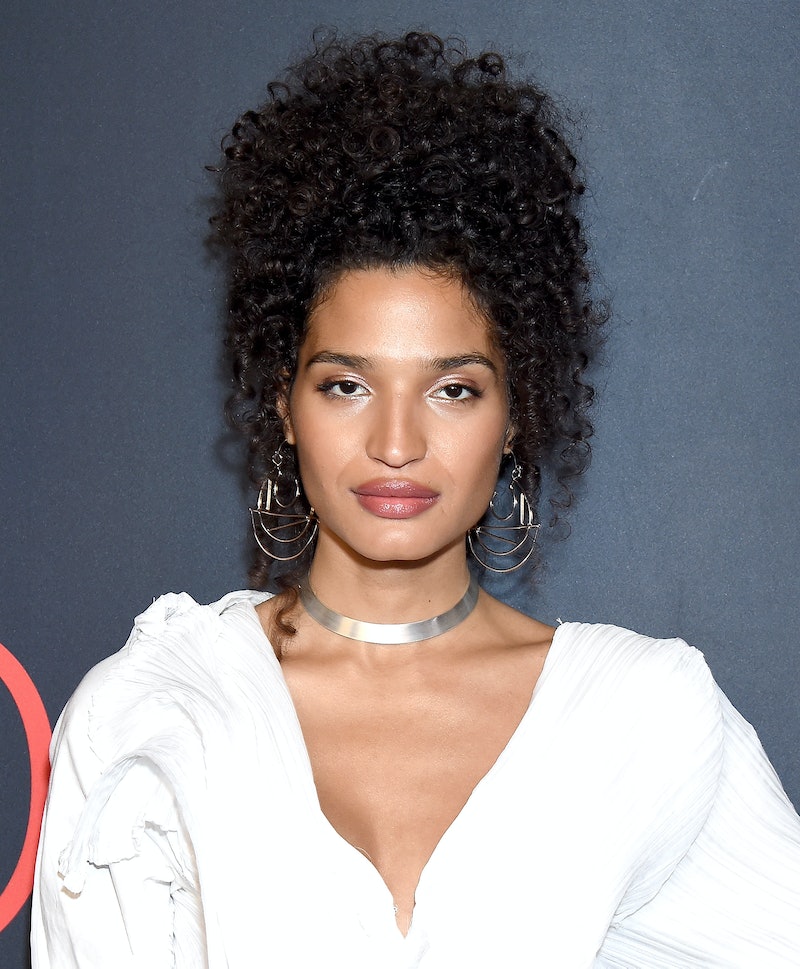 In this letter, journalist Barbara Gonzalez writes to Indya Moore about how the star helped her to learn that it's fine to break the mold.

To speak about you as merely a style icon would be a gross oversight of everything else that you are. Yet, your significance to the fashion world as we know it today cannot be extracted from all the other roles you embody.

I first learned of you back in March 2018, when you sat on a panel for the Trenza "La Futura" event, alongside other Latinx women like Alexandria Ocasio, and a couple of my good friends. This was a few months before the season one premiere of Pose, but I was still so excited to be introduced to you in person after the panel. The energy, attitude, and overall state of being I saw you exhibit on stage is something that can only be described as grounded yet regal.

The same could also be said about your clothes, too. That day, I remember you wore a long-sleeved crop top along with bold, orange pants. It was an exquisite look, but simple enough that anyone could execute the combo on their own. Even when it came to your hair, I was mesmerized. As you spoke of your life experiences as an Afro-Caribbean non-binary person, your natural ringlet curls bounced effortlessly with every mention of the racial and colonial issues you called out that directly affect our shared culture.

After the panel, I immediately followed you on Instagram to keep an eye on your style, activism, and professional journey — one that I knew would be historic. But at the time, I had no idea exactly how right I would be.

While I am queer, I don’t identify as non-binary. However, when I was growing up in New York City, my younger brother and I constantly shared (read: stole) each other’s clothes. He and I were the only two Puerto Rican kids in East Harlem bending gender style norms in our family and on our block. He would take my skinny jeans; I would grab his baseball caps and button-up shirts. As a child, I didn't realize that society wanted to put me in a fashion bubble. But as an adult, you helped me realize there’s no shame in breaking out of the senseless boxes that we’re put in when it comes to fashion, especially as people of color. You effortlessly embody a vibe and style that says, in your own voice, “Gender? I don’t know her.”

This has become increasingly clear as your platform has elevated through the success of Pose. But along with your ever-growing creativity when it comes to fashion, you never once switched up your message of inclusion and justice for queer, non-binary, and trans folks of color. You remained an active advocate for our community, utilizing fashion as one of many avenues to share this message.

Through a Denim Day campaign you did with Celestino Couture in April, you highlighted the harrowing reality of sexual abuse and violence targeting both trans and cis people. And with your most recent Calvin Klein partnership for Pride, you used the opportunity to talk about the importance of consent. But at the same time, you created further representation for diverse non-binary people. In an interview with ELLE, you shared that the Calvin Klein ads would feature “a subtle crotch bulge to go along with [your] pert breasts.”

But this isn't the first time you've effortlessly made your feminine and masculine styles collide. Over the years, you've proven that you are seemingly just as confident rocking a fresh face and androgynous look as you are serving a full beat and fun, ultra-femme dress. And for your W Korea March cover shoot, stylist Woo Lee draped you an oversized blazer and pant combo with a floral bralette, all while you made it clear in your Instagram caption that you were, "Owning my right to breathe my next breath." It’s seemingly impossible for you to not bring your politics to whatever you are involved in, a feat that is equally as challenging as it is liberating.

By the very virtue of you being exactly who you are — a Black, Bronx-bred, trans activist, who is thriving in the fashion and entertainment industries — you are smashing realms of possibility not just for me, but for others as well. You are showing our community that in spaces where the white, cis, and upper-class have predominantly been in control, we are the future. Those who see themselves in you now are empowered to pave their own ways and live authentically in whatever way they choose. You banish the notion that one has to be quiet and palatable in order to succeed in an industry where your skin tone, hair texture, and gender identity already makes you louder than most. You are revolutionizing the way we think about not just the fashion world, but how race, gender, sexuality, class, and so much more function within that capacity and outside of it.

Indya, you are a bright light in a dark world for every Black queer person watching you right now. You hold masculine and feminine energies so expertly and freely, embodying an aesthetic that is so unique. You are royalty in brilliant sequins, a pant suit, a towering crown of curls, and a confident swagger to back it all up. You have taught me that fashion and style do not have to be frivolous — or controlled by gender — as long as you hold your politics to the same standard as you hold your aesthetic, if not higher.

You rep for everyone and anyone who has ever been an outcast, but especially for this queer Afro-Boricua girl from uptown Manhattan.