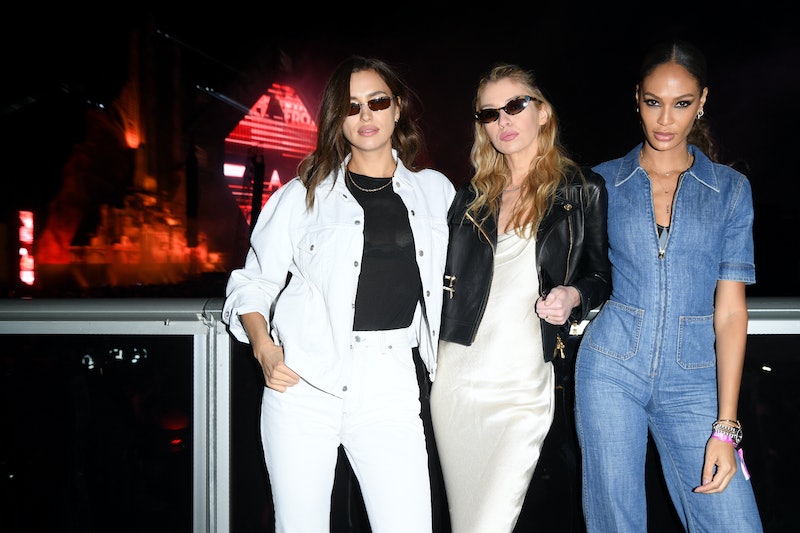 Saudi Arabia is a country often in the news for human rights abuses and female inequality. But a bunch of celebrities and influencers have sparked backlash for "promoting" Saudi Arabia in posts on Instagram, seemingly forgetting that the country has been accused of orchestrating the murder of journalist Jamal Khashoggi in 2018, has detained and allegedly tortured female activists, and actively discriminates against the LGBTQ+ community.

Ironically, the social media backlash has garnered just as much, if not more, attention than the promotional posts from the likes of Armie Hammer, Sofia Richie, and notable models Jourdan Dunn, Irina Shayk, and Alessandra Ambrosio.

All of the notable names were invited to a music festival, MDL Beast, held in the Saudi Arabian capital of Riyadh. (Some have disclosed paid partnerships on Instagram.) The gushing captions posted underneath the lavish shots failed to mention any of the nation's alleged abuses and crimes.

Instead, actor Hammer described the event as "a cultural shift." He went on: "I saw Saudi men and women ecstatic about an event that they never thought they would ever see in their lifetimes ... Social evolution is slow and takes time but what I was able to be a part of felt like one giant seed of growth. The people there throwing themselves into the experience will lead a cultural revolution that we all need to get behind and support."

Model Halima Aden, meanwhile, said the country "will forever hold a special place in [her] heart" while fellow model Winnie Harlow echoed a similar message, meanwhile Richie posed with friends in a post captioned "Saudi girls". Even the UK edition of Glamour magazine accepted a paid partnership with the festival.

Bustle has contacted Hammer, Richie, Dunn, Shayk, Ambrosio, Harlow, and Aden for comment and will update this piece should any new information become available.

As the Guardian reports, Saudi Arabia is attempting to appeal to foreign tourists. Lucrative influencer trips are a modern day way of making that happen. Sponsored Saudi posts were first noted in October, per the newspaper.

"The Saudi government is investing so much in trying to reconstruct its image, particularly after the assassination of Jamal Khashoggi, the Saudi journalist who was killed in the Saudi consulate in Turkey," Dr. Raihan Ismail, an expert in Islamic studies, told the Guardian. “I think that’s when people started to realise that we’re dealing with an authoritarian regime. We’re dealing with a state that is so repressive.”

Crown Prince Mohammad bin Salman has always denied any involvement in Khashoggi's murder, per the BBC, with authorities saying it was a "rogue operation." There has been little word on the fate of imprisoned women's rights activists such as Loujain al-Hathloul. Although one of their causes — the ban on women driving — was eventually won, they remain behind bars and, per the Guardian, women in Saudi Arabia still require male consent to do a number of things.

Thankfully, some celebrities have been outspoken about the recent bout of irresponsible influencing. In a statement given to Instagram account Diet Prada, Emily Ratajkowski said she turned down the music festival offer.

"It is very important to me to make clear my support for the rights of women, the LGBTQ community, freedom of expression, and the right to a free press. I hope coming forward on this brings more attention to the injustices happening there," she said.

Model Martha Hunt also admitted to declining the same offer, writing on Instagram: "I stand in solidarity with the repressed people of Saudi Arabia and refuse to be used as a campaign to cover up those suffering from injustice. I encourage other influencers to make informed monetised decisions based on social conscience and integrity."