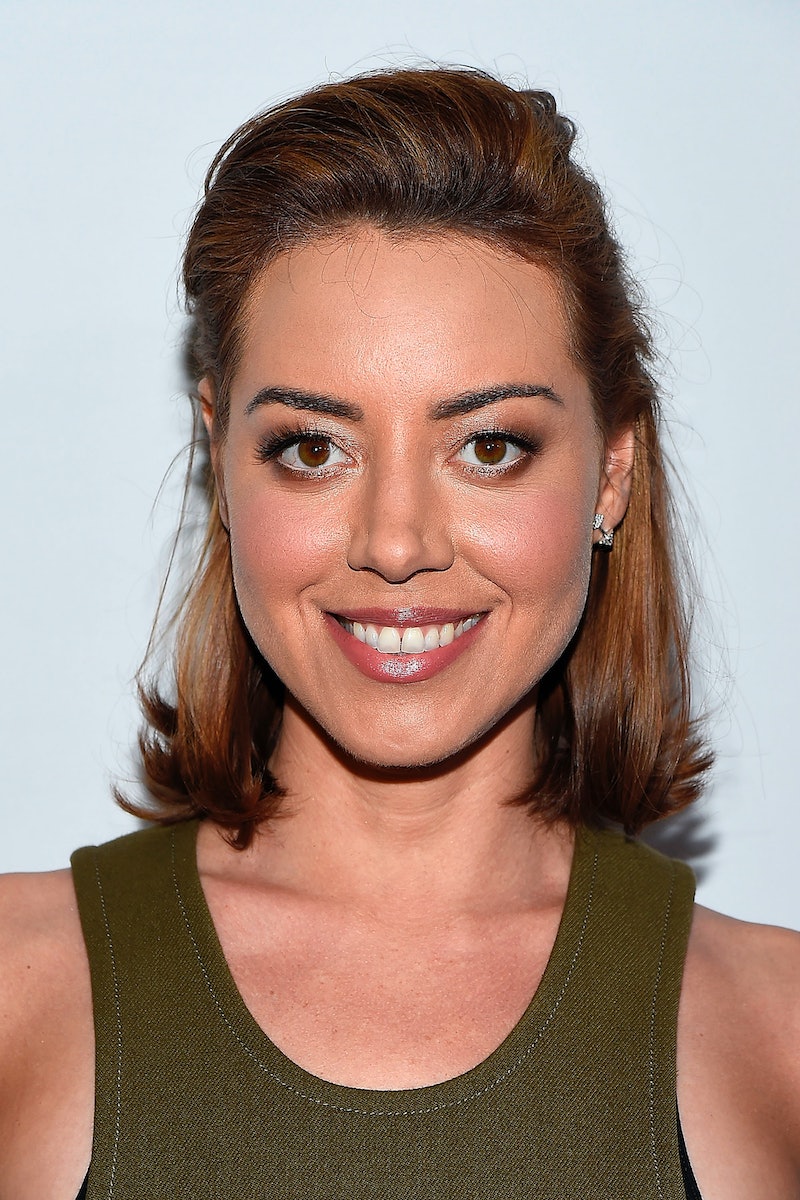 The upcoming dramedy Ingrid Goes West is a must-see — full stop. It's hilarious, pointed, and has a lot to say about the digital age. And on Tuesday night, Bustle and Neon hosted a screening of the film with star Aubrey Plaza and director Matt Spicer in attendance. The pair spoke about their complicated relationships to one of film's biggest topics — social media — in a post-screening Q&A moderated by Bustle's Anna Klassen. Both Plaza and Spicer explain how they relate to the film's jarring yet very real take on culture's social media obsession, and why the film itself isn't actually intended to bash social media. "It's a plea for authenticity," Spicer says. Plaza agrees, explaining how her arduous relationship with social media persists.

"I relate to that impulse to go down a rabbit hole, spending your time fixated on other people and other peoples' lives," she says. "I can really relate to... wanting something that they have."

The film follows Ingrid (Plaza), a woman who becomes so obsessed with boho-chic, LA social media influencer Taylor (Elizabeth Olsen) that she literally tries to be her. She successfully stalks her and ultimately becomes her friend. At one point, Taylor (who boasts about a quarter of a million instagram followers) tags Ingrid in a photo, and Ingrid is besides herself. She literally frames a copy of the instagram. But even Plaza, who's pretty low-key on the app, can relate to getting excited over a like or two. "It sometimes goes against every instinct in my brain," Plaza says, referencing the want she sometimes feels to post and feel validated about moments in her life.

While the actor and director admit social media does have positive aspects, they admit that it's hard to ignore the constant competition it can also create. "I just relate to the idea of wanting to be liked and have a connection with someone," Plaza says. "The scary part for me is the moments of my day when I just get on there and I'm like, 'Wait a minute, I don't have to do that right now. I could just be present.'"

Ingrid is certainly an eye-opener, as audience members eagerly raise hands to ask their questions at the end of the Q&A. As hard-hitting as the material is, the night ends on an optimistic note: how negativity on social media can be conquered.

"I feel like the only way to combat it is to be constantly aware of its impact," Plaza says. "We should all have a responsibility to each other as human beings... just be more conscious."

The director chimes in, saying, "The best ending for us was if people leave the theater and start to think, 'Why am I posting this?' and 'What am I hoping to get out of that?'"

As an audience member, I can confidently say his mission was accomplished, because I haven't stopped thinking about it since.