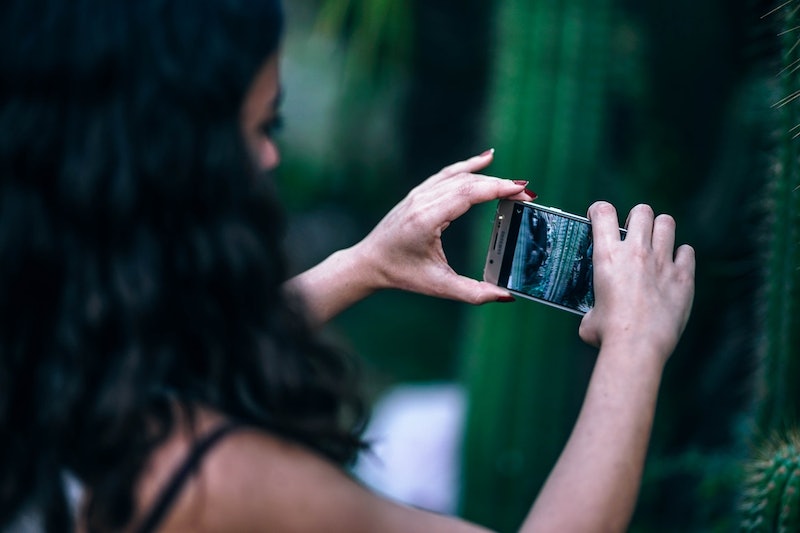 Remember how excited you were when the first camera phone came out in the early 2000s? Taking photos on your phone has evolved quite a bit since then, and now all of the photo editing tricks you can utilize on the new iOS 11 for your iPhone are going to help you up your photography game even more. With each new iPhone iteration, and each new iOS release, photo capabilities improve dramatically. The iOS 11 update, set to be released on Sept. 19, is no exception. This update is loaded with new photo features, including myriad live photo options. While this update isn't going to turn your iPhone into a fancy SLR digital camera, it goes a long way toward improving photo quality.

"These upgrades will help you make your Live Photos livelier, surprise you with photos you totally forgot about, keep your photos and videos organized, and more," Kevin M. reported for iOS Gadget Hacks. "The new [iOS 11] Photos app still has a long way to go before it will replace all of your third-party editing apps, but it's inching closer and closer with each new upgrade and feature, and iOS 11 is just the next step in that progress."

The iOS 11 update, which Apple is set to release on Sept. 19, includes some pretty rad photo editing tricks, and it also introduced something that will reduce the amount of space your photos and videos take up on your phone. Check out these iOS 11 photo editing hacks for iPhone to get started.

Live Photos have been around for a couple of years, but editing them was a big pain. And, while iOS 10 eventually added the ability to edit, crop, and add filters to Live Photos without breaking the animation, it still wasn't enough in terms of editing capabilities, according to iOS Gadget Hacks. iOS 11 has added more Live Photo editing options.

"Live Photos can now be edited to change the still thumbnail, the image you see before using 3D Touch to see and hear the animated portion — and the image that appears to non-Apple users," Kevin M. explained. "So if the default still image isn't very pleasing to look at, you're no longer stuck with it. Plus, you can trim Live Photos now, allowing you to hide the unsatisfactory sections from being shared."

2. Turn A Live Photo Into A GIF

One of the best new features for Live Photos with iOS 11 is the ability to turn any Live Photo into a GIF. New Live Photo effects, like Bounce and Loop, allow you to turn your Live Photos into shareable GIFs, which is definitely going to up your meme-making game. Depending on the applied effect, your photo will either loop indefinitely or cycle back and forth, according to iOS Gadget Hacks.

3. Get A Long Exposure

The Long Exposure trick for iOS 11 is super profesh, and best used with a tripod. "The phone needs to be incredibly stable, and it works best with a subject staying still while the background moves, or vice versa," Julian Chokkattu reported for Digital Trends. A long exposure can highlight a contrast between the foreground and background. For example, you can have a person in sharp focus in the foreground and have the background appear blurred, just like a professional photographer.

If you want to shorten your Live Photo, the iOS 11 update lets you trim and clip your Live Photos to the length you desire. "Just go into the edit options, grab an arrow on either side of the video strip, then move it inward to where you want," Kevin M. explained. "Repeat on the other side if you want, then hit 'Done' to finalize."

With iOS 11, editing and enhancing your photos just got a lot more intuitive. "What really sells me on the new Photos is how easy it is to make adjustments to your pictures using just a few sliders — all without needing another app," Raymond Wong reported for Mashable. "Tapping the Edit button on a photo brings up a couple of tools, including an auto-enhance, crop, filters and image adjustments."

It's no secret that Instagram's filters are far superior to the ones that come on your iPhone. However, the iOS 11 update includes some new photo filter options that you might actually use. "iOS 11’s new filters are more subtle, aesthetically pleasing, and natural looking than the previous batch. Plus, they can be applied directly in the window as you take your shot — in addition to option to apply the same filters while editing," Jackie Dove reported for Tom's Guide.

To use the new iOS 11 screenshot feature, you just take a screenshot the same way you always have. Next, you'll see a preview thumbnail in the bottom left corner of your screen. It will hover there for about five seconds, and then disappear if you don't interact with it. Just being able to access your screenshot immediately — without changing screens — is pretty great. Once you select the thumbnail you can edit, doodle, and share your screenshot instantly without leaving your current screen.

The good news about iOS 11 just keeps coming, but these updates to Photos just might be my fave.