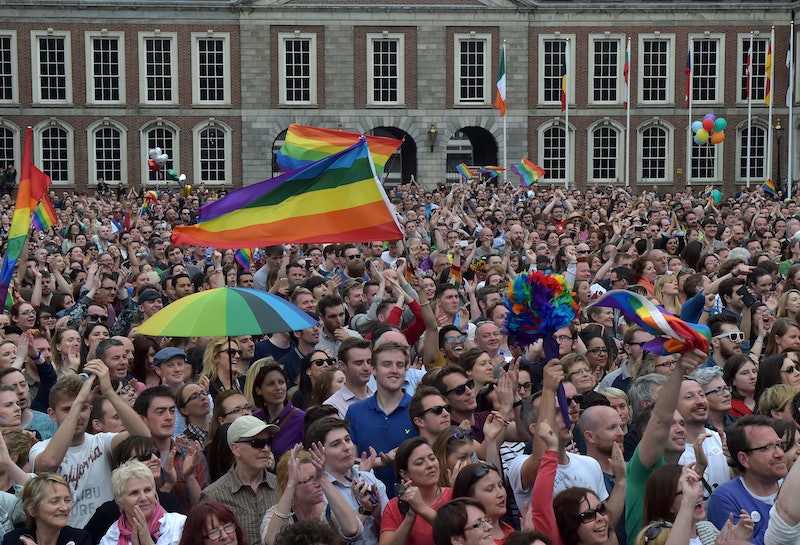 On Friday, Irish politician Leo Varadkar was elected leader of the ruling Fine Gael Party, which means he'll be the country's next prime minister. With Varadkar's win, Ireland has elected its first openly gay prime minister, and that's a big deal for a number of different reasons.

For one, not very many openly gay politicians have been elected to lead their countries' governments. Prior to Varadkar's victory, there were only three: Luxembourgish Prime Minister Xavier Bettel, Belgian Prime Minister Elio Di Rupo, and Iceland's Jóhanna Sigurdardóttir, who became the world's first openly gay elected prime minister in 2009. (This tally doesn't include politicians who came out after they were elected, or not at all.) Varadkar has now joined the club, and the number of countries worldwide that have elected an openly gay leader has grown by one. That's a significant milestone for LGBT progress in and of itself.

The broader reason that Varadkar's victory matters, though, is the message it sends. The same way that former President Barack Obama's election in 2008 demonstrated to young black children that the presidency wasn't off limits to them, Varadkar has demonstrated to LGBT children, that they, too, can become prime minister if they so desire. Their sexuality or gender orientation won't prevent them from doing so. It's a simple concept, but the symbolic importance of that can't be understated.

Although Ireland is a socially conservative country in many regards, specifically with regard to abortion rights, it made history in 2015 by becoming the first country to legalize same-sex marriage through a popular vote, as opposed to a law or court ruling. On the marriage equality referendum, "Yes" won by a whopping 24 points, so perhaps it's not surprising that Ireland has elected an openly gay politician to run the country. In fact, Varadkar himself came out publicly earlier in the year, and some have suggested that his doing so provided a boost to the "Yes" campaign.

All of this warrants a two caveats, however. First, thanks to Ireland's parliamentary system, Varadkar wasn't elected directly by the Irish people; rather, he won a leadership election within Fine Gael, which was already the ruling party in the country.

Second of all, it must be noted that despite his trailblazing victory, Varadkar is a conservative politician who's hated by many progressives in Ireland. He's often compared to Margaret Thatcher, and has championed several policy initiatives — such as cracking down on so-called "welfare cheats" — that are pure anathema to the left.

Varadkar won't merely be the first openly LGBT politician to become prime minister of Ireland. He'll also be the youngest, at 38 years old, and the first person of Indian descent to hold the position. He will take office on June 13th.