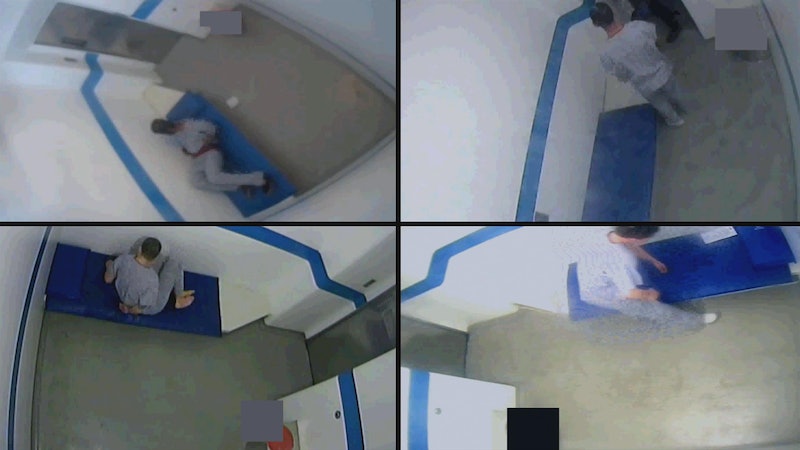 Yes, it is, and that's just what makes it all the more heart-thumping. The Radio Times revealed just how real the documentary is when they shadowed its production team back in June 2017. During the paper's time as a fly on the wall to the fly-on-the-wall documentary, they found that a remarkable amount of police and people in custody were actually willing to speak to the cameras.

"What really strikes me is that none of the police officers or their suspects seems remotely interested in the fact that a TV crew is watching and recording their every step," the reporter wrote.

Simon Ford, the documentary's creator, reasoned that this might be because 24 Hours in Police Custody takes place in an environment where people don't feel listened to. Because of that, those in custody generally "want to tell a bigger story. They want to give an explanation of themselves: ‘It’s because of my drug addiction’ or ‘because I was abused as a child’ or whatever.”

Ford also likened his documentary to a reality TV show, noting how the reported 76 remote-controlled cameras used to shoot the show are "the same type that were used in the first series of Big Brother."

However, the show cannot be 100 percent real 100 percent of the time, Ford explained. If a member of the public calls 999, and the crime is subsequently featured on the show, Ford and his team are duty bound to disguise that person's voice. "We’ll change the pitch, or turn a male voice into a female one,” he told the Radio Times.

And knowing all of this — knowing how real the show truly is — makes the knife crime episode on Monday, March 25 even more harrowing. In it, CCTV footage of the stabbing of Azaan Kaleem, which took place in broad daylight in Luton, was shown. The 24 Hours in Police Custody team gained permission from Kaleem's mum, Roseann Taylor, to use the footage, the BBC reports. Taylor greenlit the inclusion of the footage in the hope that it would raise awareness about knife crime. Taylor allow appeared in the episode herself.

As reported by the BBC, Taylor said:

"The reason I agreed to that footage being used is because I can't tell you in words what was going through my mind. I can try to describe it but it wouldn't resonate. It's indescribable. It's important to me that people watch this footage and realise how quickly a situation can escalate, as well as realising the consequences where weapons are involved. So many people have been impacted by what happened to Azaan, and I hope that nobody else has to go through what we have been through."

With the help of shows like these, the hope is that less people will have to.