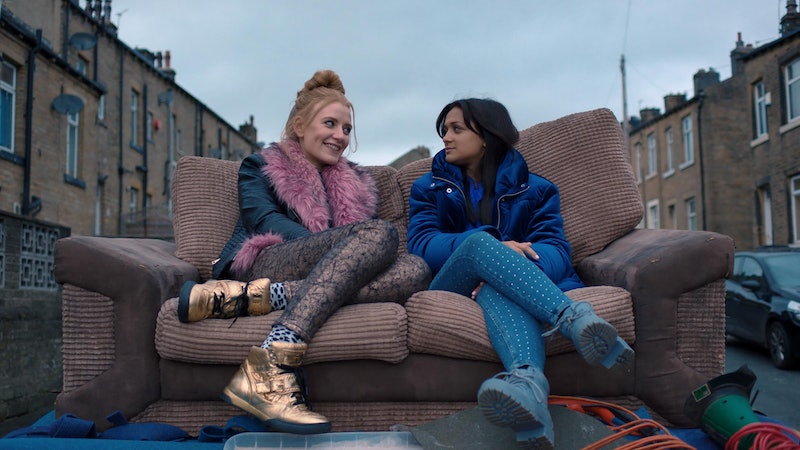 Class is once again in session at Ackley Bridge College because the Channel 4 drama is back for another series. Ackley Bridge Series 3 will pick from where the previous outing left off, and as well as welcoming back some familiar faces, viewers will be introduced to a string of new characters. The series is set within a fictional school in a West Yorkshire town, but is Ackley Bridge a real place?

According to the Express, Ackley Bridge is a fictional Yorkshire town. However, production does take place within the West Yorkshire region, and filming was previously carried out in locations such as Halifax, Calderdale, and Leeds. As reported by iNews, the location used for Ackley Bridge College is the former St Catherine’s Catholic High School in Halifax, which closed down back in 2013.

Actor Adil Ray, who portrays the character of Sadiq in the series, has discussed the experience of filming in the town of Halifax. He said, "I’ve really loved Halifax this time around. It was freezing in the winter but when the sun’s been out it’s been lovely! I’ve managed to have a day off here and there and have a little wander round. I’ve been to fantastic places like The Piece Hall and Square Chapel Arts Centre. I went to university just down the road in Huddersfield, so it is a place that is really quite close to my heart. I’m so glad to be back here."

Although many aspects of Ackley Bridge aren't based in reality, the inspiration behind the Channel 4 series was inspired by true events. According to the Radio Times, the drama is based on real-life schools in both Lancashire and Yorkshire — some of which were specifically set up to help integrate white and Asian communities in ethnically divided towns across the two regions.

As reported by iNews, the third season of Ackley Bridge will return for eight brand new episodes, the first of which airs tonight at 8 p.m. on Channel 4. As mentioned previously, the new season will also see the arrival of some fresh cast members, including the likes of Downton Abbey star Robert James-Collier as Deputy Head Martin Evershed, and Charlie Hardwick as the new Director of Behaviour, Sue Carp.

James-Collier has previously revealed that he is "thrilled" to be joining the latest series of Ackley Bridge. In an interview with Channel 4, the actor said, "I am thrilled to be asked to play the part of Martin Evershed, the new Deputy Head At Ackley Bridge. Such fearless and talented young actors bring a special spirit and energy on set and I hope I can learn from that and add to it in my own way." Fellow newbie Hardwick also expressed her excitement at joining the Channel 4 series, and has praised the show's "brilliantly sharp story-telling which tackles the desires and concerns of a diverse school of young people and their community head on, in full-beam."