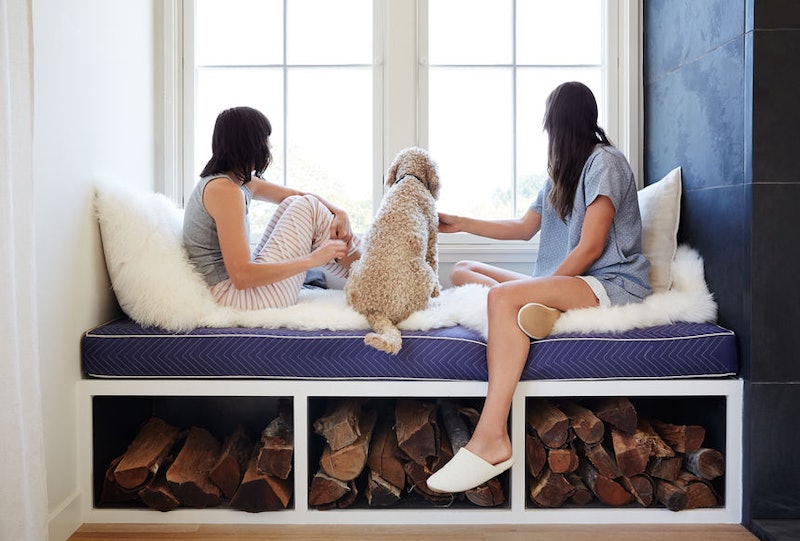 Almost every person will have anxious thoughts at some point in their life, but an anxiety disorder kicks these feelings up several notches. The worry can become so severe that it manifests itself physically with symptoms ranging from shaking and nausea to insomnia and heart palpitations. But the specific causes of anxiety are still being researched. One school of thought is that the condition is in some way inherited. So is anxiety hereditary?

A review published in the Journal of Psychopharmacology found there were more than eight million cases of anxiety in the UK in 2010. (The overall UK population is estimated to be 66 million, according to the Office for National Statistics.) As the NHS states, there are a number of anxiety disorders. Generalised anxiety disorder (GAD) affects up to five percent of the UK population. Other conditions that fall into the anxiety bracket are panic disorder, obsessive compulsive disorder (OCD), post-traumatic stress disorder (PTSD), and phobias.

A variety of factors are thought to play a role in the development of GAD, including an imbalance of mood-regulating chemicals, overactivity in certain areas of the brain, traumatic experiences, and genes inherited from parents. According to the NHS, a person can be five times more likely to develop the disorder if they have a close relative with the condition. There also appears to be a familial link with OCD development.

Experts believe that a combination of biological and environmental factors contribute to the onset of anxiety. Consultant psychiatrist and visiting professor at King's College London's psychology department David Veale tells me that "anxiety disorders are about 40 percent hereditary." The rest, he says, is "linked to the environment."

"Genetic factors are probably important in the personality dimension of anxiety-proneness (sometimes called 'neuroticism') which places people at higher risk of various anxiety disorders," says David Baldwin, professor of psychiatry and head of mental health at the University of Southampton's faculty of medicine. "This may explain why a family might have members with differing conditions such as panic disorder and obsessive compulsive disorder."

But Baldwin, who is also a clinical advisor for the Anxiety UK charity, adds that other causes of anxiety in later life "such as adverse experiences in childhood and adolescence" are also important. "In most patients, a range of familial, developmental, and environmental factors have contributed to anxiety," he concludes.

There isn't a huge amount of research into the genetic part. A 2015 study scanned the brains of young rhesus monkeys. Some had shown symptoms of anxiety; others had not. The findings — which were published in Proceedings of the National Academy of Sciences — showed three parts of the brain were linked to anxiety and found evidence of heritability in these areas. Researchers stated that family history could account for 35 percent of early anxiety variation.

A newer study by the same researchers scanned the brains of more rhesus monkeys. Published in 2018 in the Journal of Neuroscience, it found that monkeys with increased anxiety levels had higher activity in two parts of the brain's reward system — the central nucleus of the amygdala (Ce) and the bed nucleus of the stria terminalis (BST). The connectivity between these two regions was demonstrated to be hereditary.

Figuring out how genetic (and potentially hereditary) aspects react with the environment to form an anxiety disorder is the focus of a huge new study. Genetic Links to Anxiety and Depression (GLAD) aims to recruit 40,000 people across the UK who have been diagnosed with anxiety or depression. Experts hope to find genetic causes and to use these causes to develop more effective treatment.

How long that will take exactly is still unclear.

If you are struggling with anxiety and need help or support, visit Anxiety UK.