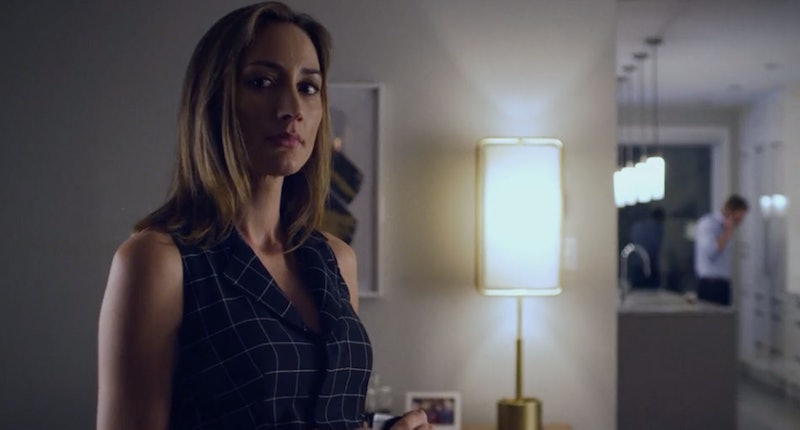 If you've ever sat around and thought to yourself — What if The Babysitters Club was a horror movie? — then you should definitely check out Lifetime's new movie The Babysitter's Revenge, which isn't based on a true story, but will definitely make you think twice before hiring a teenage girl to watch over your little ones. Not to mention you'll never be able to think of The Babysitter's Club the same way again. Oh to think what those girls may have been capable of. (Kidding, of course. That book series is pure '90s gold.)

The Babysitter's Revenge centers around teenage babysitter Carrie Dawson, who finds her world turned upside-down after a humiliating family scandal comes to light. However, Carrie soon learns that the town's Queen Bee, Madeline Cooper, may be to blame for everything that's happened to her, prompting Carrie to go on a mission of revenge by any means necessary — even if it means digging up some of Madeline's own secrets in the process.

Needless to say, this premise has all the ingredients of a classic Lifetime movie: horror, suspense, intrigue, an overly dramatic plot. But thankfully, it is completely a work of fiction, which means no part of the storyline or characters are based on real events or people. That being said, the dark storyline may call to mind another movie centered around a babysitter.

Back in 1991, Christina Applegate starred in a film called Don't Tell Mom the Babysitter's Dead, which served as a coming of age comedy despite its seemingly dark premise. When their mom leaves for the summer, Applegate's character Sue Ellen and her siblings are forced to contend with the fact that they've been put in the hands of an old and very mean babysitter who seems determined to make their summer as miserable as possible.

However, when the elderly woman abruptly dies in her sleep, Sue Ellen decides to get a job and lie about her age so that they can experience a full summer without any parental supervision. But she soon discovers that adulthood isn't all its cracked up to be.

Thankfully, neither babysitter film is based on real life nor are they even all that similar in plot, but they'll definitely leave you on the edge of your seat and give you a deep appreciation of how far teenage girls will go in order to get what they think they deserve.