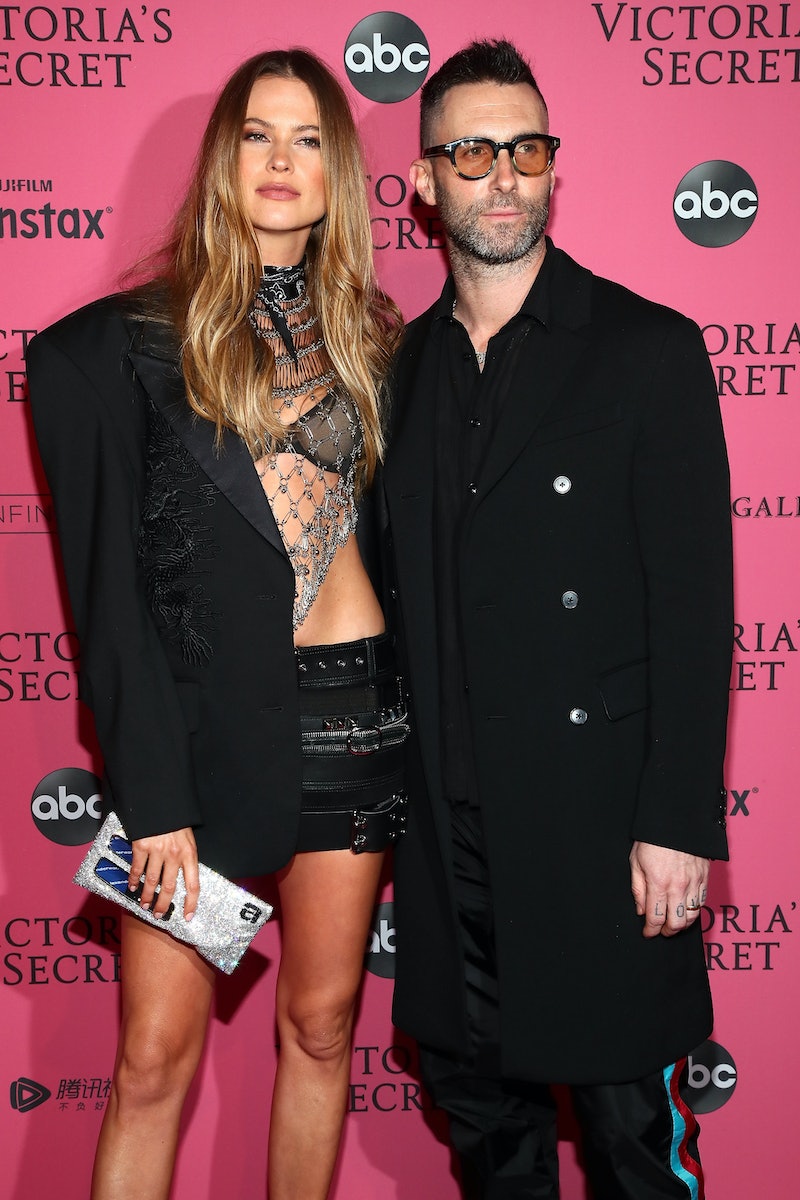 Maroon 5 is headlining the Pepsi Super Bowl halftime show on Sunday, Feb. 3. Eagle-eyed fans of the band will be on the lookout if Behati Prinsloo will be at the 2019 Super Bowl. Rest assured, Prinsloo has already posted via Instagram that she's in Atlanta, Georgia for the Super Bowl, continuing her loving support of her husband's band.

On Saturday, Feb. 2, Prinsloo posted a photo of Maroon 5 entering Mercedes-Benz Stadium in Atlanta, and wrote in the caption: "Once in a life time....so proud of these boys @maroon5 #superbowl53." A few days earlier, Maroon 5 frontman Adam Levine confirmed to Entertainment Tonight that his supermodel wife will be in attendance. However, it seems that the couple's young daughters, Dusty Rose and Gio Grace, will not be at the big game.

But Levine planned to wear a sweet shoutout to his daughters in the form of bracelets during the halftime show. "I am going to wear daddy bracelets so they can see that I am representing them well," the singer told ET. "They get to watch on TV. I am sure they prefer that too, instead of the chaos."

Prinsloo has always been super supportive of Levine and his longtime band. She has appeared in the band's music videos for the songs "Animals" and "Girls Like You." In fact, Prinsloo and Levine began dating in 2012 when Levine had been looking for a model to be in one of Maroon 5's music videos, as Prinsloo told Andy Cohen on an October 2018 episode of Watch What Happens Live.

“He got my information through a mutual friend," she said on the show. "He was trying to get a girl for a music video. I couldn’t do it, but we started emailing. It was like weeks and weeks. And then finally, I went to L.A. for a job, and we met. And it was honestly less awkward. We felt like we knew each other. It was kind of love at first sight because we had that constant back and forth.”

The couple got married in 2014 in a Cabo San Lucas wedding that was officiated by actor Jonah Hill.

Levine has supported Prinsloo's career as well. Last year, he attended the Victoria's Secret Fashion Show as she walked in the event. “He hasn’t been able to come for a few years because there was always conflict with The Voice, and this year it worked out, so I’m super excited," she told People in November 2018.

And now, Prinsloo will be cheering on Levine and Maroon 5 as they perform during the Pepsi Super Bowl halftime show.