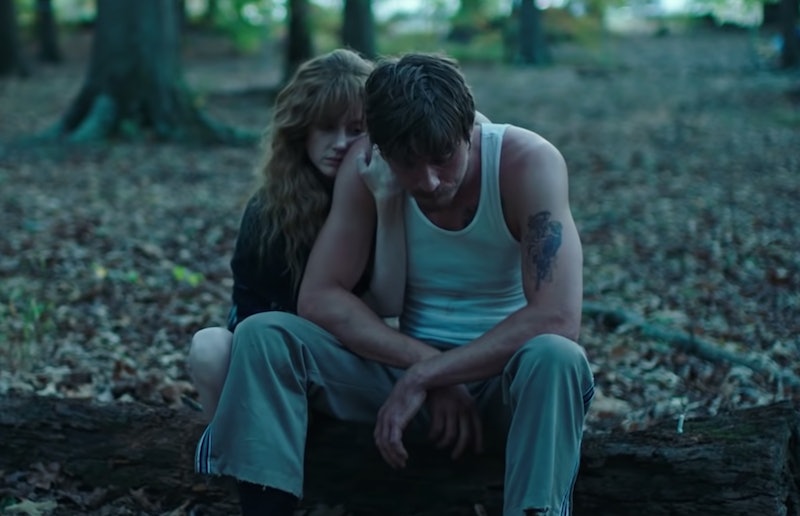 Writer-director Andrew Heckler (Saw, Insidious: Chapter 3) spent 20 years developing Burden, and when it premieres in theaters on Feb. 28, audiences everywhere will get a chance to finally see what all the fuss is about. The film is based on Courtney Hargrave's 2018 novel, Burden: A Preacher, a Klansman, and a True Story of Redemption in the Modern South. What's more, Burden is actually based on a true story that occurred in Laurens, South Carolina back in 1996.

Burden tells the story of Mike Burden (Garrett Hedlund), an orphan raised within the Ku Klux Klan who becomes disillusioned with the hate group at the urging of his newfound girlfriend, Judy (Andrea Riseborough). After refusing to support a shop that's really just a front for a KKK museum, Burden and Judy find themselves isolated from the rest of their KKK-loving town, losing their jobs and their homes in the process. The only people left to show them mercy and take them in is Reverend Kennedy (Forest Whitaker), a Black Baptist preacher, whose family disagrees with this decision.

The movie closely follows the original story. At the film's first premiere at Sundance back in 2018, Heckler spoke about the lengths he went to in order to ensure the screenplay's accuracy. He said he first heard Mike, Judy, and Reverend Kennedy's story, "20 years ago, and it moved me so much that I actually went down to Laurens, South Carolina, and I spent over a month with these people. And I got to know them, and I got to feel them, and I got to witness their cheers, and their laughter, and their hatred, and their love." He goes further, saying that he wrote the first draft of the script way back in 1998, a full 20 years before its debut.

While it is a story about racism and prejudice set in 1996, the message at its core of redemption and unity is one that resonates just as much in today's incredibly volatile political climate. In a statement to The Hollywood Reporter announcing the film's production, Heckler said, "Even though it was written over 20 years ago, unfortunately, Burden is more timely than ever. Now in a time when the world has become so polarized and divided by ethnicity, race and religion, Burden can deliver a powerful message of how extremes can join together to overcome and resolve our differences and hatred through love and tolerance."