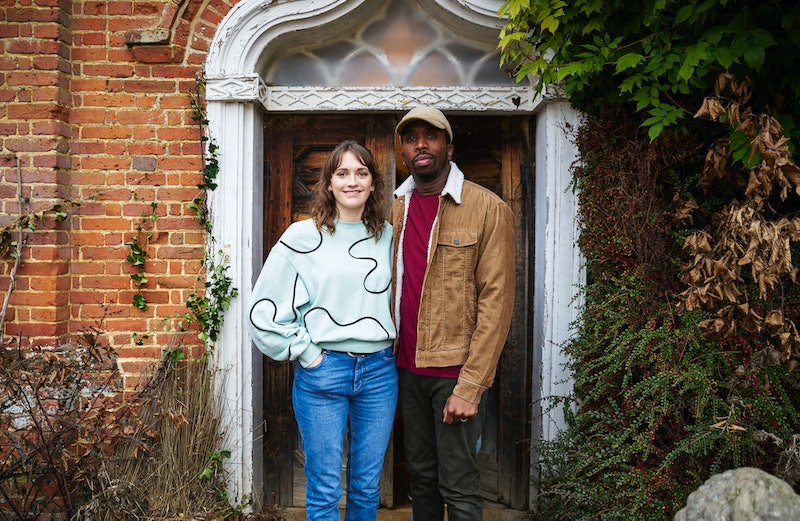 Do you like your creepy with a side of LOLs? If so, I bet you'll have heard all about the new show from the minds of the people behind Horrible Histories. The story is all set in a historical country manor. It's majorly gorgeous and I bet you'll want to visit, even with all those ghosts. Thing is though, is Button House a real place? Because if that's a set, really hats off to them.

OK so this isn't some incredibly expensive and wild set. Nope, it's an incredibly expensive and wild house with — a history to match. One that is a bit horrible in parts actually. There is one key difference though: the name. Button House is in fact the historical manor house, West Horsley Place in Surrey. The beautiful house is super old and huge and dates back to the 15th century. Thing is though, with that amount of house — there's a lot of upkeep. And given that it's several hundred years old, it's definitely in need of some TLC which, according to its official website, it is currently receiving.

The house has had many owners over the years. One particularly famous owner is Henry Courtenay. As the building's website details, his cousin very kindly gifted him the house in 1536. To say thanks for the generous gift, Courtenay's cousin (a serious foodie) laid on an epic 35 course meal to feed him up. Unfortunately that cousin just so happened to be Henry VIII, who just three years later had his head chopped off. A mere three years after he made that lux dinner for him. Honestly, some people have no manners at all.

Since then the house has passed through the hands of other famous owners including Sir Walter Raleigh's son Carew Raleigh. Any fans of the Earl of Surrey Henry Howard's sonnets might be familiar with Lady Elizabeth Fitzgerald the subject of "Fair Geraldine."

Its current owner is Bamber Gascoigne who presented University Challenge between 1962 and 1987. In 2017, he spoke to the Express about the house's architectural history. "The historical consultants got very excited about the derelict areas because they were able to see the 15th-century timbers better than anywhere else. The architectural excitement around the place is very great.

He said: "We were going round the house with one expert when he suddenly said: 'Gosh, this is absolutely fascinating!' I asked him what and he said: 'This is a 17th-century door and they have reused a 16th-century hinge!'"

The house has also been used as a location for films like My Cousin Rachel and more recently for spooky new comedy Ghosts. And where better a place to shoot a show about people living in an old mansion?

Ghosts is the story of a couple who inherit an old manor house, Button House, and decide to move in and give the place a whole new lease of life. A lease of life that includes a refurb and developing it into a hotel. However, that is not to the liking of the current occupants of the house, the ghosts. From a caveman to a scout leader, and a few gents missing their heads — this motley crew ain't going anywhere. This show is a perfect combination of creepy and funny and is really not to be missed.