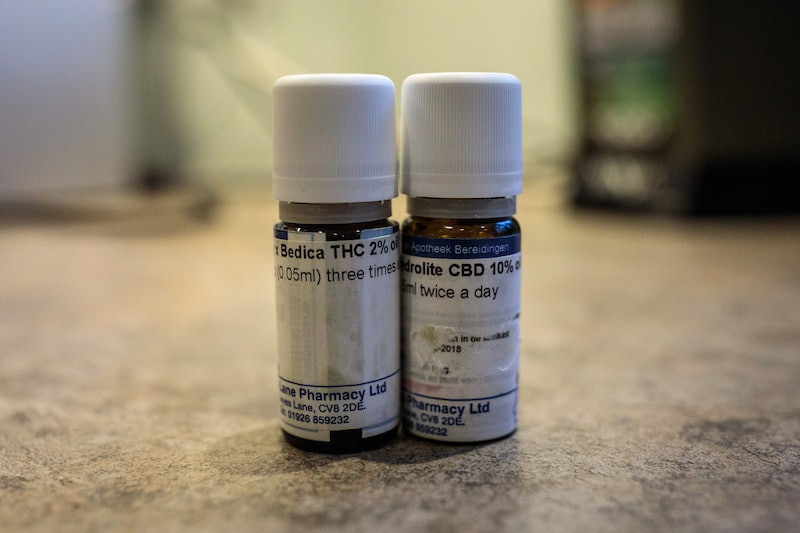 Although a growing number of states have legalized marijuana, taking the plant itself on airplanes is still strictly prohibited in the U.S. However, the TSA announced over the weekend that hemp-derived CBD is now allowed on flights, as long is it meets certain federal standards.

CBD, also known as cannabidiol, is a chemical element in marijuana that's been used to treat epilepsy, anxiety, glaucoma and a variety of other medical conditions. Unlike THC, the other primary chemical element in cannabis, CBD is non-psychoactive, so it causes only physical, as opposed to cognitive, changes in people who use it.

Over Memorial Day Weekend, the TSA updated its website to announce that it will now allow a certain subset of CBD products on airplanes. It's a result of the 2018 farm bill, in which Congress legalized hemp and CBD that's derived from hemp.

It's worth stressing that not all CBD products will be allowed on airplanes. According to the TSA, "products/medications that contain hemp-derived CBD or are approved by the FDA are legal" to take on airplanes only if they are "produced within the regulations defined by" the farm bill. As the Brookings Institute explains, only certain CBD products actually meet that definition, meaning that in practice, many CBD products are still prohibited on flights.

For instance, CBD that's derived from cannabis, as opposed to hemp, is still illegal in almost all cases, so you can't take "CBD-only" strains of marijuana on airplanes. The Brookings Institute also notes that, under some state laws, a product can be marketed as "CBD-only" if it contains less than .3 or .5 percent THC. But federal law still still prohibits the sale and possession of any THC, and so such products are still forbidden from airplanes.

There is one instance in which the TSA will allow marijuana-derived CBD products on airplanes, however. The agency's guidance is based on the language in the farm bill, which gave the green light to CBD products that are either derived from hemp or that have gained FDA approval regardless of the source of the CBD. There's currently one FDA-approved drug that contains marijuana-derived CBD: Epidiolex, which is used to treat epilepsy. Epidiolex, and any other future FDA-approved drugs with CBD in them, will be allowed on flights under the TSA's current guidance.

A spokesperson for the TSA told Marijuana Moment that Epidiolex prompted the change to the agency's website.

“TSA was made aware of an FDA-approved drug that contains CBD oil for children who experience seizures from pediatric epilepsy,” the spokesperson told Marijuana Moment. “To avoid confusion as to whether families can travel with this drug, TSA immediately updated TSA.gov once we became aware of the issue.”

As recorded in the Federal Register, the FDA will be holding a public hearing on Friday about CBD and other cannabis-related matters. MarketWatch reports that the hearing will focus largely on the legality and regulations surrounding CBD; according to the Federal Register, the FDA "does not intend for this hearing to produce any decisions or new positions on specific regulatory questions," but the hearing "is expected to be an important step in our continued evaluation of cannabis and cannabis-derived compounds in FDA-regulated products."