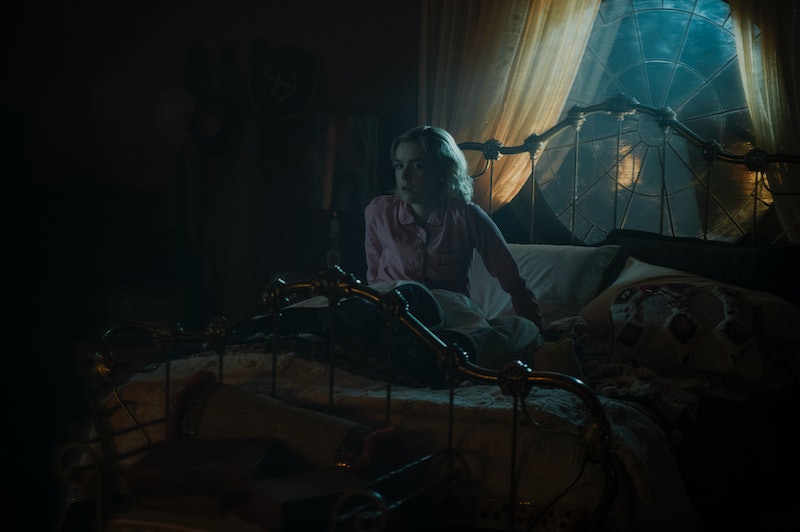 It depends on how you feel about casual Satan worship, really. That's not just me being glib — the show almost literally dances with the devil. Sabrina is part of the Church of Night, and has been preparing to sign the Book of the Beast on her 16th birthday — but it's presented as normal in the world of the show. There are a few jump scares here and there, and a fair amount of blood and gore. There are spiders, ghost children, demonic possessions, and, well, Satan himself.

But despite the presence of magic, there are real stakes on Sabrina, and the characters are often in actual mortal peril. Many of the teens on this show are alarmingly down to murder and maim. However, while horror fans may appreciate the dark tone, squeamish would-be fans can enjoy it as well. It's like horror... but make it cute!

There's also a lot of humor in the series. While a bit scarier, the nonchalant dry humor of Chilling Adventures of Sabrina has a similar tone to Buffy the Vampire Slayer and Angel, particularly when it comes to those demons. It's not quite as "quippy" as a Joss Whedon series, but it's not as campy as its predecessor, Riverdale, or Ryan Murphy's American Horror Story.

Of course, what's chilling to one person may be thrilling to someone else. In the series pilot, Sabrina grins with glee while her friends scream at a zombie movie. Scares and laughs are objective.

So, feel free to use my tastes as a guide. Unlike the young witch, I'm not what one would consider a horror fan. While I do love comedic/satiric thrillers like Get Out, What We Do In The Shadows, and Cabin in the Woods, I'm not too proud to hide my eyes the second I sense something about to jump at me or hurt a character I've grown emotionally attached to — it's the self-preserving Slytherin in me, I guess. Dexter was too scary for me, back in the day, but I enjoyed every hair-raising second of Castle Rock last summer.

You can trust me, fellow wusses; I'm not going to lie to you and condescendingly say something "isn't too scary" when it really, really is. Sabrina won't give you nightmares, I promise.

On the flip side, there's still plenty for fans of horror and the occult to enjoy. While the actual show may not tingle your spine, the content is deliciously wicked. In sum: There's a balance between chilling and chill that should please everyone.

More like this
‘Squid Game’ Creator Hwang Dong-Hyuk Just Dropped A Major Season 2 Tease
By Brian Anthony Hernandez and Bustle Editors
Mike Flanagan Teases 'The Midnight Club' In This Exclusive, Creepy Clip
By Grace Wehniainen
Paul Mescal, Man Of Mystery
By Samantha Leach and Heather Hazzan
'The Rings Of Power' Episode 6 May Reveal Sauron’s Identity
By Grace Wehniainen
Get Even More From Bustle — Sign Up For The Newsletter