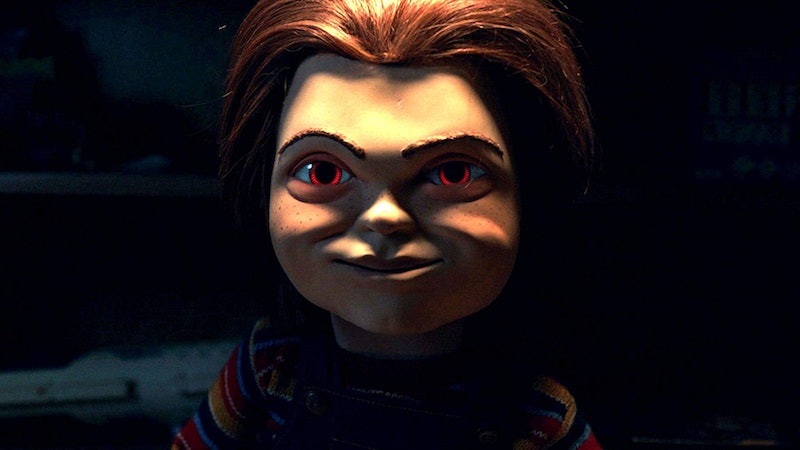 Horror films often take inspiration from real life — sometimes from serial killers and true crime stories, others from reported hauntings and exorcisms. (The Conjuring film series, for example, is based on the very real couple, Ed and Lorraine Warren and supernatural events they supposedly witnessed.) And though the 2019 remake of Child's Play transforms the murderous doll into a tech toy gone haywire, in the original 1988 movie, Chucky is a doll possessed by the spirit of serial killer Charles Lee Ray (Brad Dourif). But Charles Lee Ray is fictional, and Chucky is not based on a real doll — not a real cursed doll at least.

Some publications, such as The Sun, link the original Chucky to something called "Robert the Doll." According to the legend, the 40-inch, sailor-suited, wood-stuffed figure — which is currently on display at the East Martello Museum in Key West, Florida — was gifted to Robert Eugene Otto in 1906 by his Florida-based family’s Bahamian maid, who supposedly practiced "voodoo." The child told his parents that the doll mutilated his other toys, and knocked furniture over during the night. When the old house was eventually bought by a new family in the '70s, Robert was found in the attic and given to the 10-year-old daughter, who claimed that Robert tried to kill her. At least that's what the story says. Florida Weekly reports that no 10-year-old girl ever lived in the Ottos' home.

While this does sound a lot like the plot line of the first Child's Play, The Hollywood Reporter says that original screenplay writer Don Mancini was actually inspired by the Cabbage Patch Kids and My Buddy doll crazes in the '80s, as he was intrigued by how marketers stoked kids' need to have the latest hot commodity. Mancini himself told Entertainment Weekly that the story was also influenced by his father’s job experience as a pharmaceutical company’s liaison to ad agencies in New York City.

“Because of my exposure to the world of advertising and marketing through my dad, I was very aware from an early age of the cynicism inherent in that world, particularly selling products to children,” Mancini told director Mick Garris on his podcast, Post Mortem. “Madison Avenue refers to children as ‘consumer trainees’ and I discovered that as a child. I thought, I wanted to write a dark satire about how advertising affects children.”

Many horror stories are meant to be commentary on our fears and the troubles plaguing our society. Invasion of the Body Snatchers (1956) portrays Cold War anxieties through an alien invasion; Night of the Living Dead (1968) is rife with references to race relations and the Civil War; and Rosemary's Baby (1968) deals with rape culture and consent. And while Mancini's Child's Play points a finger at advertising and consumerism, the remake focuses on the control we allow technology to have over our lives. This new, upgraded Chucky (Mark Hamill) also has dominion over the family's thermostat, cars, and everything else created by tech company Kaslan.

So while Chucky wasn't inspired by a true story in the direct sense, the ongoing franchise and the reboot are both speaking to real issues beyond what you should do whenever your supposed best buddy is after you.