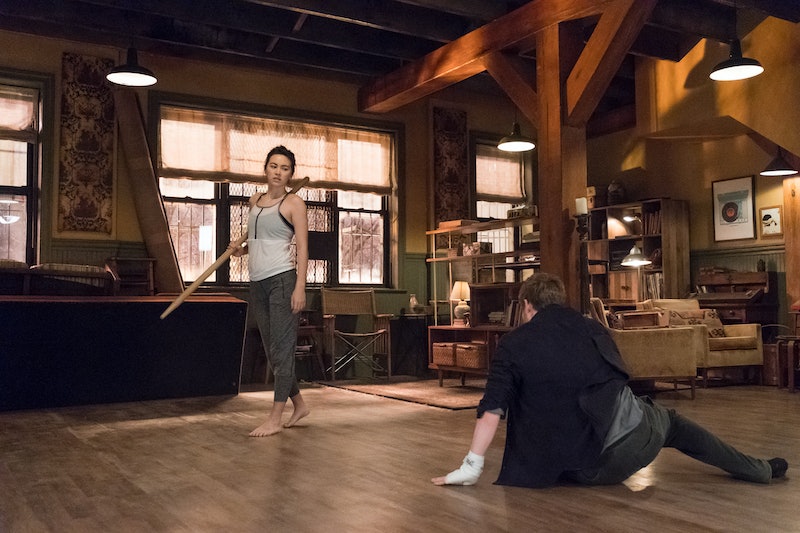 One of the biggest questions that Iron Fist Season 2 grapples with is whether or not Danny Rand deserves the power of the Iron Fist — and if not him, then who does? Over time, Danny himself begins to believe that he doesn't deserve the power and decides that there's only one person in his life who is worth of having a fist imbued with the energy of a dragon's heart, his crime-fighting partner Colleen Wing. There's no guarantee that Colleen Wing can become an Iron Fist when Danny offers to give the power to her, but that doesn't mean she won't end the season as the latest super-powered resident of New York City.

Colleen Wing has a long history in the Marvel Comic books, but at no point in that history does she take up the mantle of the Iron Fist. Iron Fist has taken plenty of liberties with the story of Danny Rand, but giving Colleen Wing the power of the Iron Fist would be an unprecedented change for the character, who is mostly known for being an exceptional fighter without any supernatural assistance. Iron Fist is easily the most supernaturally-inclined of the Marvel-Netflix television shows, but the show may have to bend some rules if Danny wants to bestow the power of the Iron Fist in Colleen.

While the elders of K'un-Lun made the power of the Iron Fist seem like a truly noble privilege, Iron Fist Season 2 starts to suggest that maybe the Iron Fist doesn't always get bestowed upon the most deserving person. The violence that befalls New York following Davos' quest to steal the Iron Fist from Danny and become the only person in New York with a glowing superfist causes Danny to self-reflect and question whether or not the fist is best used in his hands. Sure, he's the one who plunged his fist into the heart of Shao-Lao, but plunging one's fist into a dragon's heart and knowing how to responsibly wield power are two very different skills.

It's hard to deny that out of everyone Danny knows, Colleen would be the most responsible person to bestow the power of the Iron Fist onto, but there's little precedent for someone not from K'un-Lun wielding the Iron Fist. In the comics Colleen Wing gets some superpowers, as nearly every character in superhero comics does at some point, but she's never had power anywhere close to that of the Iron Fist — and the show suggests that a deep bond with K'un-Lun is necessary to wield the weapon, and Colleen has never even been there.

While there's uncertainty about Colleen's ability to properly wield the weapon, there's always a chance that the elders of K'un-Lun place such reverence on the Iron Fist as to prevent too many people from having super-fists. While the K'un-Lun elders would likely say that Colleen isn't worthy, they're not inherently right just because they live in a vanishing mystical city whose entire defense strategy involves eligible candidates fighting a dragon. Colleen Wing has never been an Iron Fist — but perhaps it's time for that to change.