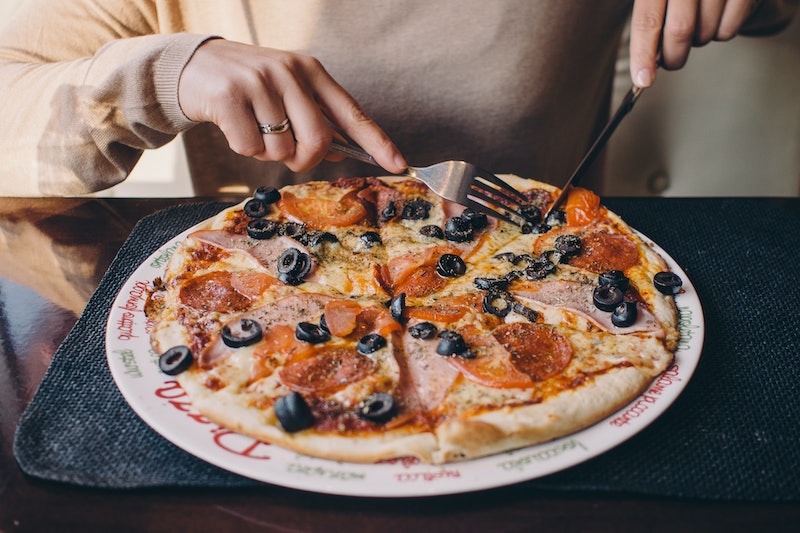 Dairy products such as cheese, milk, and yogurt have been called the drugs of the food world (indeed, they do activate our brain's opioid receptors), and over the years, the addictive foodstuffs have gotten a similarly negative reputation — but, is dairy bad for you, really? According to findings recently published in the European Journal of Epidemiology, dairy products, such as that tasty block of cheddar currently sitting in your fridge, do not increase risk of death from stroke or heart disease. Looks like cheese lovers can breath a huge sigh of relief!

The current research, which consisted of a large-scale analysis of 29 previously published studies carried out by a group of scientists from the UK, Denmark, and the Netherlands, found no associations between dairy and milk and all-cause mortality, coronary heart disease (CHD), or the leading cause of death, cardiovascular disease (CVD). It challenges the long-held notion that the high saturated fat content present in dairy could lead to an increase in health problems.

The review of studies looked at the diets of 938,465 participants over the last 35 years with 93,158 total deaths. Researchers found that the amount of dairy consumed seemed to have no affect on health at all, be it of the high-fat or low-fat variety. "This meta-analysis combining data from 29 prospective cohort studies demonstrated neutral associations between dairy products and cardiovascular and all-cause mortality," notes the study. The only correlation found was positive, with cheese linked to a two percent lower risk of cardiovascular disease. Rejoice, for you no longer have to feel guilty reaching for another slice of aged gouda!

Past research has asserted that consuming high amounts of saturated fatty acids, such as those found in full-fat dairy and butter, could lead to an increased risk of coronary heart disease; however, such a correlation was not found in the present study. Advice to cut back on saturated fats, added sugars, and salt when able remains prevalent, though, with Public Health England recommending that dairy account for no more than eight percent of a diet. "Dairy products form an important part of a healthy balanced diet; however, many are high in saturated fat and salt. We’re all consuming too much of both, increasing our risk of heart disease,” a spokesman for Public Health England told The Guardian. So, in essence: No, dairy may not be as bad for us as we often think, but the key is in moderation.

Researchers hypothesized that perhaps dairy's health benefits equalized the possible negative affects, producing the neutral outcome. "Despite their fat content and composition, milk and dairy products are naturally rich in various minerals (e.g. calcium, potassium), protein, and vitamins (e.g. vitamin A and vitamin B12)," writes the study's authors. "Nutrients including calcium, potassium and magnesium have been suggested to be associated with lower risk of stroke." It seems a glass of milk our parents were so adamant about us drinking really might have led to strong bones.

The study was partially funded by a grant provided by Global Dairy Platform, Dairy Research Institute and Dairy Australia, which is worth noting; however, a statement also remarks that the funders had no input in the study design, findings, or report.

"This supports previous findings that dairy foods, such as milk, cheese and yoghurts, can be part of a healthy, balanced diet," Julie Lovegrove, one of the study's authors, said in a statement. "We will now be investigating the possible ways that dairy foods may impact on health." While dairy might not be so bad after all, it's best to eat everything in moderation — cheese included.