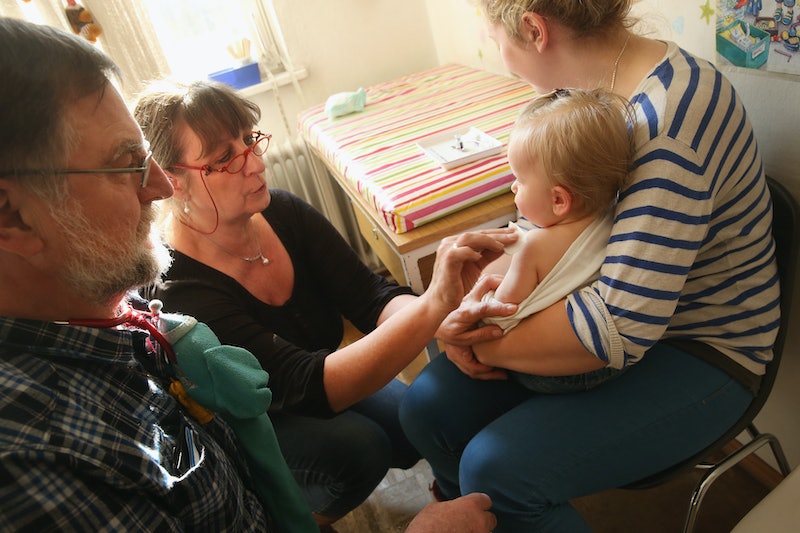 It may seem like a petty complaint to raise in the aftermath of the horrors of the Bowling Green Massacre and the attack in Atlanta, but the Trump administration has been criticized for having a tenuous relationship with the truth. The scientific community, which is planning a march for later this year, has particular cause for concern during a Trump presidency. Trump himself has stated that he believes climate change is a Chinese hoax, for example, and since at least 2014 Trump has used his celebrity to stoke fears about vaccines causing autism, despite a widespread scientific consensus that they don't.

At any rate, vaccine opponent Robert F. Kennedy, Jr., (they're also sometimes called anti-vaxxers), told Stat News on Wednesday that he expects the president to create a "vaccine safety commission." Kennedy told reporters that Trump said that he was "not going to back down," though he also expected that the pharmaceutical industry would fight attempts to question the safety of vaccines.

A Trump spokeswoman told Stat News that "no decisions have been made at this time" about a vaccine safety commission. Regardless, though, Trump's willingness to play fast and loose with the truth — here, the total absence of evidence of any link between vaccines and autism — is still extremely significant. Rejecting the science behind vaccines, to put it bluntly, is a course of action that will inevitably lead to the avoidable deaths of children.

The reason these anti-vaxxer theories are so very dangerous is that societal confidence in vaccines is key for the protection of the whole population. Simply put, there will always be people who actually cannot be vaccinated for medical reasons: children too young to get the vaccine, for example, or people with certain allergies. They are protected from getting the disease in question because so many other people in a population have been vaccinated that the disease cannot spread widely. As things currently stand, 91.5 percent of Americans have received the MMR vaccine, which prevents against measles, mumps, and rubella, highly contagious diseases that can cause infertility, birth defects, and death.

"Even a modest decrease in those rates could be enough to cause future outbreaks," writes Emory University global health professor Saad B. Omer in a Washington Post editorial. Anti-vaxxers, he argues, "provide the tinder for outbreaks to start and spread like wildfire." We've already seen early signs of how such an outbreak might look. In California, a 2015 outbreak caused an estimated 131 people to be infected with measles, a disease once eradicated in the United States.

Anti-vaxxers contribute to an already troubling tendency to politicize established science. If Trump continues to espouse their beliefs — and if he gives them a platform by creating this commission — America will lose decades of public health progress. If unwarranted fears of vaccines cause vaccination rates to drop, outbreaks will inevitably occur. The likeliest victims of these diseases will not be sanctimonious anti-vaxxers themselves (most of whom likely were vaccinated without incident), but unvaccinated children.

More like this
Plan C Vs. Plan B: What's The Difference?
By Lexi Inks
How The City Healed Five Years On From The Manchester Arena Attack
By Ella Glover
Michigan’s Governor Is “Going To Fight Like Hell” To Protect Abortion Access
By Andrea Zelinski
11 Benefits Of Cross-Training
By Carolyn Steber
Get Even More From Bustle — Sign Up For The Newsletter