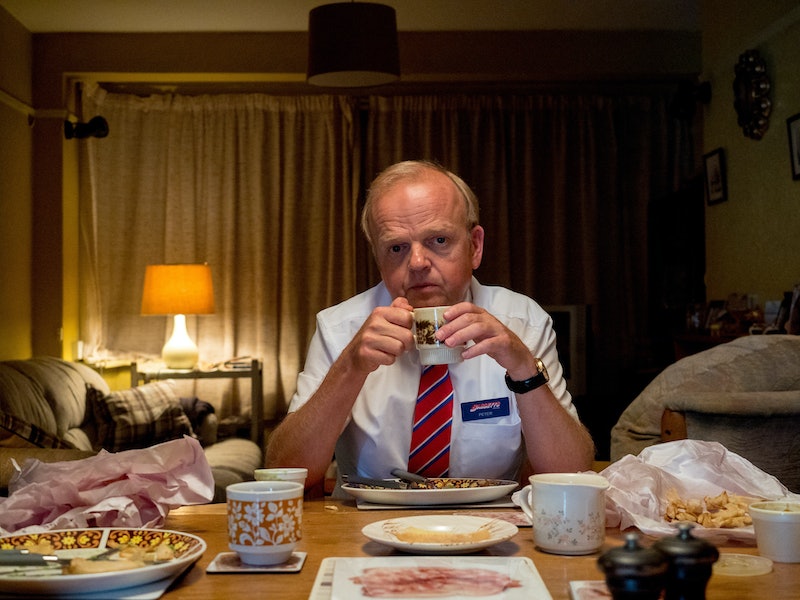 Toby Jones — of Tinker, Tailor, Soldier, Spy and Detectorists fame — is starring in a new BBC2 comedy, Don't Forget the Driver. In it, he plays a coach driver and single father living in Bognor Regis, whose life suddenly changes when something extraordinary and completely out of the blue happens to him. The question is, though: is Don't Forget The Driver a true story? It could lowkey be one of the best comedies of the year, but I'm curious to know where this show creators got their inspiration from.

Set to premiere on Tuesday, April 9 on BBC2 at 10 p.m., as the Radio Times reports, Don't Forget the Driver feels like it's been a long time coming. The BBC originally announced it almost a year ago, on April 30, 2018, revealing that the show would explore "what it means to live, work and parent at a point when the entire UK population is having to come to terms with the changing colour of their passports."

Yep, this is a Brexit-based comedy, so the timing's pretty apt (although I reckon the showrunners were expecting the UK to have left the EU this time last year). So, while it's true to what Britain's going through right now, is there any other truths to Jones' new show?

While Don't Forget The Driver isn't based on true events, it is loosely based on the people and places of Bognor Regis. The sunny seaside spot just so happens to be where co-writer of the series Tim Crouch — a famed and acclaimed playwright — grew up. He told local paper The Bognor Regis Observer on Oct. 5, 2018, that he sought inspiration for the show by "making coach trips out of Bognor in 2014."

Crouch continued: "The local firm, Woods Travel, were very generous and let me chat with the drivers and let me chat with drivers and take notes and photographs." Jones co-wrote the show alongside Crouch, which marks the actor's first time writing for TV, according to The Spectator. In an interview with the paper on March 14, Jones revealed that he and Crouch just so happened to share "a love of coaches and driving them."

However, just because Jones loves driving coaches, that doesn't mean he's necessarily an expert at doing so. In a recent radio interview with Chris Evans, the actor admitted to failing his test to drive a coach. Twice. When Evans asked Jones, "Do you have a [coach driving licence]?” he replied: “I can drive a coach but I don’t have the licence.” In response, Evans joked: “That is like saying I can perform brain surgery but the patient might die!”

Explaining what happened during his test, Jones said:

“I know how to drive the coaches but they failed me twice for driving too fast the first time and too slow the second time. I was really angry about it. I don’t have any reason to drive a coach. They said you have got to take it again, and I said have I? I should, I want to pass it but there’s no point I’ve done the show.”

As well as giving the opportunity for Crouch and Jones to showcase Britain in all of its diversity, the coach driver set-up also really gets to the heart of things — exploring important role strangers can play in our lives. "There’s that sense of responsibility for strangers that suddenly seemed incredibly important to me — someone who has an apparently invisible job being very responsible for strangers," Jones said of his coach driver role in an interview with the Times from March 31. "He’s trying to be a good coach driver and hold down a job. It’s not the greatest job in the world, but you can’t mess it up. You just can’t mess it up."

More like this
'The Undeclared War' Spotlights The Real-Life Threat Of Cyber Attacks
By Maxine Harrison
Alicia Silverstone Has Recreated An Iconic 'Clueless' Scene
By Frances Stewart
“The Door Is Always Open” For Another 'Breaking Bad' Spin-Off, Says AMC Boss
By El Hunt
Hannah Khalique-Brown Has Her Sights Set On 'Strictly'
By Frances Stewart
Get The Very Best Of Bustle/UK